Watch: 'Modi's Vax Celebration Is Misplaced, Premature – We Should Have Reached 1 Billion a Lot Earlier'

In conversation with Professor R. Ramakumar of the School of Development Studies at the Tata Institute of Social Sciences. 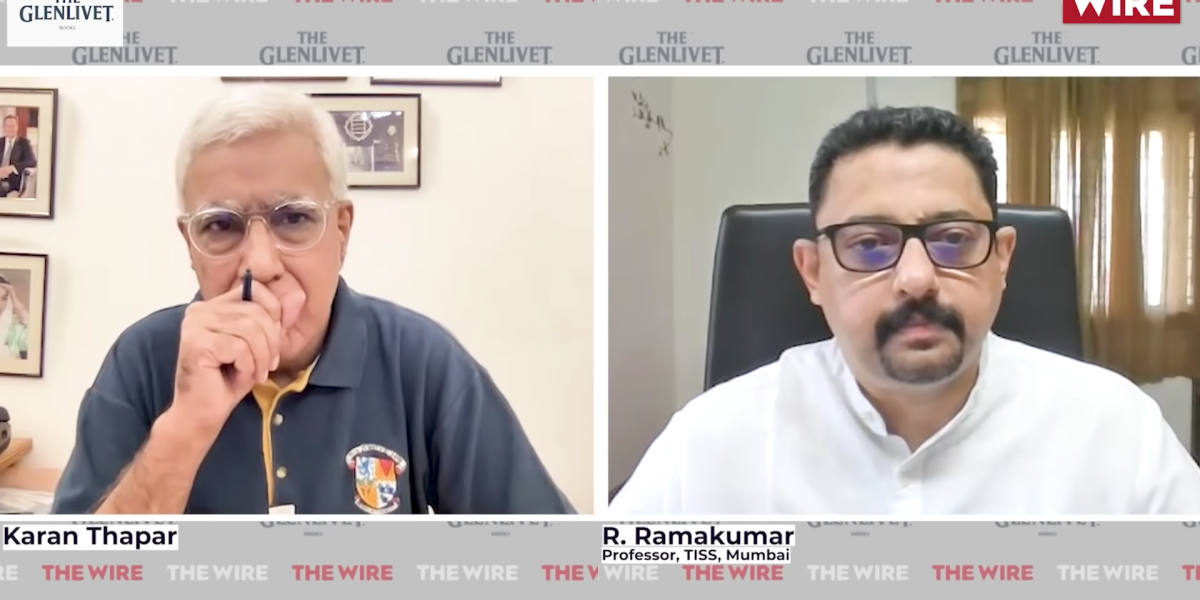 In an interview that pours cold water over the prime minister’s vaccine celebration, and is based on the string of tweets he sent out late Thursday night, Professor R. Ramakumar, of the School of Development Studies at the Tata Institute of Social Sciences, says that the prime minister’s mood of celebration is “premature” and “misplaced”. Ramakumar says India should have reached the one billion target several months earlier. More worryingly, it will miss the government’s target of fully vaccinating every adult by the end of the year by around 5-6 months. Much of the blame, he says, falls on Bharat Biotech’s Covaxin, which he said is “a huge disappointment in many many ways”.

Ramakumar said achieving the one billion mark on October 21 is “not a matter of celebration”. In fact, he added, “the celebratory mood distracts us” from the task that still needs to be achieved. Ramakumar says that if India had maintained the vaccination rate achieved in early April (7) of five million doses a day – and if it had a sufficient supply of vaccines as well – we would have reached 1 billion a few months back.

More importantly, Ramakumar said that India will miss its target of fully vaccinating every adult by the end of the year by around 5-6 months. He said the target was set by Prakash Javadekar in May, when he was still a senior member of the Cabinet. To achieve that target India needs to produce 870 million additional doses in the next two months, which means it needs to produce 430 million doses in November and another 430 million in December. At the moment, Covishield produces 220 million a month, which could go up to 240 million a month in December. The present shortfall of 210 million a month simply cannot be made up by Covaxin or any of the other vaccines likely to come on stream.

A third reason why India won’t fully vaccinate every adult before the end of the year is the required 12-16 week gap between two doses of Covishield. Given that Covishield represents 88% of jabs, this means someone getting their first in October or November won’t get their second till January or February. Of course, if the government reduces the gap this third problem will disappear. However, the first two problems – production of vaccines and rate of vaccination – will remain.