Anurag Behar, CEO of the Azim Premji Foundation, identifies the glaring challenges and some of the successes of India's COVID-19 inoculation programme. 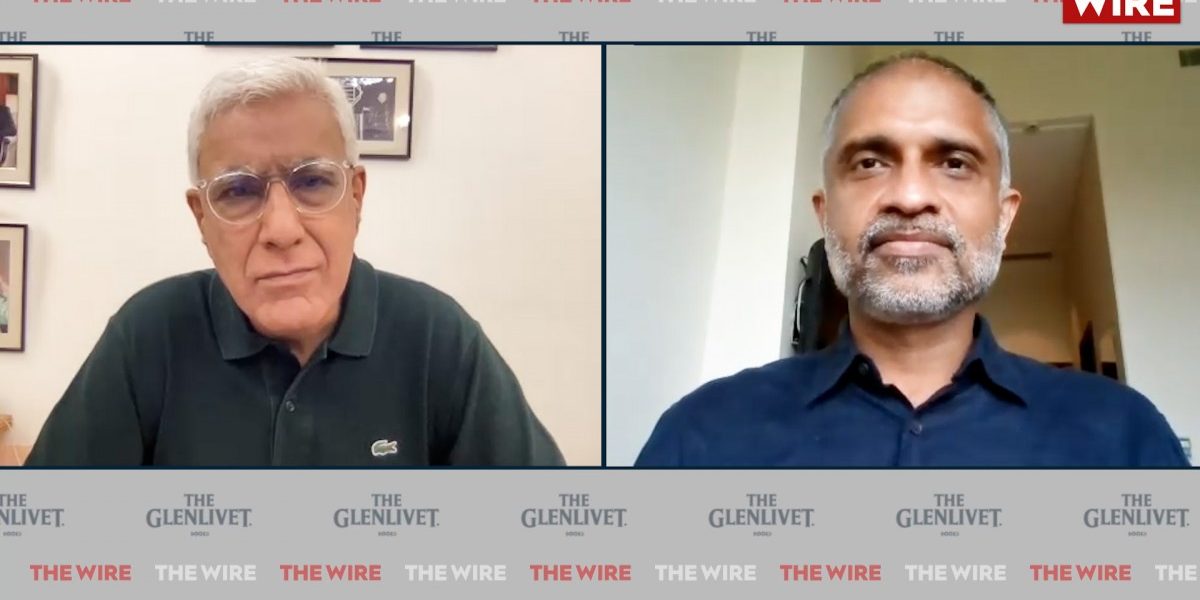 The CEO of Azim Premji Foundation, who is working with over 500 primary healthcare centres across 12 states in mainly rural areas and slum settlements in cities, says that vaccination is not running as smoothly as it should in rural India. As a result of this, the “second dose coverage is running about 25% short of what it should be”, says Anurag Behar.

Behar has identified two critical reasons as to why vaccination is facing problems in rural India as well as in several slum settlements in cities. The first is, what he calls, “A flawed assumption…that people will, of their own accord, come and get vaccinated and no effort will be required to reach out to people systematically.”

The second problem, which is a consequence of the earlier flawed assumption, is that the data recorded in the system of individuals who have been vaccinated does not include their addresses. Consequently, in rural India in particular, primary healthcare centres face serious problems contacting people who, after taking a first dose, have not come for the second, as well as reaching out to those who have not come forward at all, even for the first dose.

In a 35-minute interview to Karan Thapar for The Wire, Anurag Behar says that data is posing one of the most serious problems facing the vaccination campaign in rural India.

First, “Over 90% places have multiple and substantial problems,” the most significant of which is that “with patchy net connectivity entering each individual’s data for vaccination into the computer system is a herculean task”. He says a consequence of this is that “data handling (has become) the primary job rather than vaccination”.

A second and even bigger problem connected with data is that “the data in the system does not have the addresses of individuals vaccinated”. Consequently, PHCs have serious problems contacting people who have taken a first dose but not come for the second and often no way of reaching out to people who have not come forward at all.

He says to overcome this problem of absence of addresses, PHC staff “often make a few hundred calls a day” to contact people. But because “phone numbers are inaccurate, people don’t respond and connections are poor” this can be an unfruitful and wasted effort.

As a result of not having addresses and, therefore, not being able to contact people, Behar says, “Second-dose coverage is running about 25% short of what it should be”. This means that it could take up to 5-6 weeks or longer for people in rural India to get their second dose than in the country’s major cities.

However, Behar identified a very important consequence of these problems – i.e. the flawed assumption that people will come forward of their own volition and the absence of addresses to contact people – which is, as he put it, “we may soon be awash with vaccine supplies but we will not know who these have to be delivered to, when and where, and how to make it happen”.

Another, equally worrying consequence, is that “the last 25% of the country will be the hardest (to vaccinate) and most of them will be the most vulnerable and disadvantaged”.

Behar said the vaccination system is at fault for:

(a) relying on a false assumption that people will come forward on their own; and
(b) for failing to realise that without addresses it would be very difficult in rural India to reach out to people.

However, he made a point of stressing that several state governments have made their own efforts to overcome these problems. He was, therefore, reluctant to blame ‘the government’ because he pointed out that it’s unfair to lump all state governments and the Central government under one portmanteau term. 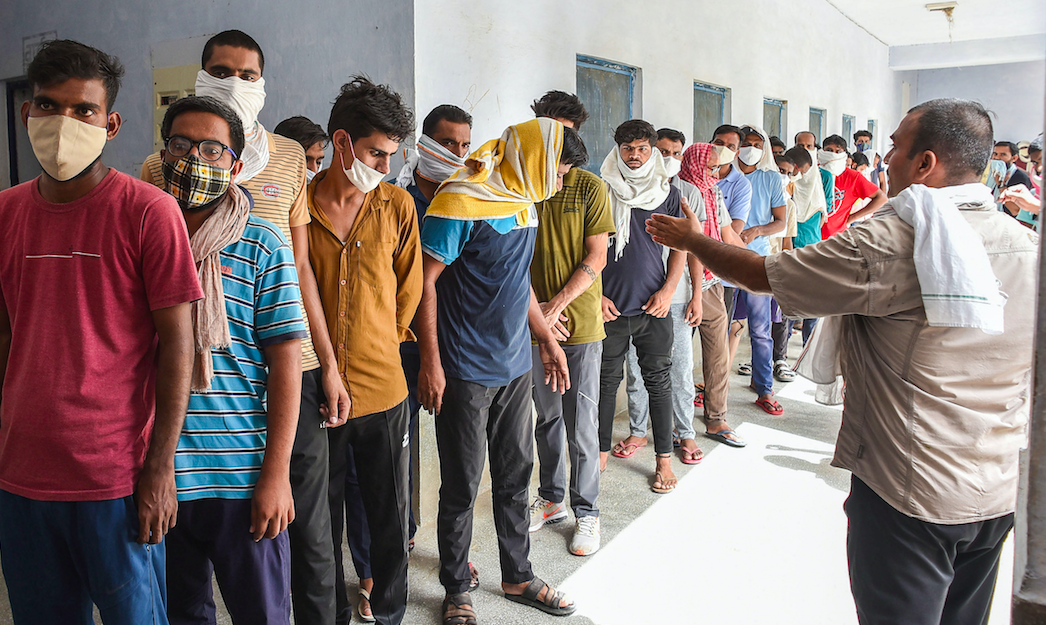 A worker urges prisoners to maintain social distancing as they wait in a queue to receive the COVID-19 vaccine dose, during a special vaccination camp for prisoners, at Central Jail in Bikaner, Wednesday, June 9, 2021. Photo: PTI

Several state governments have set up mobilisation teams in local locations to reach out to people and thus find a way around the absence of addresses and a solution for the problem arising out of the assumption people will come of their own accord to be vaccinated.

In The Wire interview, Behar also points out one another problem with vaccination in rural or tribal areas and slum settlements. “The number of vaccinators is inadequate in rural areas, difficult terrains and slum settlements…20% places are facing shortages.” He said this is a problem that could have been anticipated but it was never an easy problem to solve quickly. This is both because, unlike a polio and measles campaigns, in the case of COVID-19 every single adult (and later those younger than 18) has to be vaccinated and an intramuscular vaccination is different to the oral polio vaccine.

However, in interview, Behar began by identifying three points of good news.

First, “vaccine hesitancy is less common and not as intransigent as often imagined”. The reason why people are not coming forward is not because they have “unfounded fears and beliefs” but “good reasons” for holding back, such as loss of income because getting vaccinated can take a full day or the apprehension that vaccination can lead to fever which, in turn, could cost two-three days of work. These ‘good reasons’ are easier to handle than vaccine hesitancy.

A second good news point identified by Behar is that “infrastructure to deliver vaccines is mostly adequate”. He was speaking about cold chains and the transportation system as well as hub centres.

A third good news point is the recent increase in the supply of vaccines.