Professor Shabir Madhi, who is Professor of Vaccinology and Dean of the Faculty of Health Sciences at Witwatersrand University, also gave a series of very reassuring details about South Africa’s experience of Omicron infections. 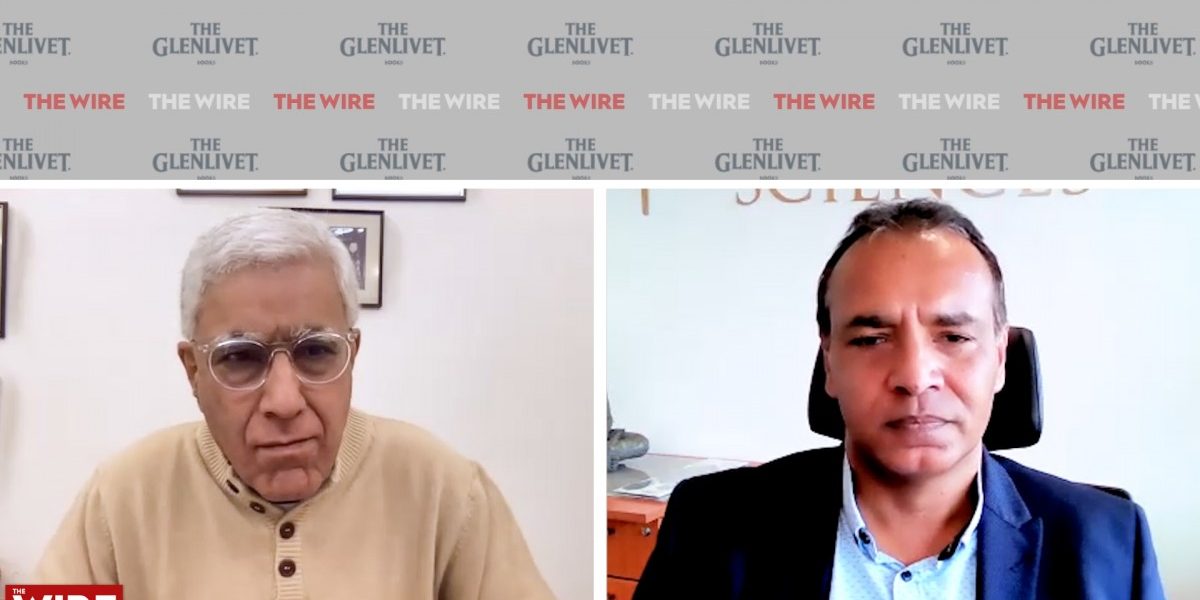 One of South Africa’s most highly regarded Professors of Vaccinology has said “it would be extremely surprising if India does any worse” than South Africa under the impact of Omicron.

Aadding that there are, in fact, good reasons why India’s experience of Omicron could be better i.e. less severe, Professor Shabir Madhi, who is Professor of Vaccinology and Dean of the Faculty of Health Sciences at Witwatersrand University, also gave a series of very reassuring details about South Africa’s experience of Omicron infections, the mildness of the disease, the impact on hospitalisation and deaths that clearly suggest its very different to Beta and Delta.

As he put it “it’s completely worlds apart”.


In a 28-minute interview to Karan Thapar for The Wire, Madhi first confirmed that the Omicron wave in South Africa was extremely short. In fewer than 8 weeks, after the first clinical diagnosis on November 18, cases rapidly shot up, peaked and then fell as quickly. In contrast, the Delta and Beta waves lasted between 12 and 16 weeks. The Omicron wave was, therefore, 50% shorter.

Madhi also confirmed that the illness caused by Omicron is mild and lasts for between three and five days. He said this applies across all age groups and is not limited to just young people.

Equally importantly, Madhi said 40 to 50% of people who got Omicron were asymptomatic.

Speaking about hospitalisation as a result of Omicron, Madhi made two substantial points. First, he said a very large proportion were patients who were only incidentally COVID-19 infected. They had actually gone to hospital for other reasons and on testing were found to have COVID-19. For instance, one-third of pregnant women admitted to hospital turned out to have COVID-19 without their knowing it.

Second, he said the overall hospitalisation rate under Omicron was “worlds apart” from the rate earlier established by Beta, Delta and Alpha.

Madhi said 80 to 85% of people in South Africa who suffered severe disease and needed ICU treatment or died because of Omicron were either unvaccinated or inadequately vaccinated. The majority were, in fact, unvaccinated.

On the Omicron death rate, Madhi said of all COVID-19 deaths in South Africa Omicron accounts for less than 5%. In contrast, Delta accounts for 50% and Beta and Alpha for 20% each. He added: “There has been a complete decoupling of infections and deaths.”

Commenting on a viewpoint recently expressed by Marco Cavaleri, the Head of Vaccines at the European Medicines Agency, that because Omicron is highly infectious but the disease a lot milder its spread could be pushing the world towards some form of endemicity, Madhi said this was “certainly so”. He added that we have “reached a turning point in terms of severe illness and death”. Hereafter natural immunity and vaccination will protect people even though infections may continue and there could be other variants.

After explaining in detail how South Africa consciously and deliberately lifted all sorts of restrictions during Omicron, Madhi was asked whether the restrictions imposed in India (night curfew, weekend lockdown, work from home, closure of schools, restaurants, cinemas, etc.) were justified and expressed his strong disagreement. In fact, he mocked the idea that the virus would respect night curfews and weekend lockdowns. Please see the interview for further details.

Madhi also said that with the advent of Omicron the time has come to change our strategy for tackling the virus. No longer should we focus on testing, tracking and tracing but hereafter we need to monitor closely hospitals, ICU, ventilators, etc.

In fact, he added: “it’s naïve to believe that it (testing, tracking and tracing) has had any impact on the pandemic when up to 90% of infections were not identified.”