Balram Bhargava had asked researchers to remove the data – collected between May 11 and June 4 – because ICMR did not have the requisite approvals to publicise it. 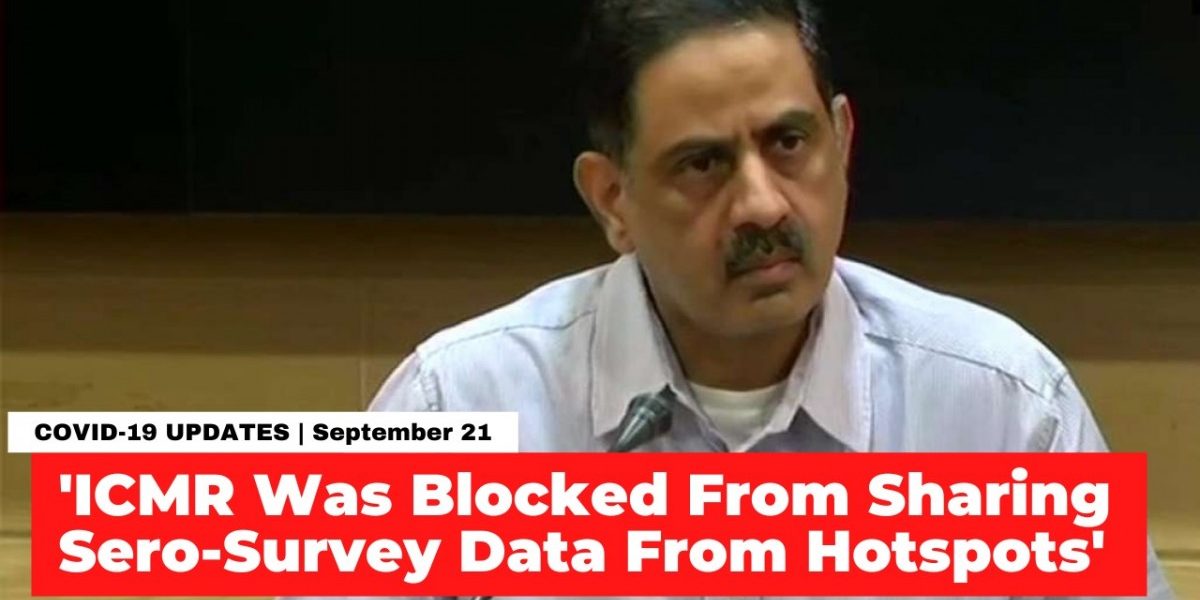 Researchers who conducted and analysed results of India’s first national seroprevalence survey, to estimate the prevalence of COVID-19 in the population in May 2020, have alleged that they were not allowed to include data from disease hotspots in 10 cities in the paper they published describing the survey.

Sources told The Telegraph that the director-general of the Indian Council of Medical Research (ICMR) Balram Bhargava had asked researchers to remove the data – collected between May 11 and June 4 – because ICMR did not have the requisite approvals to publicise it. The paper was published in the Indian Journal of Medical Research this month.

Sources told the newspaper that Bhargava, who is also secretary of the Department of Health Research, had made no mention of where the instruction originated. This has prompted a storm of worry among experts that India’s premier medical research agency, which usually drafts the ethical codes doctors in India are expected to follow, breached medical ethics itself. “We were told: remove the hotspots data or don’t publish,” one co-author told The Telegraph, a statement that two others reportedly corroborated.

This week the number of active cases also crossed the 10 lakh mark. Active cases now comprise less than 20% of all confirmed infections in the country, but this figure varies widely in the states. There are now 16 states in the country with a minimum caseload of one lakh. States, where cases are fast-growing, are Madhya Pradesh, Haryana and Punjab. MP and Haryana have crossed over one lakh cases and Punjab is nearing the one lakh mark. Among the top 10 states, Odisha is continuing to grow at the fastest pace.