Undercounting, Delayed Reports, Water Shortage: Why Dengue Is Spreading Like Wildfire in UP

Hundreds of people have developed a viral fever and dengue in western Uttar Pradesh in the last few weeks. 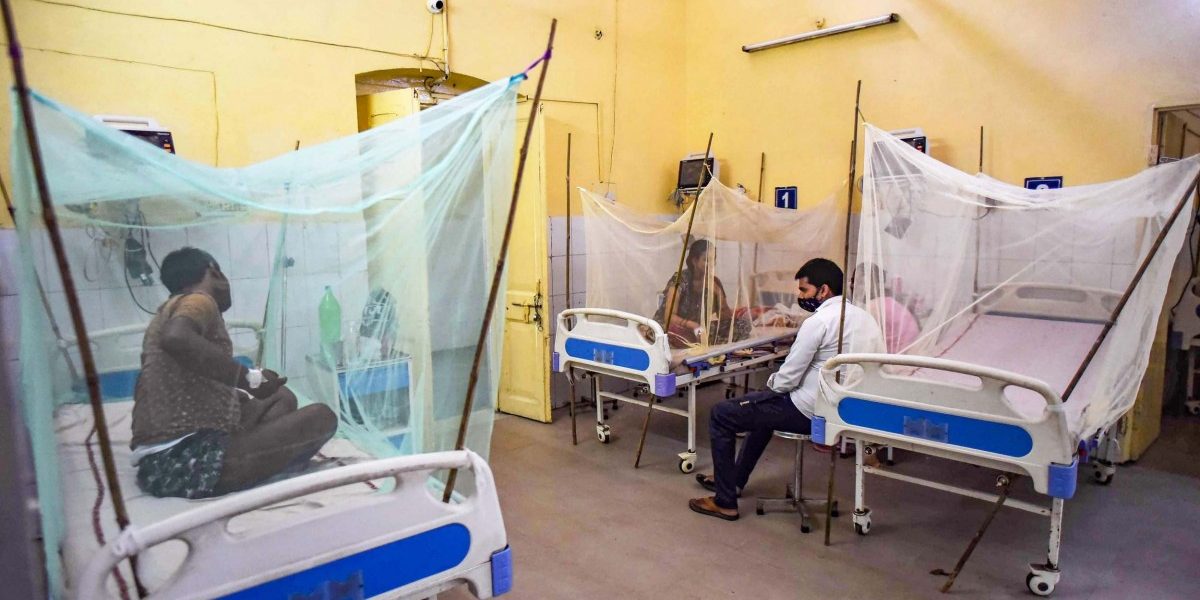 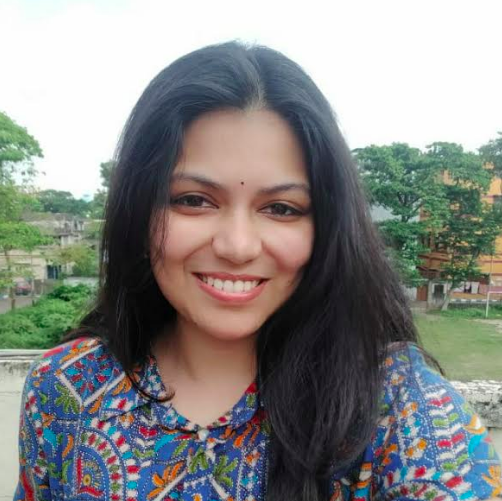 Varanasi: Ajay Kumar has been awaiting good news for a week now, about three children in his family – his six-year-old daughter and two nephews.

All of them are suffering from dengue. His daughter and one of the nephews, 13-year-old Prince Kumar, are being treated at the Autonomous State Medical College, Firozabad. Both have shown little improvement in their condition.

Hundreds of people have developed a viral fever and dengue in western Uttar Pradesh in the last few weeks. The number of cases has risen dramatically, especially in Firozabad, the worst-affected district.

As on September 14, 68 people had tested positive for dengue and 60 others had succumbed to a viral fever in Firozabad, said district chief medical officer Dr Dinesh Kumar Premi.

“Dengue has been confirmed as the cause for only five deaths,” Dr Premi told The Wire Science. “Once our team finishes the death audit, we will be able to know the cause of the remaining fatalities.”

As the number of deaths rose, local media outlets also reported that the district faced a paucity of ambulances, hospital beds and human resources. But Dr Premi denied all these claims.

Local and national news outlets have also reported that the number of cases and deaths have been underreported as well – just as with COVID-19. On September 13, Times of India reported that at least 12,000 people in Firozabad had reported viral fever and that 114 had died.

“In past years, the number of cases here hardly crossed 20. This is the first time Firozabad has witnessed an outbreak of this scale,” said Sandeep Tiwari, president of Firozabad district’s Congress committee. “Apart from children, a large number of factory workers and daily wagers are suffering from dengue. The case count in Firozabad is more than double of what is officially being reported.”

Underestimating the scale of a dengue outbreak isn’t new for Uttar Pradesh or India – especially since many cases simply go unreported. According to one estimate, the number of dengue cases the Union health ministry reported in 2006-2012 differed from hospital records by a factor of 282! When dengue goes unrecognised, both people and healthcare workers become complacent.

Also read: What Impacts Child Malnutrition in India and Why We Need to Be Aware of These Factors

Karan Chachaunda, a resident of Mathura’s Jachaunda village, home to some 3,000 people, said almost every family here had reported a case of viral fever in the last three weeks or so – but only a handful had themselves tested for dengue. And most of them tested positive.

There are already several accounts of experts blaming the Uttar Pradesh government for underreporting COVID-19 case-count and deaths. During India’s terrible second wave of the epidemic, Uttar Pradesh’s highest single-day spike was 35,104 cases.

Ajay is a wedding cook, and his income took a hit as the pandemic rolled on. He has already spent Rs 8,000 to have his nephew and daughter treated. “Tests are free at government hospitals but they are handing over the report only after 4-5 days,” he told The Wire Science.

“So I got my nephew and daughter tested at a private clinic, which handed us the report within a day. My savings are drying up but I have no other option.”

This theme is echoed across rural Uttar Pradesh, where cases are going unreported because adequate testing facilities are few and far between and government hospitals are either lax or overwhelmed.

“Most people suffering from fever are getting tested only when their condition is deteriorating,” Chachaunda said. “As government hospitals delay test reports, people go to private clinics, which charge up to 900 rupees per test.”

As we spoke, he mentioned that his neighbour had returned home with his sick child after being turned away by government hospitals, which said they had run out of beds. “Not everyone can afford treatment at private hospitals,” Chachaunda added.

In his native Jachaunda, Chachaunda said, local authorities cleared waterlogged areas and cleaned open drains only after the number of viral-fever cases in the village began to surge. On September 13, a three-year-old died, taking the death toll to five. The causes of the deaths remain unknown.

Until September 3, the illness spreading through Uttar Pradesh didn’t have a definitive name and carried a tint of mystery. On that day, the Uttar Pradesh government said that in Firozabad at least, the deaths were due to dengue and other seasonal diseases, not something new.

Six days later, Dr Balram Bhargava, the director-general of the Indian Council of Medical Research, said at a press conference in Delhi that most deaths in Firozabad were due to dengue caused by the DEN-2 serotype. Four closely related viruses cause dengue infections; they are called serotypes because they interact differently with antibodies in the human blood serum, according to Scitable.

An infection of the DEN-2 serotype has the potential to cause a haemorrhagic fever – during which the patient may experience “serious bleeding, a sudden drop in blood pressure (shock) and death,” according to the Mayo Clinic. Because the severe form of the disease progresses rapidly, it is important to catch dengue infections early. 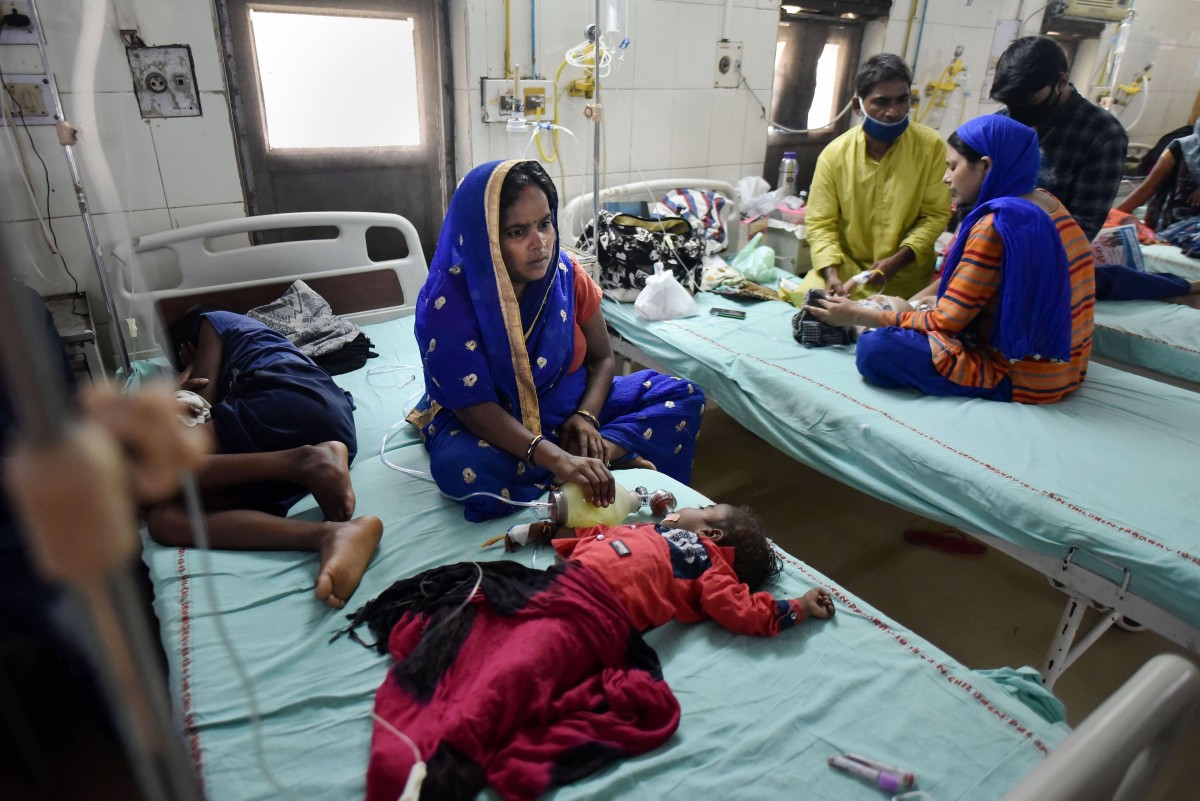 At least 15 people have died in Mathura, eight in Mainpuri, five in Kasganj and two in Etah districts of the state. Agra has reported 16 dengue cases thus far and no deaths. A few districts in eastern Uttar Pradesh – such as Gorakhpur, Prayagraj and Varanasi – have also started to report dengue cases. Outpatient departments in government hospitals at Varanasi and Lucknow have been reporting higher footfall of late.

“Children [are] more susceptible to mosquito bites because their playing environment is conducive for mosquitoes to breed in,” Dr Syed Haider Mehdi Husaini, an assistant professor at the Jawaharlal Nehru Medical College, Aligarh Muslim University, told The Wire Science. “Fluid management has to be regulated in infected kids as they decompensate quickly because of lower fluid bodily reserves.”

(According to Wikipedia, “When a system is ‘compensated’, it is able to function despite stressors or defects. Decompensation describes an inability to compensate for these deficiencies.”)

Based on the findings of a team of researchers from the National Centre for Disease Control and National Vector Borne Disease Control Programme, the Government of India said in the first week of September that most of the illnesses reported from Firozabad were of dengue, and the rest were infections of scrub typhus and leptospirosis. As on September 14, Dr Premi said, Firozabad had reported 24 scrub typhus and four leptospirosis cases.

The research team also reported that containers in more than half of all homes they inspected in Firozabad were infested with mosquito larvae.

While dengue is viral, scrub typhus and leptospirosis are bacterial infections. All three diseases share a few common symptoms, including fever and muscle and joint pain.

The Firozabad district administration has released about 25,000 mosquitofish – Gambusia affinis and Gambusia holbrooki – into ponds and other places with stagnant water, to feed on mosquito larvae. While this strategy finds mention in the action plans of different Indian states, a study conducted from 1997 to 2005 found it to be somewhat effective against malaria outbreaks, not dengue.

“The gambusia fish can reduce the population of mosquito larvae in large water bodies, which helps combat malaria,” Lahariya said. “But dengue is caused by mosquitoes breeding in water collected artificially in small containers” – like bowls, buckets, pots, water coolers, etc. “So these fish generally don’t work for dengue control.”

Also read: Why Kerala’s Response to COVID-19 Has Positive Lessons for India

For its part, the Firozabad administration has set up health camps to treat dengue patients, summoned senior doctors and paramedical staffers from other districts, and converted COVID-19 wards to emergency dengue wards.

However, a more fundamental problem may be getting overlooked. Dr Premi said that people in Firozabad get water supply for only two or three hours every day, so they typically store water in large containers for use later. These stores are also convenient breeding grounds for the mosquitoes that ferry the dengue viruses. So, Dr Premi said, his team at the district office are also trying to sensitise people about keeping these containers clean and safe.

In addition, Dr Husaini, of the Jawaharlal Nehru Medical College, said “both scrub typhus and leptospirosis infect people residing in areas with poor sanitation.” Scrub typhus is spread by chigger bites. ‘Chigger’ is the colloquial name for mites of the family Trombiculidae, and they often affect people who “don’t bathe regularly”. Leptospirosis is caused due to being exposed to the “urine of infected animals”.

According to the WHO, about half the world’s population is now at risk of dengue, with around 100-400 million infections already being recorded every year. Dengue is currently endemic to 112 countries. We don’t yet have a vaccine to prevent it; this said, Sanofi Pasteur offers a vaccine named Dengvaxia, approved in some countries for people aged 9-45 years and only if they have been infected with dengue before.

Successive governments in Uttar Pradesh have struggled to surmount the state’s annual dengue outbreaks, which follow the summer monsoon. Most health experts have blamed a lack of political will, poor sanitation and the state’s weak healthcare infrastructure.

In 2018, a draft state health policy proposed increasing its healthcare expenditure from 1.4% of its GDP to 2.5% by 2025. But the commensurate hikes have yet to turn up.

Rituparna Palit is an independent journalist.