The other decisions taken by the US were to send supplies of therapeutics, rapid diagnostic test kits, ventilators and PPE for patients and frontline workers. 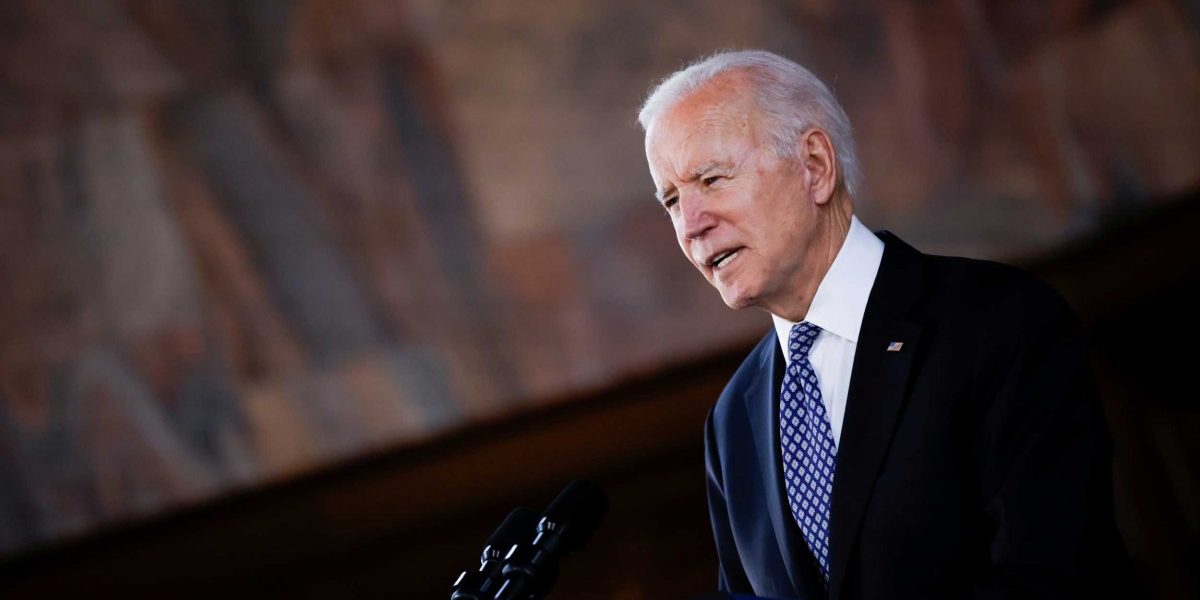 New Delhi: The United States on Sunday announced that it would immediately send raw materials for vaccine production, even as President Joe Biden asserted that assistance would be provided to India “in its time of need”.

The US was one of several countries that have come forward to offer assistance for India, with oxygen concentrators being a top priority as Indian hospitals have been running out of oxygen during the ongoing second wave of the COVID-19 pandemic.

On Sunday, the US’s top leadership, from Biden to other senior administration officials, assured full support to India.

It began with a statement from the White House National Security Council’s spokesperson Emily Horne that the US had agreed to lift restrictions to allow the supply of raw materials for ramping up vaccine production.

“The United States has identified sources of specific raw material urgently required for Indian manufacture of the Covishield vaccine that will immediately be made available for India,” said Horne.

This missive was conveyed after a telephone conversation between National Security Adviser Jake Sullivan and his Indian counterpart, Ajit Doval, where the former affirmed “America’s solidarity with India, the two countries with the greatest number of COVID-19 cases in the world”.

The Serum Institute of India (SII) had last month written a letter to the Centre seeking intervention with the Biden administration to enable importing essential raw materials from the US for uninterrupted manufacturing and supply of COVID-19 vaccines.

Indian officials, including foreign secretary Harsh Shringla, had said that the matter had been taken up with the US.

There had been, however, contradictory statements from the private vaccine provider. SII chief Adar Poonawalla had tweeted to the US president to lift the ban on the export of raw materials. But, as recently as last week, he told CNBC TV-18 that the Covishield production would not be affected by the raw materials from the US. He claimed that the constraints would have impacted the roll-out of the Covovax vaccine, whose manufacture has yet to start.

The other decisions taken by the US were to send supplies of therapeutics, rapid diagnostic test kits, ventilators and personal protective equipment (PPE) for patients and frontline workers.

Horne added that the US was also pursuing options to provide oxygen generation and related supplies urgently.

Besides, an expert team of public health advisors from the Centre for Disease Control and USAID will be deployed to collaborate with India’s health ministries and Epidemic Intelligence service staff.

The US foreign aid agency has also been instructed to “fast-track mobilisation of emergency resources available to India through Global Fund”.

The press release also reminded readers that the US Development Finance Corporation (DFC) was funding the expansion of  India’s BioE production capacity to produce at least one billion doses of COVID-19 vaccines by the end of 2022. This had already been announced at the time of the Quad leaders’ summit.

One by one, there were statements from nearly all senior Biden administration officials, from the surgeon general to the defence secretary and the vice president.

The U.S. is working closely with the Indian government to rapidly deploy additional support and supplies during an alarming COVID-19 outbreak. As we provide assistance, we pray for the people of India—including its courageous healthcare workers.

I’m deeply concerned about the COVID-19 outbreak in India, and today, I directed the @DeptofDefense to use every resources at our disposal, within our authority, to support U.S. interagency efforts to provide India’s frontline healthcare workers with the materials they need. pic.twitter.com/v93iek3G2i

Aid extended by the U.S. to India includes:

I’ve been in close touch with FS @HarshVShringla and Amb @SandhuTaranjitS in recent days. The American people stand in solidarity with our friends in India during these difficult times. We are rapidly providing therapeutics, ventilators, PPE, raw material for vaccines, and more. https://t.co/2izPobvN8k

US Secretary of State Anthony Blinken had already tweeted on Saturday that Washington would be soon announcing the deployment of resources to support India.

The announcements from Washington were capped by President Biden, also offering sympathy and support. “Just as India sent assistance to the United States as our hospitals were strained early in the pandemic, we are determined to help India in its time of need,” he tweeted.

Just as India sent assistance to the United States as our hospitals were strained early in the pandemic, we are determined to help India in its time of need. https://t.co/SzWRj0eP3y

The announcement came after there had been consternation in India after the US state department had given a response of ‘America first’ in answer to a question about making an exception for India in the export ban.

Meanwhile, US lawmakers urged the White House to “do everything possible” to assist India, with some calling for surplus COVID-19 vaccines to be sent to India.

Glad to also be joined in this effort by @SenatorCollins too. Support for our ally India is bipartisan. We should do everything we can to help them fight back against COVID-19.

India, the largest vaccine manufacturer globally, has been exporting Covishield that is being produced under license by SII from developers Oxford-AstraZeneca. It also had an active ‘Vaccine Maitri’ diplomatic campaign to highlight the delivery of India-made vaccines to near and far corners of the world.

However, India is now facing a vaccine shortage after expanding its programme, which had led to curbs on exports for the next few months.

Last month, the New York Times had reported that the US had a stockpile of “tens of millions” of doses of Covishield, which were lying idle. There were calls from Indian American lawmakers like Senator Pramila Jayapal and Representative Raja Krishnamoorthi to give out a portion of this unused stockpile to India.

However, there is a long line of countries clamouring to get vaccines from the US. The US has already assured the supply of millions of doses to its North American neighbours, Canada and Mexico. Meanwhile, AstraZeneca has been seeking permission to supply vaccines to the European Union, where it has fallen short in fulfilling its commitment. Brazil, with its worsening crisis, is also another candidate being debated within the White House. It is not yet clear if India has requested for a supply of vaccines from Washington.

Meanwhile, the UK government announced that more than 600 pieces of vital medical equipment would be sent to India.

We stand side by side with India in the shared fight against COVID-19. Vital medical equipment is on its way from the UK to India to help stop the tragic loss of life from the virus and we’ll continue to work closely with the Indian government during this difficult time.

The UK will be sending 495 oxygen concentrators, 120 non-invasive ventilators and 20 manual ventilators this week, with the first planeload to arrive on Tuesday.

“The heart-breaking scenes in India show once again how awful this terrible disease is. We are determined to support the people of India through this very difficult time, and I am hugely grateful to those who have worked hard to make this initial delivery happen,” said UK health and social secretary Matt Hancock.

India has a general policy of not accepting grant assistance, but an exception is made for New Delhi’s development aid partners like the UK, US, Germany, EU and Japan.

According to The Hindu, Russia is also planning to operate special flights this week to airlift oxygen generators and concentrators, along with medicine, to India on a grant basis.

The first batch of medical supplies from Singapore, including oxygen concentrators, arrived in Mumbai on Sunday night.

Through her chief of staff, German Chancellor Angela Merkel also pronounced that Germany was “urgently preparing a mission of support” for India’s COVID-19 crisis.

Chancellor #Merkel: Solidarity and support to the people of India. #CovidIndia pic.twitter.com/FJO5cSAEYb

European Commissioner for Crisis Management, Janez Lenarčič, took to Twitter to declare that the regional body had activated the EU Civil Protection Mechanism based on India’s request.

Upon request for assistance by #India, we have activated the #EU Civil Protection Mechanism.

The 🇪🇺 will do its utmost to mobilise assistance to support people of 🇮🇳.

Alarmed by the epidemiological situation in India. We are ready to support.

The EU is pooling resources to respond rapidly to India’s request for assistance via the EU Civil Protection Mechanism.

We stand in full solidarity with the Indian people! https://t.co/Pv8ezFPdS3

Ursula Von Der Leyen, president of the EU Commission, chipped in, expressing alarm at the epidemiological situation in India.

According to sources, India and the EU were talking to each other about finalising the arrangements, with further announcements to be made on Monday. France is also likely to announce aid, they added.

Nearer home, Chinese officials stated that they continued to be in talks with Indian counterparts. Around 800 oxygen concentrators were airlifted from Hong Kong on Sunday, with another 10,000 to be supplied during this week, China stated.

Indian officials stated that it was more feasible on a cost basis to airlift equipment from Asian countries.

Sources also added that India has not yet discussed Pakistan’s offer of assistance.