As US Presses Against Price Cap on Medical Devices, India Needs to Hold Health Above Trade

The US medical device industry's allegation on the denial of equitable market access is a smokescreen to protect an inequitable market, at the cost of people's lives. 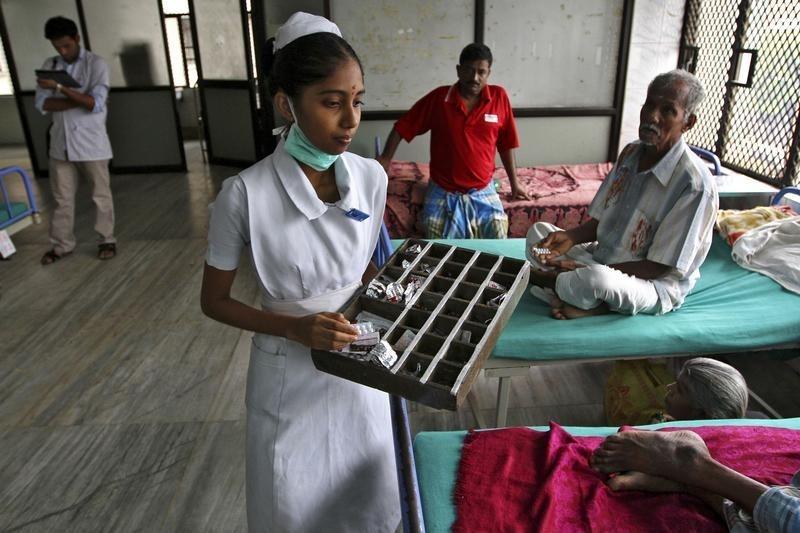 The USTR has asked the government of India not to impose price controls on other medical devices. Credit: Reuters/Babu/Files

As expected, the US medical device industry knocked the doors of the United States Trade Representative (USTR) to pressurise the Indian government against the price ceiling on medical devices like cardiovascular stents and knee implants. On October 17, the Advanced Medical Technology Association (AdvaMed) filed a petition to the USTR to “suspend or withdraw, in whole or in part, India’s benefits under the Generalised System of Preferences (GSP)”.

Under the GSP, Indian exports to the US enjoy less tariffs (import duty) compared to the tariffs imposed on other non-GSP exporters excluding the free trade agreement partners.

Prior to the petition, USTR ambassador Robert E. Lighthizer wrote a letter addressing both the commerce minister and the principal secretary to the prime minister expressing concerns on the price ceiling. The letter states:

The US government is committed to working with you to identify a policy solution that will address a policy solution Indian government priorities related to patient costs, but will also promote trade, innovation and access to advanced technologies. Until such a policy is developed, I urge you not to expand price controls to additional medical devices.

In short, the USTR asked the government of India not to impose price controls on other medical devices.

According to the USTR and AdvaMed, price ceiling denies equitable market access to the imported devices and forces foreign manufactures to sell their innovative products at a loss by forcing a single price on all types of drug-eluting stents. Second, stent manufacturers are not allowed to withdraw certain stents from the Indian market and third, the government is planning to expand price controls on other medical devices, which are notified as drugs under the Drugs and Cosmetics Act.

Also read: Government’s Cap on the Absurdly High Prices of Stents Is a Good First Step

The government fixed the price of stents at Rs 7,260 for bare-metal stents and Rs 29,600 for drug-eluting stents. In the case of knee implants, the price of the cobalt chromium knee implant is fixed at Rs 54,720 against an earlier MRP of Rs 1,58,324. The price of titanium and oxidised zirconium has been fixed at Rs 76,660 from the earlier Rs 2,49,000. Apart from the price ceiling, the government also fixed the trade margin of hospitals for selling these products to patients.

Hospitals preferred imported devices and justified the exorbitant prices claiming superiority over the domestically manufactured stents and knee implants. The result was the elimination of competition in the market.

Foreign device manufacturers dominated and there was no level playing field in the market between foreign and domestic manufacturers. The price ceiling creates a level playing field and competition. Further, the decision to fix the trade margins of hospitals provides a safeguard against the unreasonable demands of hospitals. Also, the price ceiling is applicable to both domestic and foreign manufacturers without any discrimination. Thus, the allegation of the denial of equitable market access is a smokescreen to protect the inequitable market access and corrupt practices at the cost of people’s lives.

The US government and US industry associations have always used GSP to threaten developing countries to provide concession to its enterprises. India is a victim of this threat. In the 1980s, the threat of withdrawal of GSP concessions used against developing countries to make them agree to the negotiation and conclusion of the Agreement on Trade-Related Aspects of Intellectual Property Rights (TRIPS).

The TRIPS provision on compulsory product patent protection for pharmaceutical invention imposed a heavy cost on people’s health in developing countries. India too paid a heavy price by compromising the future of its pharmaceutical industry.

Again in 2013-14, the US pharmaceutical industry lobbied to categorise India as a preferred foreign country and ensure an eventual withdrawal of GSP concessions for inadequate IP protection. This forced India to engage bilaterally with the US on IP. The submission of the US India Business Council to USTR stated that it obtained an assurance from the government of India not to issue any compulsory license.

An analysis of the Centre for WTO Studies shows that in 2015, nearly 10,921 products from India enjoyed GSP concession. However, the gap between the WTO tariffs and GSP tariffs is narrowing over the years. According to the analyses in 2015, the average difference is approximately 4.4%. A study prepared by the Coalition for GSP in 2012 calculated the tariff saving under GSP for exports from India as around $184 million. The value of exports from India in 2012 under GSP was $4.4 billion, around 10% of India’s good export to the US.

Therefore, a withdrawal of GSP can have some short-term effect on certain sectors but would not have a permanent impact. In such a situation, India can also make a strategic use of tariffs targeting certain products including medical devices like stents. In short, a whole or partial withdrawal of GSP is not a valid reason to place people’s health above the concerns on trade.

Friendship with any country should not be at the cost of people’s lives. Therefore, the government of India should make it clear to the US that its sovereignty and people’s health are non-negotiable. Expansion of price control on critical devices should be done expeditiously to convey the same message to the people of India.

K. M. Gopakumar is a researcher associated with the Third World Network (TWN). TWN is an independent, not-for-profit organisation that carries out policy research and advocacy on issues around trade and development, with a focus on third world countries.