While India Begins to Get Its Anti-TB Act Together, a New Model Has Predicted Newer Threats

Thanks to illiberal treatment guidelines, a complex treatment regimen and a formidable bacterium, the rise of extensively-drug-resistant tuberculosis is always waiting to happen, especially in India. 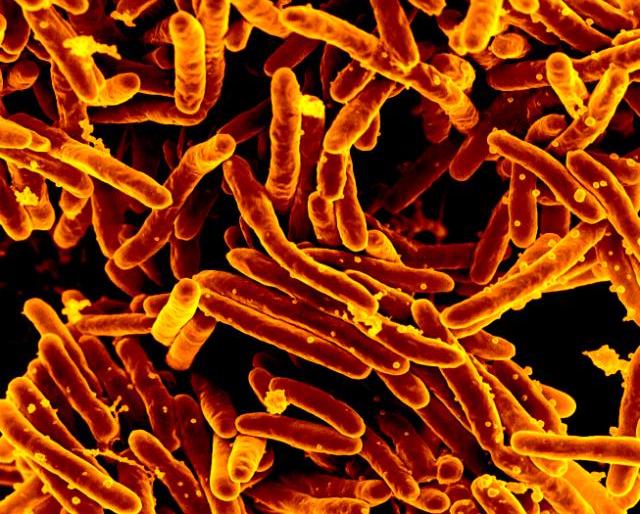 Tuberculosis is a bacterial disease that mainly affects the lungs. It is one of the top ten causes of death worldwide. In 2015 alone, over 10 million were suffering from it and about 1.8 million had died of it. India alone is among the world’s largest contributors of the global tuberculosis burden, with 1.74 million patients in 2015. The economic costs of this disease’s incidence amounts to around $12 billion per annum. The issues presented by these numbers are worsened when the bacteria causing the disease, Mycobacterium tuberculosis, evolves resistance to the antibiotics commonly used to treat the disease.

A combination of antibiotics is used to combat tuberculosis. The treatment period is long, typically six months. Even if the patient starts feeling better after she has been started on the drugs, she will need to continue taking them and complete the full course. However, this doesn’t happen in many cases. When a patient stops taking the drugs before the full course is over, all the bacteria are not killed. Those that have survived develop resistance to the particular set of antibiotics used. Together with low-quality drugs and the inefficient management of the drug supply, this has resulted in the spread of drug-resistant tuberculosis. When the bacteria become resistant to two of the first line tuberculosis drugs, isoniazid and rifampicin, the disease is called multidrug-resistant tuberculosis (MDR-TB).

Among MDR-TB cases, there are the extensively drug-resistant cases (XDR-TB) that are additionally resistant to the class of drugs called fluoroquinilones as well as second-line injectable drugs. The World Health Organisation estimated that there had been 480,000 cases of MDR-TB worldwide in 2015. About 16% were from India. The spread of drug-resistant tuberculosis is a big barrier to effective treatment of the debilitating disease.

A study published in The Lancet on May 9 described how available data was modelled to project the tuberculosis burden in four countries with high incidence of the disease: India, South Africa, Russia and Philippines. The authors predicted that new tuberculosis cases will become increasingly drug resistant. The percentage of MDR-TB would go up in the four countries by 2040 – 32.5% in Russia; 12% in India; 9% in Philippines; and about 6% in South Africa. In each country, about 9% of the MDR-TB cases would be XDR-TB, predicts the study. Finally, and unsurprisingly, it recommended a revamp of extant treatment regimens.

A model for the future

The WHO and allied groups established the Green Light Committee in 2000 to increase access to high-quality medicines at greatly reduced prices. The Preserving Effective TB Treatment Study (PETTS) was launched in nine countries in 2005 to estimate the proportion of cases involving drug-resistant tuberculosis. The Lancet study uses this data for its models, which predict an increase in the proportion of MDR-TB among new cases of tuberculosis, and the proportion of XDR-TB among the MDR-TB cases. Almost counter-intuitively, the chief reason is increased amount of access to anti-tuberculosis drugs, according to the authors.

The advent of antibiotics had kept tuberculosis in check in the mid-1900s. By the 1980s, it re-emerged globally aided by many factors. Chief among them: an increase in diseases that compromised immunity – like that of the human immunodeficiency virus (HIV) – and a burgeoning population in countries that weren’t well equipped to handle a disease like tuberculosis.

The WHO declared tuberculosis a global emergency in 1993. The Directly Observed Treatment Short-course (DOTS) strategy, developed in Africa, was expanded to 102 countries by the late 1990s, India among them. In India alone, DOTS has “increased tuberculosis treatment coverage 30-fold, and increased cure rates to almost 85%,” according to a status report by the Revised National Tuberculosis Control Programme, 2003.

But getting rid of tuberculosis is not as simple as making drugs available. The Mycobacterium tuberculosis bacterium is formidable. Some antibiotics attack bacteria when they divide; M. tuberculosis has one of the slowest division rates among bacteria. They also have a hardy cell wall, embedded with fat molecules that form a kind of shield and allowing the bacteria to survive exposure to some antibiotics.

Then comes the recommended treatment practices. The disease has to be diagnosed in time. Treatment regimens should suit the kind of tuberculosis – whether drug resistant or not. The environment also plays an important role in allowing the disease to spread: poor sanitation and improper ventilation increase the chances of an infection. Poor nutrition, and habits like chewing tobacco and smoking, can also make a person more susceptible to becoming infected.

Add to all this a complex treatment regimen that requires various antibiotics over a long time, complemented with a laundry list of side effects, and the sheer number of patients stopping their treatment course midway isn’t quite surprising. It was just the recipe for the rise of drug-resistant strains.

A person infected with tuberculosis can infect 10-15 others through close contact, over the course of a year. “Drug-resistant M. tuberculosis is also spread to contacts of an individual with TB when that individual coughs, sneezes or talks because M. tuberculosis spreads by an airborne route,” said Aditya Sharma, of the US Centres for Disease Control and Prevention and first author of the Lancet study.

Similarly, as MDR-TB bacteria develop resistance to second-line tuberculosis drugs, the rates of XDR-TB and the chances of its spread through contact go up. So if treatment regimens do not improve, the proportion of drug-resistant tuberculosis will keep increasing, according to the model. “Strict adherence to treatment may reduce the risk of developing drug-resistant TB, though there is always some risk,” Sharma added.

However, Emily Kendall, an assistant professor at Johns Hopkins University, Baltimore, cautioned in an email that the model makes “somewhat pessimistic” assumptions. For example, it assumes that drug-resistant tuberculosis is just as easy to spread as the variety susceptible to drugs. “Under these assumptions, the proportion of drug-resistant TB is guaranteed to increase. Drug-resistant TB poses an obstacle to India’s TB elimination goals,” she said. Fortunately, the same study that provided the data for this paper also showed that these risks are much reduced when a treatment regimen is chosen for these patients that contains a sufficient number of effective drugs.”

Soumya Swaminathan, the director-general of the Indian Council of Medical Research, also pointed out that the model does not have the latest drug resistance data from India – which has not yet been made public. “We have had some surveys from states like Gujarat and Tamil Nadu, and the percentage of MDR-TB has remained at less than 3%,” she said. This is against the 12% MDR-TB predicted by 2040, according to the model. “The model assumes uniform rates of transmission of tuberculosis. However, transmission can vary a lot, based on the situation. For example, an urban slum will have a higher transmission rate than a village.”

She leads an initiative called the ‘India TB Research and Development Corporation’ that aims to bring together Indian and international experts to develop new tools to fight the disease. In November 2016, Swaminathan stated that the aim was to reduce the incidence of new tuberculosis cases by 90%, and mortality by 95%, by 2030.

As part of the 2017 Union Budget, the government has outlined a goal of eliminating tuberculosis by 2025, and the announcement was followed by a new plan to eliminate the disease, called the National Strategic Plan for Tuberculosis Elimination (NSPTE), 2017-2025.

Swaminathan says that over the next few years, the NSPTE is set to target individualised treatment regimens for patients based on drug-resistance. “This will dramatically decrease the chances of inappropriate treatment.”

Reviewing the plan in a note submitted to The Lancet, Madhukar Pai, an epidemiologist at McGill University, Montreal, and colleagues call it “bold, comprehensive and potentially a game changer”. They further write, “It includes private sector engagement, new tools and approaches to plug gaps in the tuberculosis care cascade, active tuberculosis case-finding among key populations, and measures to prevent the development of active tuberculosis in high-risk groups.”

A crucial stakeholder in India’s war against tuberculosis is the private sector, wrote Pai in an email to The Wire. “A huge proportion of TB – well over 50% – is managed in the private sector with suboptimal diagnostics, widespread empirical antibiotic abuse, and limited capacity to ensure adherence among TB patients,” he elaborated. Swaminathan agreed, saying that an important part of the NSPTE is to engage with the private sector and encourage them to follow the basic principles of early diagnosis and rigorous treatment laid down by the plan.

While there is evidence of political commitment, it is essential to follow up with funding, cautions Pai. The budget of the new plan is about $2,485 million (~Rs 16,000 crore). But historically, India’s health budgets have always fallen short. To completely get rid of tuberculosis, there also needs to be an increase in overall awareness and cooperation from all sectors, according to Swaminathan: “The environment becomes important.Well-planned housing and sanitation and well-built hospitals with good ventilation and proper nutrition will all help in bringing down incidence of tuberculosis.”