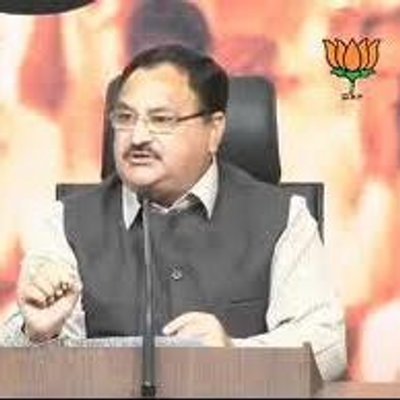 New Delhi: The Central Administrative Tribunal has restrained Union Health Minister J.P. Nadda from rewriting the Annual Performance Appraisal Report of whistleblower and Indian Forest Service Officer Sanjiv Chaturvedi, who is currently the Deputy Secretary at the All India Institute of Medical Sciences.

The order by the Principal Bench (Delhi) of CAT came on Tuesday following a plea by Chaturvedi, who had moved the Tribunal on Monday charging that the recent attempts by Nadda, who was also the President of AIIMS, and three other respondent officials of the Institute to nullify or rewrite his APAR for a period for which he claimed to have “already attained finality with ‘outstanding’ grade”, was only an attempt to “to finish the career of the applicant and to teach him a lesson for his lawful actions against powerful vested interests”.

“Already the applicant has been rendered without any assignment by the respondents and his cadre transfer/deputation proposals to the Uttarakhand and Delhi Governments have been blocked illegally as part of this victimisation strategy. More such moves on the part of respondents are in offing against the applicant,” Chaturvedi had submitted before the Tribunal.

In its order, CAT restrained the Health Minister from “writing afresh the APAR” of Chaturvedi for the period from April 1 to July 15, 2014, and gave the respondents two weeks’ time to respond to its notice. The next hearing has been scheduled for June 30.

The Tribunal noted that the duly completed APAR was submitted to the Cadre Controlling Authority on February 9, 2015, but on May 28, 2015 Chaturvedi was asked to submit a fresh APAR proforma for the entire year 2014-15 to be filled up by the Reporting and Reviewing Authority as a new Reviewing Authority had taken over on November 9, 2014.

The court took into account the submission of Chaturvedi’s counsel, who said the APAR for the period from April 1 to July 15, 2014, had already attained finality and couldn’t be reopened.

In the petition, Chaturvedi claimed that the latest orders of the Health Minister to rewrite his APAR were “part of vindictive actions” which he has been facing from the respondents – the Health Ministry and AIIMS  – over the “past one year” during his stint as Chief Vigilance Officer of the institute from July 7, 2012 to August 14, 2014.

Chaturvedi was divested of the charge after Nadda, who was then only a Member of Parliament, wrote against him to then Health Minister Harsh Vardhan.

Chaturvedi had also tried to explain why he was being targeted by Nadda. Among the prominent cases of corruption he’d exposed, he said, one was that of Vineet Chaudhary, a 1982 batch IAS officer from the Himachal cadre and then Deputy Director (Administration) AIIMS, and now Additional Chief Secretary Himachal Pradesh. Chaudhry had earlier served as a secretary under Nadda when the latter was a minister in the State.

Chaturvedi has mentioned that a case was registered by Central Bureau of Investigation on September 1, 2014 against Chaudhary “for illegal extension of Superintending Engineer B.S. Anand to supervise Rs 3750 crore expansion project and for other financial irregularities in engineering works.”

He added that a preliminary enquiry had been initiated by the CBI on September 1, 2014, into various irregularities and it also reportedly recommended major departmental proceedings against Chaudhary.

Taking J.P. Nadda’s Health Ministry head on, Chaturvedi has submitted before CAT that “in order to protect these corrupt elements, the respondent Ministry and Institute never allocated the work of monitoring of infrastructure projects to the applicant. The extent to which the Respondent Ministry can go in protection of these corrupt elements is obvious from the fact that the said work has not been allocated despite the ministry reiterating the same in a report sent to the Prime Minister and in an affidavit filed before the High Court of Delhi.”