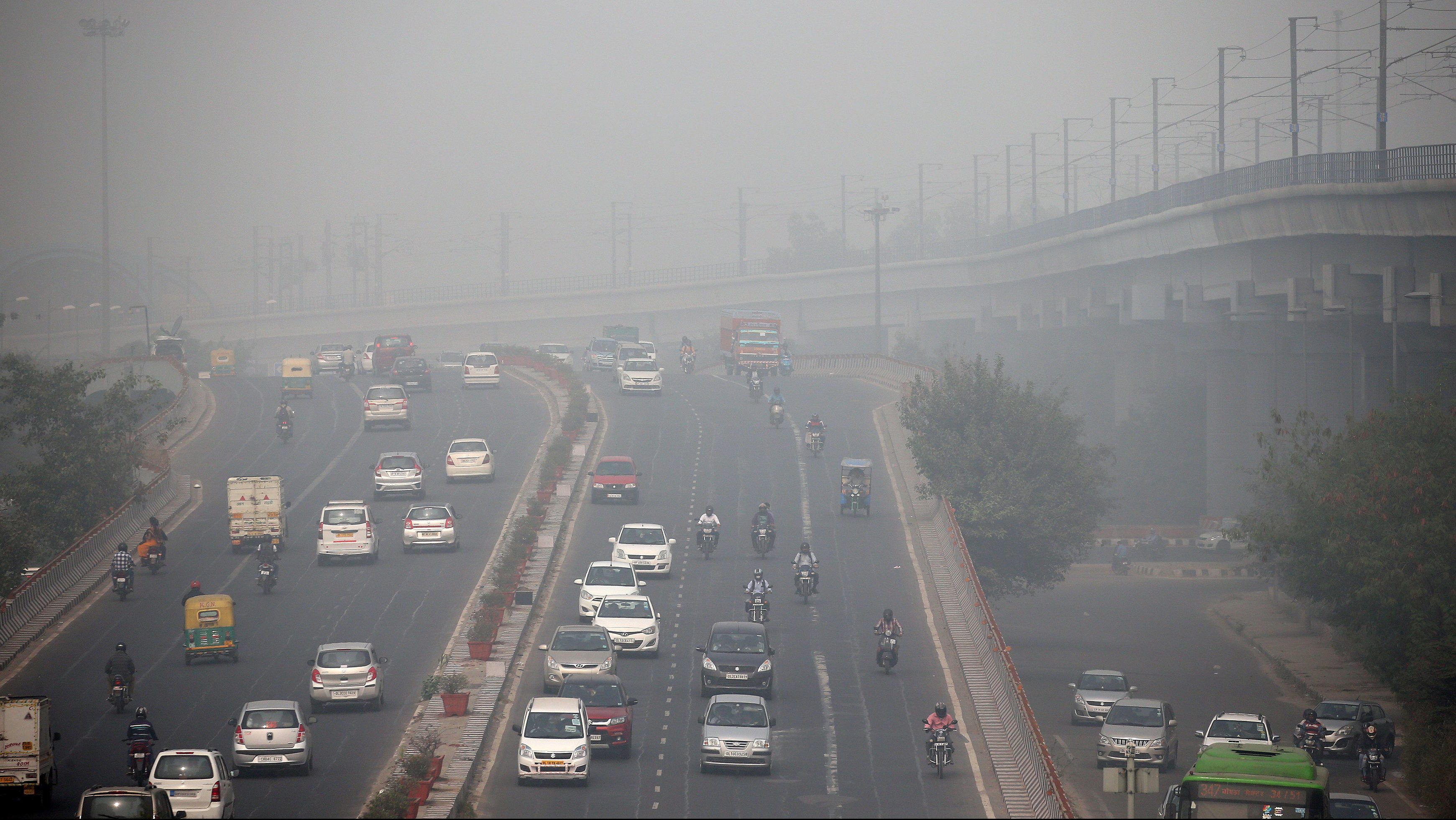 The costs of ignoring air pollution just took an exponential leap. According to a report published by The Lancet Commission on Pollution and Health, “Pollution is the largest environmental cause of disease and death in the world today, responsible for an estimated 9 million premature deaths in 2015.” Of these deaths, air pollution is the biggest contributor, linked to 6.5 million deaths. Now, a group of British researchers have found that air pollution from road traffic has a detrimental impact on babies’ health even before they are born.

The study, published online on December 5, 2017, in the British Medical Journal, included maternal exposure to traffic pollution from 2006 to 2010 and covered the Greater London and surrounding counties, an area of 2317 km2. Its conclusion suggests that exposure to air pollution from road traffic in London during pregnancy is associated with an increased risk of low-birth-weight babies born at full term.

The researchers knew that road traffic pollution comprises not just pollutants like nitrogen dioxide and particulate matter but also noise. Several studies have suggested a link between maternal exposure to ambient air pollution during pregnancy and reduced birth weight, low birth weight or small for gestational age. Researchers from Canada highlighted as much in a meta-analysis of 62 scientific studies, published in August 2012. However, the British analysis showed that traffic-related noise seems to have had no effect.

“The relation between road traffic noise and birth weight is unclear, and research examining traffic related air pollutant and noise co-exposures together is very limited, so the extent to which observed air pollution associations might be attributable to road traffic noise is poorly understood,” their study concluded. The authors have asserted that their findings are applicable to other cities in the UK and Europe, and call for environmental health policies to improve air quality in urban areas.

Their study explored the relationship between exposure to air and noise pollution from road traffic during pregnancy and for two birth weight outcomes: low birth weight (less than 2,500 g) and being born small for gestational age. They identified 540,365 live, single, full-term births occurring in the Greater London area between 2006 and 2010 from national birth registers. They recorded the mother’s home address at the time of birth in each case and estimated the average monthly concentrations of traffic-related pollutants in that area, of

Using statistical models, the British researchers analysed the data and found that increases in traffic related air pollutants – especially PM2.5 – were associated with 2-6% increased odds of low birth weight and 1-3% increased odds of being small for gestational age (after accounting for traffic noise).

The annual mean concentration of PM2.5 in London in 2013 was 15.3 microgram per cubic metre. The authors estimate that reducing London’s annual average PM2.5 concentration by 10% would prevent approximately 90 babies from being born at term with low birth weight every year in the city. “With the annual number of births projected to continue increasing in London, the absolute health burden will increase at the population level, unless air quality in London improves,” they cautioned.

“The importance of this study is that it makes a very strong case for the need to drive down traffic-derived emissions from roads as soon as possible,” Jonathan Grigg, a professor of paediatric respiratory and environmental medicine at the Queen Mary University of London (QMUL), told the Science Media Centre. “Children in London and other large urban areas are currently inhaling traffic-derived pollutants that increase the risk of pneumonia and asthma, and stunt lung growth. This study suggests that damaging effects of air pollution start well before birth.” He was not involved in the study.

According to Barbara Maher, an expert in magnetic tracing of airborne nanoparticulate pollution at the Lancaster Environment Centre and another independent researcher, “Previous work has shown that nanoscale, metal-bearing and potentially toxic pollution particles can gain entry to the amniotic fluid surrounding the developing child. This new study re-emphasises the damage which air pollution is causing, not only from cradle to grave, but even before birth.”

According to the British Medical Journal itself, only policymakers have the power to protect women and unborn babies. The editorial unhesitatingly declared, “A global perspective reveals something approaching a public health catastrophe.” It also notes that the study should increase awareness that prenatal exposure to small particle air pollution is detrimental to the unborn child. “However, increasing awareness without solutions for risk reduction may serve only to increase maternal anxiety and guilt.”

The possibility of adverse health effects to babies before they are born due to maternal exposures at low levels of pollution is worrying, especially in an India that hosts four of the world’s ten most polluted cities. The Central Pollution Control Board (CPCB) publicises the concentration of air pollutants, including PM2.5, in various cities. The typical PM2.5 concentration averaged over 24 hours for a few locations in Delhi on December 7, 2017 (reviewed by this writer), showed that the values at many locations exceeded the permissible limit – 60 microgram per cubic metre, the logic for which is elucidated here – prescribed by the CPCB.

A detailed report on pollution levels prior to and during Deepawali from the CPCB has been revealing. It showed values of up to 1,238 microgram per cubic metre for PM2.5 at Pitambura in Delhi on October 30, 2016 – over 20-times the permissible limit. The values at other locations were also high.

Also read: Come Deepavali, it’s the explosion of hot air around pollution that hurts us more

According to guidelines issued by the World Health Organisation in 2005, small particulate pollutants have health impacts even at very low concentrations. In fact, no threshold has been identified below which no damage to health is observed. So the guidelines aimed to achieve the lowest possible concentrations of PM2.5 and, not surprisingly, arrived at the following limits:

Thus, there is an urgent need to bring down the concentration of various air pollutants particularly PM 2.5 at various locations. The British study highlights the scientific basis for such a step.