The latest meeting of the Mission Steering Group was between bureaucrats and a few ministers. There were no external experts invited as non-official members. 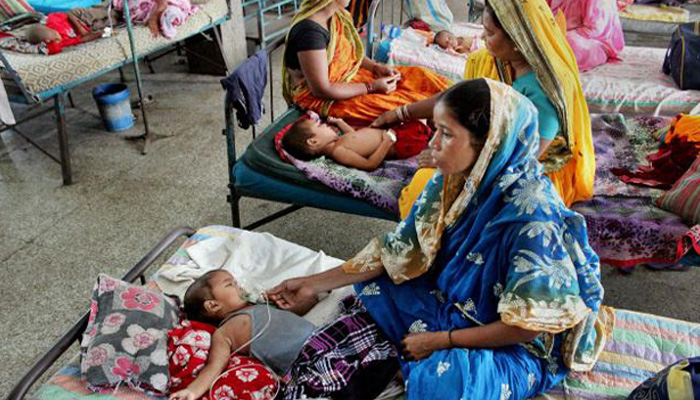 With the National Health Mission (NHM) top leadership spearheading the National Health Protection Scheme (NHPS) within the Ayushman Bharat programme, India has moved one more step closer to successfully transcending the so-called supply-side versus demand-side dualism in the health sector.

It is by now very clear that India will be following a two-pronged approach to achieving universal health care, with the NHM and the NHPS playing equally important and interlinked roles. It is a historic opportunity for India to expand healthcare coverage to geographic regions and population groups yet uncovered, and multi-stakeholder engagement is crucial, given the diversity of the country.

It is disconcerting for the same reason to learn that for the first time in more than ten years, a meeting of the Mission Steering Group (MSG) of the NHM was conducted with zero participation from technical experts. New members have not been appointed yet, a year after the term of the previous set of technical experts ended. The change in composition of the MSG has also not been reflected on the NHM website yet, and the names of the ten expert members have still not been removed.

The MSG has been the apex policymaking and steering body under the NHM. It provides policy direction to the NHM, guides the main programme and oversees governance for the health sector. It also has an advisory role vis-à-vis the Empowered Programme Committee of the NHM in policies and operation. The MSG’s approval is required for new initiatives within the NHM. It also forms the top layer of NHM responsible for planning about and disbursing funds with state and district health missions.

Eleven ministers from the health and allied ministries are its members, along with the CEO of Niti Aayog. The rest of the members consist of secretaries of all major ministries linked to health policy implementation, four secretaries from the ‘high focus states and ten eminent public health professionals from across the country as non-official members selected based on their expertise.

The National Consultation on Transitioning from millennium (MDG) to sustainable development goals (SDG) had assigned the MSG to:

The consultation also recommended establishing a National Task Force on SDG-3 to work under the MSG’s guidance to support states with the rollout of the SDG health agenda and to set up periodic review mechanisms. Given its vast mandate, having technical experts well versed in the regional realities of India’s health system on board the MSG is key.

It was also mandated that the secretaries (Health and Family Welfare) of high focus states shall be nominated as MSG members for one year each by rotation, by the Government of India. The nominated public health professionals are to hold office for two years, and would be eligible for renomination by the government. The first meeting of the steering group under NHM was held on December 6, 2013.

The transition between the National Rural Health Mission and the National Health Mission saw the reconstitution of the ten external members, who were public health professionals serving public and private sectors in different capacities. A new set of ten members was nominated by the government. It has been well-accepted that, through all MSG meetings of both the NRHM and the NHM, these members have actively participated in deliberations and their technical inputs have been of immense help in decision-making.

However, this year’s MSG held in February was the first one in which no external expert participated. It has been learnt that since the previous MSG meeting, in January 2017, some of the non-official members were informed that their tenure was over. Even after a year, new members have not been appointed, and the latest MSG meeting was – other than a few ministers in participation – an all-bureaucrat affair with no external expert invited in as a non-official member.

This is strange given that the MSG has been praised for the consolidation of governance and robust technical leadership it achieved at the public health policy and programme management levels. Much of this was the result of directly engaging technical experts as part of the deliberations – as the minutes of MSG meetings over the years will demonstrate.

In this era of exciting developments in the health sector, where NHM is going to be the mainstay of Ayushman Bharat through the NHPS initiative, health policy is too important to be left to bureaucrats alone. As a country with a glowing tradition of democratic policymaking with multi-stakeholder participation, new non-official members of the MSG will need to be appointed at the earliest.

This article was originally published on ORF Online and has been republished here with permission.