The Things We Don't Know About Zika Virus, But Should, Could Make it Deadlier

The Zika virus has considerable potential to penetrate our borders to play havoc amid the ideal conditions provided both for it and the mosquitoes. 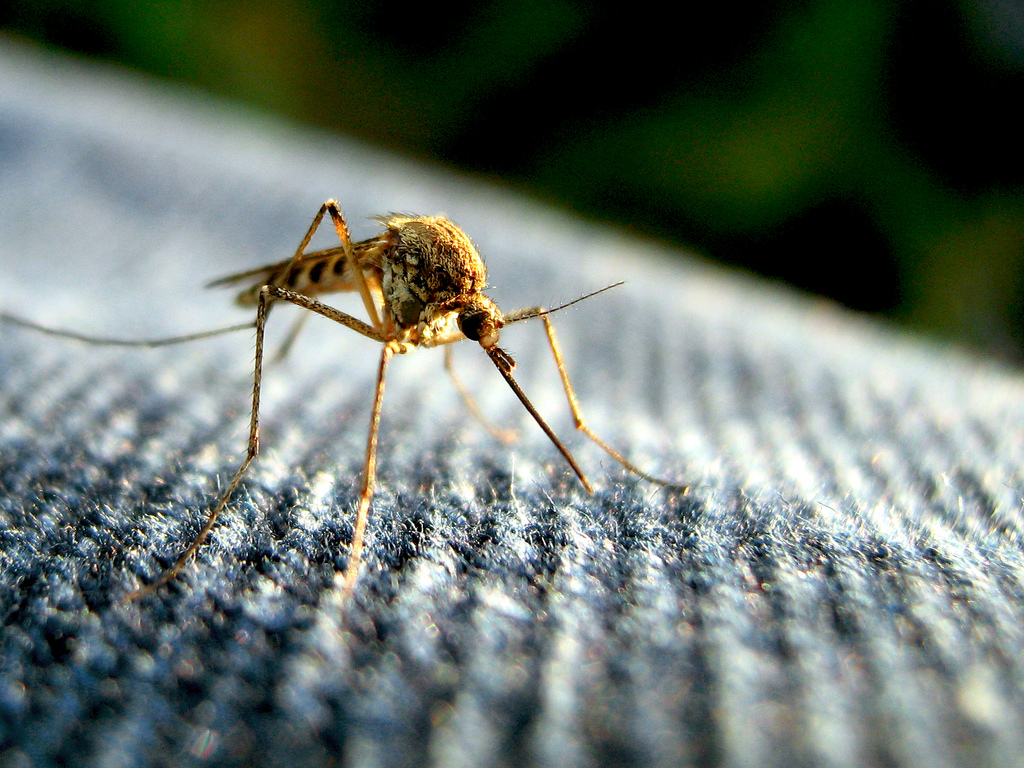 A mosquito. Credit: turkletom/Flickr, CC BY 2.0

Albert Camus would’ve agreed that 2016 has had a charming start. Global stocks have fallen over 20%. One of the worst blizzards in history lashed Washington DC on January 22, leaving hundreds of thousands of people without power and damage estimated to be in the billions of dollars. New York city’s Central Park got buried under 27 inches of snow. A strong El Niño has been repeatedly slamming the American west coast with brutal storms.

Not to be undone, the mighty mosquito has made a comeback as well (not that she ever went away), bringing back into focus a crippling disease that irreversibly damages the brains of newborn children. A pandemic of this virus infection has hit Latin America and the Caribbean, and potentially threatens the rest of the world – including India. Brazil has been severely hit by this virus; more than 4,000 babies have been born with unusually small brains. Forty have died. This is the Zika virus named, after a forest in Uganda where it was first incidentally identified in 1947. Zika is an RNA virus that is termed an ‘arbovirus’ because it is transmitted by arthropods such as mosquitoes. The other arboviruses producing significant clinical diseases are the chikungunya (alphavirus) and dengue (flavivirus). Both of them, not unlike Zika, are transmitted by the Aedes aegypti female mosquito.

Dengue has captured print and electronic space because of its ability to kill a minority of patients while chikungunya, which leads to debilitating joint pains that linger on for months, has been largely ignored. The Zika virus that circulated initially in primates for thousands of years has finally exploded in humans. These viruses predate the emergence of Homo sapiens, as do the Aedes mosquitoes. The female mosquitoes learnt to lay their eggs in any water-filled container near human habitats a millennia ago.

The Zika virus and microcephaly

Mercifully, Zika has not caused hemorrhagic fever or death in the last half century. It manifests as a mild viral fever accompanied with muscle ache, eye pain and a rash. There is laboratory evidence, however, that Zika virus can enhance antibody-dependent infection of the dengue virus but the clinical ramifications of this phenomenon are as yet unclear. Zika is essentially a mild or asymptomatic dengue-like disease. However, an association with Guillain-Barre syndrome (a form of paralysis) and other neurological conditions has recently been observed in French Polynesia. El Salvador has reported 46 cases of Guillain-Barre syndrome in just December 2015, which has prompted the World Health Organisation (WHO) to investigate whether the increase in incidence is related to a regional Zika outbreak.

The epidemic has been construed as being ‘explosive’ in Brazil because its rising prevalence coincided with a 20-fold increase in the incidence of microcephaly – in 2014-2015. This is the first time that a flavivirus has been implicated in a congenital defect. The Zika virus could also be associated with defects in hearing and vision despite not causing brain damage or abnormally small heads. Most health authorities in the territory are recommending precautions against mosquito bites in pregnant women despite lack of concrete proof that Zika interferes with brain growth in human babies.

It is imperative that scientists quickly confirm the alleged causal link between Zika infection of pregnant women and underdeveloped brains. This is easier said than done because dengue and chikungunya imitate the clinical picture of Zika and, worse, may coexist. Specific tests to detect dengue or chikungunya are not always easily available while there is still no commercial test to confirm Zika anywhere in the world. Serological tests that detect antibodies could be misleading for diagnosis due to similarities in their structure. The highly sophisticated polymerase-chain-reaction assay can distinguish between the three viruses but Zika-specific tests are not widely available.

Management, at the moment, comprises bed-rest and supportive care. Aspirin must be avoided (keeping dengue in mind), while a rising hematocrit (the proportion of red blood cells) suggesting imminent hemorrhage would mandate specific life-saving measures. Similarly, lingering joint pains in the case of chikungunya require requisite treatment. The problem is that Zika also has no specific antidote, so preventing mosquito bites becomes the mainstay in Zika prevention. There are no vaccines in development, either.

Most Indian cities are infested by mosquitoes right through the year and suffer regular pandemics of dengue and chikungunya. We already have all the ingredients: the mosquitoes and the arboviruses. The potential for the entry of the Zika virus into India would be no more difficult than the refugees that have streamed into Europe the past few months. Maybe it has already sneaked in. It is still not clear as to how Zika landed in Brazil from Africa in the first place. Some have suggested that the 2014 FIFA World Cup may have facilitated entry into Brazil. If so, then with the Summer Olympics set to commence in August 2016, all sports federations across the world should be scrambling to ensure that athletes avoid mosquito bites by whatever means necessary when in Brazil. This would include using insect-repellents, apartment screens, wearing full-sleeved clothes, etc.

Female spectators will also need to be informed about the horror of giving birth to an infant with a small head in case they get infected while pregnant. The bad news is that medical authorities have no clue as to which phase of pregnancy is most susceptible. It could be in the first three months but as yet there is no data, and it would be prudent for pregnant women not to travel to Latin America or the Caribbean till the specifics are clear. Just as well, Indian health authorities will have to be on constant alert for any surge in babies with small heads.

There is the distinct probability that some time in the near future, pregnant women would be advised against international travel to almost the entire world. There have been dozens of deaths of infants as well as foetuses with small brains. Epidemiologists estimate that almost 1.5 million Brazilians have been infected with Zika. The situation is grim enough for several Latin American health ministries to consider advising women against pregnancy for the next two years, if not more. The Centres for Disease Control and Prevention in the United States have also warned pregnant women against making a trip to countries considered hotbeds of Zika. It said in a report, “the increased occurrence of microcephaly associated with cerebral damage characteristically seen in congenital infections in Zika-virus areas is suggestive of a possible relationship.” The director-general of the WHO is convening an emergency meeting in Geneva early next week in view of the Zika virus “spreading explosively” and accepting that “the level of alarm is extremely high.”

The exact pathogenesis of Zika virus infections remains to be completely unraveled, and there are multiple questions on the way. Has the virus transformed in the last 60 years? Did it mutate in Brazil? Does a preceding dengue infection facilitate Zika virus invasion of the embryonic brain? The exact cause for irreversible brain damage also remains elusive. There is no vaccine or cure for Zika while not more than 20% of infected persons will develop any symptoms.

We are staring at an epidemic of babies born with small, damaged brains as we rush to close the gaps – in revolutionary ways, in some cases. Recently in Brazil, millions of genetically modified male mosquitoes were released. Each GM mosquito, a putative mutant, was infected with a genetic material that ensured its offspring, subsequent to mating with the wild female mosquito, died young. It has been reported that more than 95% of mosquitoes were dead in six months when such male mutant mosquitoes were released in the Cayman Islands. But whether the Zika virus’s sudden emergence in Latin America, with a suspected ability to irreversibly damage human embryonic brains and nervous systems, has anything to do with the mutant mosquitoes might be too radical an idea to toy with at the moment.

In any case, Indian authorities would do well to sit up and notice the looming Zika invasion. The Zika virus has considerable potential to penetrate our borders to play havoc amid the ideal conditions provided both for it and the mosquitoes.