Muslims Up, Hindus Down: The Perils of Reading the Census as Sensex

Excerpts from an interview with former secretary of the Planning Commission N.C. Saxena on what we ought to really take away from the recently released religion data from the 2011 Census. 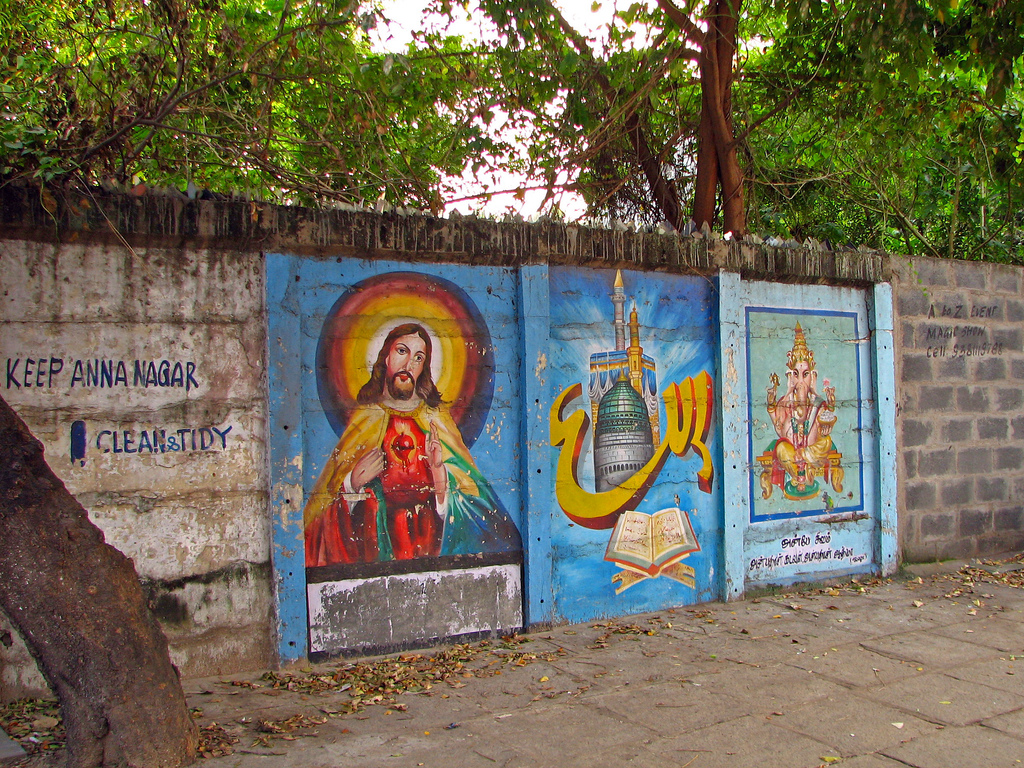 Sometimes, the more newspapers write on a subject, the more obscure it becomes, especially if it comes dressed in apocalyptic fervour. On August 26, most media reports on the just released Census 2011 data on ‘population by religious community’ could easily have been mistaken for a present-day stock market update: Hindus slide from 80.5 % to 79.8 %; Muslims climb from 13.4 % to 14.2 %, showing the highest surge in the rate of growth at 24.6 % as against Hindus at 16.8 %.

In this din, there were a few isolated examples, such as The Hindu, which provided a vital  context for these figures by explaining that the rate of population growth among Muslims is slowing more sharply—from 29.5 % in 1991-2001 to 24.6 % in 2001-2011—as compared with Hindus for the same period (19.9 %to 16.8 %); and while the Muslim population is still growing at a faster rate, the gap between the two growth rates is decreasing. The two rates are beginning to converge over time.

So the question is this: should the Census data on religious communities be understood only in terms of religion? Does the data actually hold up to the kind of polarised scenario that newspapers have depicted, or is there a more comprehensive and nuanced way of looking at these facts to get a sense of the shifts underway in society?

In an interview to The Wire, ex-bureaucrat, former secretary of the Planning Commission and currently Supreme Court Commissioner for Food Security N.C. Saxena tells Chitra Padmanabhan that there are many more factors affecting the population growth rate than just the natural ones. Chief among these factors are regional patterns of population growth in India, the urban-rural dimension, and migration. Excerpts from the interview: Q: How should one read the 2001-2011 data on population by religious communities released by the Census of India?

A: The share of Muslims has increased in the overall population; the Muslim rate of growth is higher than that of the other groups but the rate of increase is slowing. More importantly, the gap between the growth rates of Hindus and Muslims is narrowing.

Let me give an analogy. When the government says that inflation is coming down people turn around and say, but the prices are not coming down.  Yes, the prices are still increasing but the rate of increase is declining. Similarly, the population of Muslims is certainly increasing at a faster rate than that of the Hindus or Christians but its rate of growth is coming down and it is said that by about 2050 it will stabilise at around 17 % to 18 %.

But it is important to understand the overall picture and the interplay of many more factors at work.

Q: What is the overall picture? How should we be looking at these facts?
A: Most people give a religious colour to this data. But look closer and you will see a definite regional pattern at work. For instance, almost 60 % to 65 % of Muslims live in the northern states – Uttar Pradesh, Bihar, West Bengal, and Assam, with the overall population growth of northern states being faster than that of southern states. Within this framework let us compare Bihar, with a 15 % Muslim population with Kerala, which has a 25 % Muslim population.  Yet, in 2001-2011, Bihar’s overall population grew by 25 percent while Kerala’s population grew by 5 percent – that is, despite the fact that there are more Muslims in Kerala, the overall growth rate of Bihar was five times the growth rate of Kerala.

Q: You mentioned something about the urban-rural aspect while looking at the higher rate of growth among Muslims in the country.
A: In states such as Uttar Pradesh, Bihar and Maharashtra, a large percentage of Muslims live in urban areas: say 40 % of Muslims as compared to 25 % Hindus.  Because of better health facilities, the mortality rate among Muslims is lower and plays a role in the increase in rate of population growth.

Q:  Demographers are saying that the rate of increase among Muslims is higher than that of Hindus owing to higher fertility, higher child mortality among Hindus and greater life expectancy among Muslims. Is this connected to the urban-rural aspect?
A: Muslims are more urban-based. They are mostly artisans. So, despite the fact that they are poorer, their mortality rate is lower. It is not just a question of how many children are born but also a question of levels of mortality.

Q: You mentioned migration as a third important factor influencing the growth rate of Muslims in India.
A: It becomes clear when you compare a 1971 map of India with a 2011 map. The 1971 map of India shows that apart from Jammu and Kashmir there were only two Muslim majority districts in India: Mallapuram in Kerala and Murshidabad in West Bengal. The 2011 map of India shows between 10 to 15 districts in India in Bihar, West Bengal and Assam where Muslims are in a majority. It is not so much due to higher fertility as it is due to migration from Bangladesh. The rate of growth has to be seen in these terms as well.

Apart from the role played by regional patterns, the urban-rural dimension and migration, there is a fourth factor determining the rate of growth of various religious communities if you take a long-term view. What I am getting at is that fertility varies. There are historical reasons because of which fertility for certain groups is high or low. From 1971 to 2001, Kerala and Tamil Nadu had the least population growth in India and they were followed by – surprisingly – Orissa owing to the fact that fertility among the tribal population was low.

The rate of growth of various communities is a complex phenomenon and it is important that we understand that. I am aware that to there is a religious aspect to it as well when it comes to restriction on family planning – more explicit among Catholics but also found among Muslims at certain levels – but there are more important factors at work which play a role in increasing the growth rate of Muslims than just the natural growth of population.

Q: So there’s much more to Census data on religious communities than religion. Is there a way to read it in conjunction with other Census figures to get a more illuminating picture?

Q: Are you saying that when we see this data only in terms of Hindu population slipping below 80 % as against Muslims increasing to 14.2 %, we are liable to miss out several underlying patterns that have a bearing on how India develops?

A: Exactly. Let me give you an example. As I have already pointed out, a regional, state-wise analysis of the Census data will show that population growth and fertility is a regional phenomena because of which the share of Kerala’s population (with 25 % Muslims) has come down from 4 % to 2.5 % in the overall population in the last 40 years.

Kerala actually gains from this. For instance, Finance Commission grants are based on the 1971 population, so Kerala gets more funds per capita, while states like Uttar Pradesh and Bihar lose out because of their higher population growth.