"She's Our Daughter. The Law be Damned." 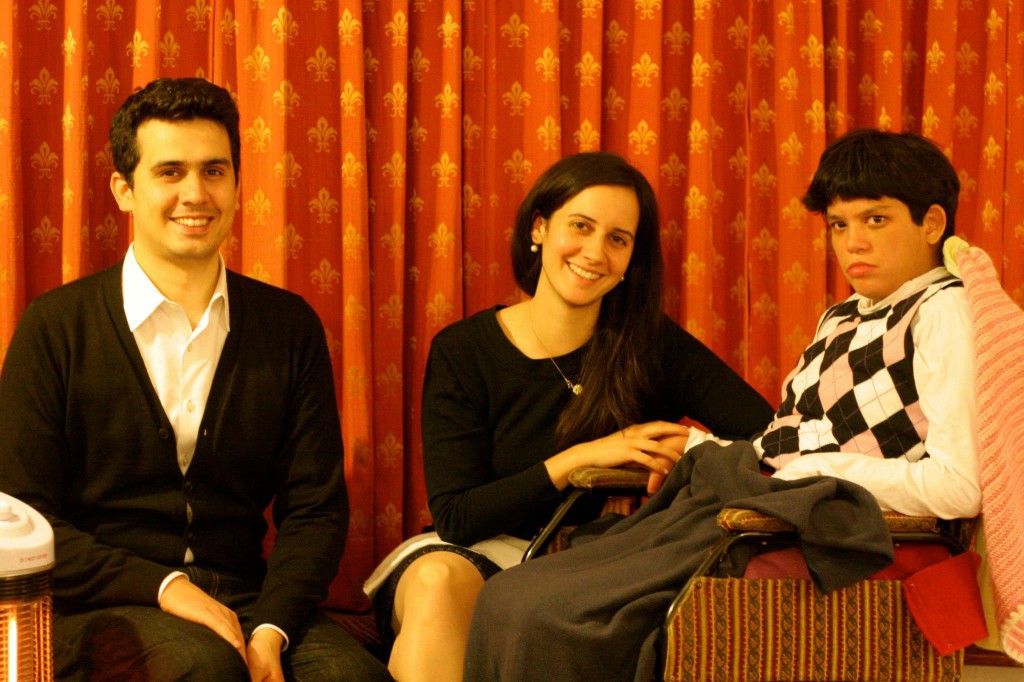 On Thursday I attended a meeting at the Dehradun District Magistrate’s office. As one of the city’s prominent organisations for people with disability, we were asked to be present at a session to decide on guardianships for a number of adults with mental handicaps.

By law in India, a person over 18 with a mental handicap is no longer automatically in the care of her parents or siblings. Over 18, the State steps in (with both flat feet) and things become more complex.

At this meeting, eight individuals were represented by a voluntary organisation which had been caring for them for over 40 years. Four were spoken for by family – one mother; one father; two sisters.

After granting guardianship to all of those who had applied, the District Magistrate paused to thank them for their good citizenship, for their willingness to shoulder the responsibilities of caring for a person with a disability and for the strength of character behind their decision. I liked that. Because it’s not an easy thing to do for a lifetime and it’s nice when it’s acknowledged.

During the process, however, Rizwan Ali, my colleague at the Foundation and also a lawyer, pointed out a clause in the law which had till now escaped my notice. In a list of criteria for being appointed a guardian was this one:

A guardian must be a citizen of India. Foreigners, even though they be persons of Indian origin, may not be appointed as legal guardians.

I have lived in India for so long my first thought was “There’s got to be a way around this.” With the formalities over, I asked for permission to speak, saying I had a question I wanted him to clarify.

Briefly, I explained my situation: I am an American with “Person of Indian Origin” Status. I’m married to an Indian and have been living in the country for 34 years. My husband and I adopted a child with disabilities when she was 2 weeks old and we have been caring for her for the past 25 years. I started an organisation for her which now serves hundreds of children with disability every day.

And then the question: Are you really saying that I cannot be her legal guardian? The District Magistrate and I went back and forth a few times. “Madame,” he said. “This law must have been written after a lot of thought. You are obviously a good person, even though a foreigner. But there must be foreigners who are not so good. Hence this law.”

“Of course!” I agreed. “But there are also plenty of Indians who are not so good. That can’t be the reason for the law.”

Finally, the Social Welfare Commissioner weighed in, in the traditional, buying-time-approach so common to Indian bureaucrats: “Madame, aap apply kijiye. Hum dekhae jayengae.” (Just apply, Madame. We will see what happens then.)

The District Magistrate glared at him. “If she submits an application, I will reject it.”

At least he was honest.

But he couldn’t possibly understand what his words did to me. I felt as if I’d been hit by a bus. It was all I could do to stop myself from crying out. Because I have three children and it felt as if one of them was being torn out of my life. In real terms, nothing will change. The government of India is not going to swoop into our home and wrestle Moy Moy away from us because I am not her appointed guardian. The last thing the government wants to do is take on another responsibility. It has been ignoring people with disability for generations; it’s not going to pick a fight with someone who is being well-looked after.

But if Moy Moy needs an operation and someone in the hospital I take her to decides to be serious about medical consent law, my being her mother – the person who has cared for her since the day she was born – will make no difference whatever. Legally, I am no one in her life.

And if I want to take her with me to America to meet her grandfather, her brother, her sister, her aunts and uncles? Not happening. She cannot apply for a visa herself and legally, I can’t do it for her.

Her disability pension, guaranteed to her under the law? Who will apply for it? Not me. I don’t exist in the eyes of that same law.

I know. Like when your house is broken into and all your possessions are stolen. Nothing personal!

Or when you are mowed down by a hit and run driver and you end up in the hospital, fighting for your life. Nothing personal! I know. The District Magistrate has nothing against me personally. He’s just upholding the law. He didn’t write it; he knows it doesn’t apply to me.

And yet it does.

My daughter. My children. My life.

I believe that there is no parent anywhere who would accept this travesty of justice. I am Moy Moy’s mother. I have given up my life for her. She is 25 years old and I have been with her for every single one of those years. Every. Single. One.

That’s not small. That is actually huge.

The law be damned. She is ours.