The Union government is claiming to have achieved something that a majority of Indians know is untrue. By laying claim to ODF status, the prime minister has allowed the government machinery to stop bothering about the problem from now on. Photo: Reuters

New Delhi: Rural India is now ‘open-defecation free’. With this declaration on Wednesday, prime minister Narendra Modi has ‘fulfilled’ at least one of the many promises he made when he first came to power in 2014.

Except that lakhs of Indians will still continue to defecate in the open. By laying claim to the ODF status, the prime minister has allowed the government machinery to stop bothering about the problem from now on. And that is only one aspect of the entire issue.

In a way, the over-the-top semantic thrust of Modi’s welfare goals is the crux of India’s development story. While the reality on the ground may be different, the Union government is content with ticking the right boxes to back its claims.

Only last week, two Dalit children were lynched in Madhya Pradesh for relieving themselves in a village which had been declared ODF. The underlying casteism of the incident aside, the political message that a child can’t even relieve himself or herself if it defies the government’s claims was there for everyone to see.

That India is far from being ODF is not hidden at all. A large majority of Indians, including supporters of the ruling Bharatiya Janata Party, know it really well.

Also read: Six Charts Show That India Is Not Yet Open Defecation Free

The irony of India laying claim to ODF status reflects most starkly in those innumerable slums of urban India and lakhs of villages where circumstances force people to look for abandoned corners to defecate. In so many north Indian villages, the archaic purity and pollution rules among forward caste groups still prevent them from using toilets in the premises of their homes.

How, then, is India now ODF?

One, because the government can classify a village as ODF if all its households have toilets. And two, there should be no visible human faeces in an environmental village. 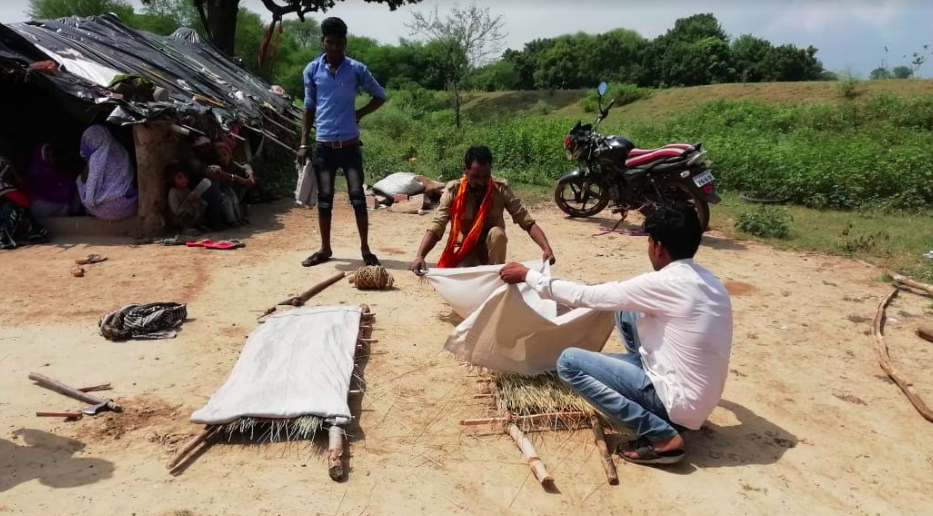 The house of the two Dalit children in Shivpuri, who were beaten to death for defecating in the open. Photo: By special arrangement

According to this uniform definition of ODF, the government claims that all registered households have at least one toilet as of today. Of these, the second criterion was hardly followed in practice. There are barely ways to measure whether human faeces are found in a village or not.

The problem with this definition, however, is that it solely relies on latrine ownership. Statistical accounting does not include behavioural change. In other words, one does not know whether people who own latrines use it or not. Many field experts have already noted this glaring loophole.

In many villages across Uttar Pradesh, Bihar, Jharkhand, and Odisha that this correspondent visited over the last one year, the newly-constructed but shabby toilets were being used as abandoned dumpyards or storehouses.

There are other sets of errors too. A large majority of these toilets do not have a proper water connection, preventing them from giving up open-defecation. The ODF sustainability guidelines under the Swachh Bharat Mission (SBM) mandates that there should be provision for washing hands near the toilets. But ground reports suggest that toilets remain non-functional precisely because of inadequate or no water facilities.

The ODF sustainability guidelines under the Swachh Bharat Mission (SBM) mandate that there should be a provision of water in the toilets. But ground reports suggest that toilets remain non-functional precisely because of inadequate or no water facility.

The Wire’s Kabir Agarwal writes in his crucial story on how the government, in a hurry to declare India ODF, compromised on several counts. It reduced the target by removing a large number of households from the register.

The two-level verification process, mandated by SBM guidelines, to know whether the newly-built toilets were being used or not, has not been done in most villages. 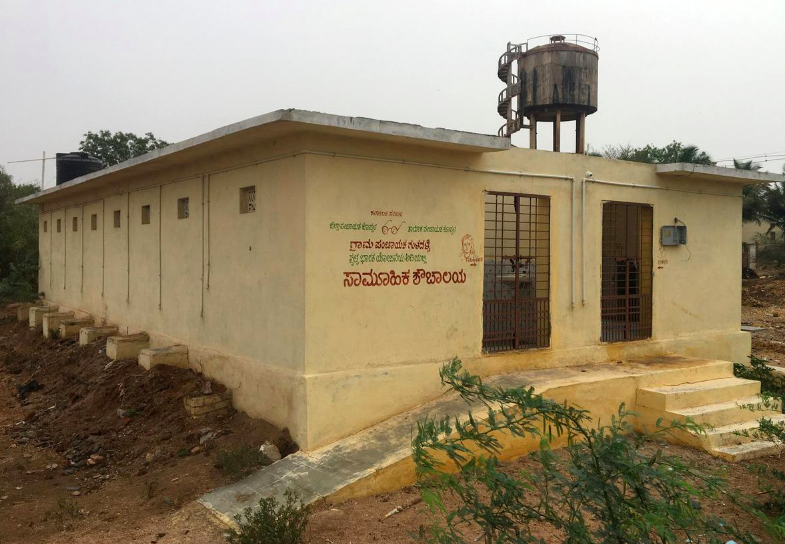 A public toilet built under the SBM, which residents say has been shut for over a year, in Guladahalli village in Karnataka, India, on April 30, 2019. Photo: Reuters/Sachin Ravikumar

To top all these failures, many states updated their records and declared innumerable villages as ODF only in the last four days, so that the Union government could safely announce that it has met its target by October 2.

“When The Wire checked the SBM database on September 26, the number of verified ODF villages (first level) in Odisha was 23,902. After four days, on September 30, that number had increased almost 55% to 37,008. That implies that Odisha had managed to complete first-level verification in over 13,000 villages in four days, at the rate of over 3,200 villages a day,”  the story notes, adding that 63% villages in Odisha were verified in just four days.

Similar is the case with many other north Indian states.

Let us not get this wrong. SBM is a significant scheme that has improved sanitation standards in India drastically. The construction of toilets in households which did not have one is a noteworthy government effort.

If we believe government estimates, however questionable they may be, around 11 crore toilets were built under the SBM since 2014. Yet, equating the achievement with the claim that India has become free of open-defecation is nothing less than a crude exaggeration – done purely to score political points.

Such a claim may not only precipitate a governmental crisis but also a moral one.

Governmental, because now executives and bureaucrats can safely assume that they do not need to address the problem of open-defecation anymore. According to government registers, India has already freed itself from the problem. The single yardstick of success that the government relied on does not make toilet use a valid enough concern for the future.  There are speculations that the government may come up with another scheme called “ODF Plus” to plug holes but wouldn’t it then merit a question mark over the grant of ODF status in the first place?

It also signifies a moral crisis as the Union government is claiming to have achieved something that a majority of Indians know is untrue. This is being done with so much surefootedness that it seems the government has abiding faith in people’s ability to gloss over the obvious discrepancies of the claim.

One of the stories that has attained folklore status in India is about Mahatma Gandhi cleaning toilets himself in order to set an example and encourage people to do the same. This, he hoped, would end a part of the discrimination Dalits traditionally faced in India.

More than 70 years after Indian independence, forward caste groups still continue to use Dalits as their toilet-cleaners, even as Gandhi’s anniversary is celebrated with elan every year.

Now with the prime minister choosing his 150th birth anniversary to declare rural India as ODF, overlooking the fact that a majority of the toilets do not have water facilities,  it seems as if he has gifted crores of Indians toilets to clean rather than to use.

The contrasting picture between ground reality and government claims on open-defecation feels like a tragicomedy – the ODF status as nothing short of a cruel joke on Indians, and that includes even Modi’s supporters.