The Anti-HIV Treatments That Could Be Actually Revolutionary

The stem-cell treatment reported last week requires too many things to fall in line and still carries a big risk of death. There are other safer and more effective weapons in our fight against HIV. 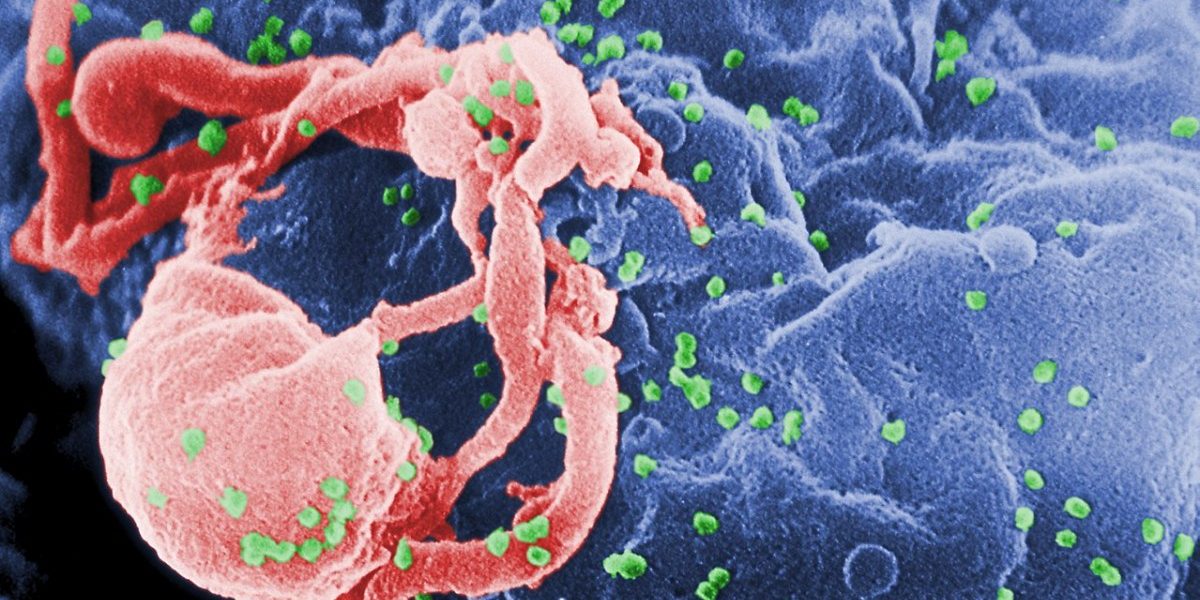 A scanning electron micrograph of HIV-1 budding (in green) from cultured lymphocyte. Caption and credit: CDC

Over the past week, the internet has been awash with articles about ‘the London patient’, the second person after ‘the Berlin patient’ to have been functionally cured of the human immunodeficiency virus (HIV).

The event has been described mostly in the superlative, with many news reports calling it a major breakthrough in the field. Some went as far as to call it a “ray of hope” to HIV patients worldwide.

This is not correct. In reality, the terms and conditions associated with the technique render it very unlikely to become routine therapy for HIV patients.

The procedure itself is fairly straightforward. HIV infects blood cells in the human body. So the bone marrow, which produces blood cells, is destroyed by radiation. A new marrow is transferred from a donor who is naturally resistant to HIV, thanks to a mutation in her genes.

Then come the caveats. Bone marrow transplant procedures have a poor survival rate. This raises ethical concerns that reserve this technique to only those people who need the transplant to treat some other disease, not HIV-AIDS. In other words, the cure for HIV is a bonus and not the transplant’s primary aim. And in almost all cases, this ‘other disease’ is some form of blood cancer. (Blood cancer affects the white blood cells of the immune system, and advanced stages of blood cancer require a bone marrow transplant.)

Other hurdles include finding a donor with a matching tissue type and with the rare Δ32 CCR5 mutation that makes her HIV-resistant. Then, the procedure itself kills about 40-50% of the people that undertake it. There is also no guarantee that you can rid yourself of the virus.

In fact, the rarity of the Δ32 CCR5 mutation is often the bottleneck. In India, for example, there has been only one reported case of a person harbouring this mutation. And without stem-cell registries – which India doesn’t have – finding a matching donor for the marrow transplant is next to impossible, let alone one with the mutation.

Therefore, ‘the Berlin’ and ‘London patients’ are both exceptions. They aren’t, and can’t be, examples of the technique’s success. And they certainly don’t offer a “ray of hope” to HIV patients around the world.

My intention is not to dismiss a success story but to ensure it is parsed in its appropriate, and complete, context. It may also be useful to consider other anti-HIV techniques that hold even more promise but have received less media attention.

Scientists are broadly pursuing two treatment strategies that could potentially take us closer to making AIDS a manageable disease. These therapies could lead to a functional cure.

A sterilisation cure hasn’t seemed practical for HIV because of viral latency. After an infection, the virus mixes its DNA with that of the host and then chooses to lie low without producing any new viral particles. This makes it impossible for the body’s immune system – or any drug – to identify an infected cell: to the immune system, a latent cell is an uninfected cell. The viral DNA is now a part of your DNA, and there is no way to tell such a cell apart because it will look and behave like any other cell in the body.

The virus can then reactivate itself at any point in the future and continue the infection.

As a result, any potential cure has to tackle two problems: the already-circulating viruses in the bloodstream and the latent cells.

Antiretroviral therapy can deactivate ‘fresh’ viruses in the bloodstream but it can’t identify and target a latent cell and prevent it from reawakening in the future. At the same time, the person is also expected to keep medicating themselves for their lifetime, thus solving both problems.

The two other cure strategies scientists are pursuing are also designed to tackle these problems. They are called ‘kick and kill’ and ‘block and lock’.

In ‘kick and kill’, the ‘kick’ is the use of a combination of newly identified molecules to kickstart a latent cell to produce new viruses. Once the cell is reactivated, antiretroviral drugs can move in and ‘kill’ the viruses.

This process is repeated using different combinations of activators until most of the activatable reservoir has been depleted. The patient can then stop taking medicines as well. However, a small proportion of cells in her body will still harbour the DNA of the virus, but it is unlikely these cells will ever become reactivated again. We know this because not even the most powerful activators will have succeeded.

‘Block and lock’ is the exact opposite of ‘kick and kill’. It involves the use of drugs that force the virus to stay latent forever. New drugs have shown this promise in preliminary tests. A few rounds of treatment with these drugs pushes the HIV into a state called deep latency – after which the virus can’t bounce back. And after a few months, these drugs are expected to be able to ensure that every latent cell has been pushed into deep latency, achieving a functional cure.

These are important weapons in a seemingly unending war we have waged for over 30 years. While the Berlin and London incidents are proof that we have decisively won two of the battles, it is extremely unlikely that we can win all battles using the same technique. But with ‘kick and kill’ and ‘block and lock’, it becomes prudent to speculate that HIV will not remain the global burden it is.