The court has suggested that any complaint against a judge and investigation by the CBI should not be given publicity, ignoring the fact that public functionaries act under public scrutiny. 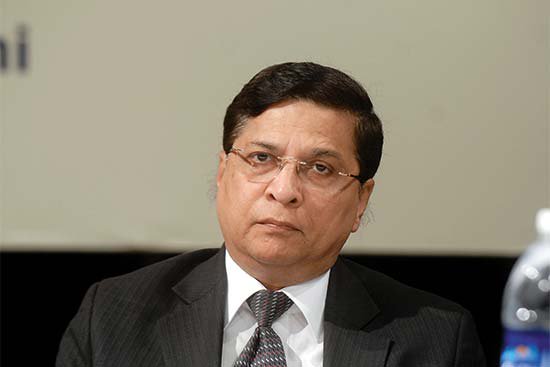 After the days of the Emergency, last week is perhaps the most the Supreme Court of India has been in the public gaze. While the propriety of the Chief Justice of India is being debated, the impropriety of the PIL litigants, Campaign for Judicial Accountability and Reforms (CJAR) and Kamini Jaiswal, has also been widely questioned. Now that the Supreme Court has delivered its judgment on the PIL filed by Jaiswal, one can assess the whole episode with equanimity.

The judgment, in paras 9 and 30, has given justification for the hurried constitution of the constitution bench on November 10. It states that there was variance between the orders passed by the two division benches, which necessitated settling of the law. In the CJAR case, the direction was passed requesting the CJI to constitute an appropriate bench for hearing the matter. The only question that was before the CJI on administrative side was what would be the “appropriate bench” when a similar case, in the PIL filed by Jaiswal, had been directed to a constitution bench. Had the CJI desired to respect the judicial order of Court No. 2 instead of asserting his administrative authority, there was no constitutional question that needed to be answered. The CJAR matter could have been listed before the bench hearing the similar matter.

It is worth noting that even after the settling of the law by the constitution bench, the CJAR matter was not listed on November 13. Thus, the justification is not convincing. One can reasonably perceive that the issue as to who is the master of the roster was hurriedly considered by the constitution bench, only to supersede direction for listing the matter before five senior-most judges. Petitioners and their lawyers have been blamed by the bench for bringing disrepute to the institution, but was it so unforeseeable that the constitution of the bench of the senior-most judges would have put all doubts to rest? And the legal question regarding the power of the CJI would also have been decided by the senior-most judges. Who then has brought disrepute to the institution?

Court No. 2 had also issued a notice to the CBI and it was directed to submit all materials pertaining to the FIR. This part of the order was never eclipsed by the November 10 judgement of the constitution bench. Despite that, while hearing the case on November 13, the court did not even ask about the compliance of the interim direction. In fact, no one appeared for the CBI. K.K. Venugopal appeared in his capacity of being the Attorney General for India. He submitted, “There was absolutely no material to link the highest judiciary of the country with the so-called act of retired Justice I.M. Qudussi and the persons named in the FIR.” That view appears to have been accepted by the court. It is pertinent to question how the Attorney General came to this conclusion when he was not even appearing for the CBI.

Another grave aspect of the matter is the dismissal of the PIL on merits. During the hearing, when the senior counsel appearing for the petitioner started reading the FIR, the court interrupted him saying that they were concerned with the maintainability of the case, which, according to the court, was marred by the impropriety of the petitioner. But in para 22 of the judgement, the court has given findings on the merits of the FIR. The court says, “it passes comprehension how it was, that the petitioner presumed, that there is an FIR lodged against any public functionary”. It is a fact that “unknown public servants” have been made accused in the FIR. For ready reference, one can see para 7 of the judgement. In the list of the accused persons at serial number 7, “other unknown public servants” has been mentioned. This would ordinarily appear as an apparent mistake. But what is notable is that the fact that unknown public servants have been made accused in the FIR was vehemently put forth by the petitioner’s side at the time of the hearing.

Further, the court has suggested that any complaint against a judge and investigation by the CBI should not be given publicity as it would have far-reaching effects on the judge and the litigant public. The court ignores the other side of the coin that it is necessary for a healthy democracy – that public functionaries act under public scrutiny.

The court further notes that there is no name of any judge in the FIR. But it ducks the question whether the investigation relating to bribery in a case pending in the Supreme Court cannot concern the Judges of the Supreme Court. Further, the court notes that there was no favourable order passed in favour of the litigant and the bribe money was yet to be delivered. What is strange is that all these findings have been given without taking note of the materials the CBI was supposed to submit under the order passed by the Court No. 2.

Whether there is any material against the judges, who are the public servants apparently bribed, whether any bribe amount was asked or accepted by any judges or any other public servant, are all questions which could not have been concluded by the Supreme Court without looking at these materials, and only on the basis of bare reading of the FIR.

After reading this order of the Supreme Court, which investigator will dare investigate the material, if any, against the judges? Does it not run the risk of appearing to the public as a case of judges giving themselves a clean chit? Is the Supreme Court now not more vulnerable to unwarranted speculations as to whether it sought to remove a shadow of disrepute brought by the case or give it a peaceful burial?

Unfortunately, the doubt of the petitioners and others concerned that the case will not get a fair consideration has only got stronger by this judgment. In times to come, this judgment is fated to remain under a cloud, which is good neither for the institution nor for the general public.

Ramesh Kumar Mishra is an Advocate On Record in the Supreme Court of India.