The Supreme Court's decision ordering a mental examination of Justice Karnan is a major setback for the movement to reduce stigma against mental illness. 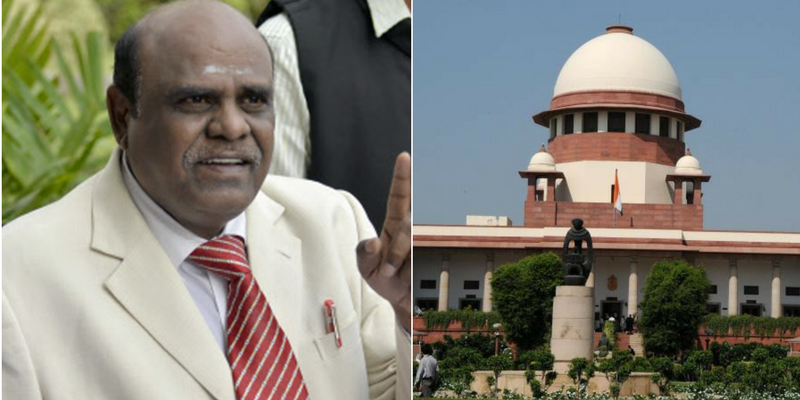 There was more drama on May 1 in the suo moto contempt petition against Justice C.S. Karnan before a seven-judge bench of the Supreme Court, with the court concluding that the Calcutta high court judge may not be medically fit to defend himself in the contempt proceedings, based on his press briefings and orders. The Supreme Court ordered that he should be medically examined by a board of doctors from Pavlov Government Hospital, Kolkata, which was asked to report to the court whether he is in a fit condition to defend himself.

Calcutta Pavlov Hospital, as it is called on the website of the Bengal Health and Family Welfare Department, is a mental hospital. By asking for a medical examination to be conducted by doctors from this hospital, the Supreme Court is questioning Justice Karnan’s mental fitness.

Indian law recognises two related but distinct concepts of unsound mind and mental illness. Although these concepts have been treated as synonymous at times, the law does distinguish between the two. Mental illness is a medical condition while unsoundness of mind is a legal finding.  The Indian Contracts Act, 1872 is the only law in the country that defines a sound mind. According to the law, a person is of sound mind if at the time of making a contract, he is “capable of understanding it and forming a rational judgment as to its effects upon his interests”. Thus, mental illness is neither necessary nor sufficient for a finding of unsound mind.

On the other hand, Justice Karnan may claim that the Supreme Court is trying to malign him and portray him as mad as he has made serious allegations against the court. Clause 3 (b) of the Mental Health Care Act says mental illness is not to be diagnosed based on non-conformity to moral, social, cultural, work or political values.

Justice Karnan’s battle has been with his peers and colleagues and he has been accused of not living up to judicial behaviour, displaying “abject disrespect” to the Supreme Court and thus not behaving in conformity with his professional values. There are no reports of Justice Karnan exhibiting any abnormal behaviour in his interaction with the press or public, or in his personal life. Can Justice Karnan rightly claim that he cannot be diagnosed as having a mental illness under the Act merely based on non-conformity with work values?

Given these factors, one wonders what can be achieved by ordering a mental health examination. Besides, there are practical problems in implementing the court’s order. The Supreme Court has asked for the medical report to be submitted in eight days. Psychiatrists will struggle to arrive at a definite conclusion about the presence or absence of mental illness within that time frame, especially since Justice Karnan is unlikely to submit himself to examination and/or co-operate with a psychiatric examination. It may be further argued that it is impossible for a group of psychiatrists to arrive at any conclusion about the presence or absence of mental illness in the current situation, even if the court were to give them more time.

Psychiatrists are thus placed in an unenviable position of having to conduct a medical examination with little co-operation from the person concerned and submit a medical report in an unrealistic time frame for what is essentially a work-related legal conflict between the country’s senior-most judicial officers.

Mental health professionals will also have to consider other legal aspects in this case. The Mental Health Care Act allows mental health professionals to examine a person with their consent, or with the consent of a person’s nominated representative in very limited circumstances (violence towards others or self or lack of self-care putting the person’s life at risk), or without consent in a medical emergency. It is unlikely that Justice Karnan will consent to being examined, nor can his nominated representative consent for his examination since he does not fulfil the criteria for consent by a nominated representative and clearly there is no medical emergency. If they cannot do it under the Mental Health Care Act, under what legal authority will psychiatrists examine Justice Karnan, if they insist on doing so? Can psychiatrists be prosecuted under the Act for violating its provisions or does an order of the Supreme Court override the provisions of the law and grant them immunity from prosecution?

One further issue from the Supreme Court order merits attention. Immediately after ordering a mental examination of Justice Karnan on the suspicion of him being unfit to defend himself, the Supreme Court also asked him to submit his response to the notice issued to him by the court in the next eight days. The court further said if he chose not to file a response it would be presumed he had nothing to say in the matter. It is difficult to understand the Supreme Court raising a question of the accused person’s mental fitness to defend himself and simultaneously asking the person to submit his defence to an earlier notice.

Soumitra Pathare is a psychiatrist.