Suicides Are Preventable If a Multi-Sectoral Strategy Is Evolved

There are many evidence-based strategies to prevent and reduce suicides. Although suicides and attempted suicide are a public health problem, the antecedents are also in the social domain. 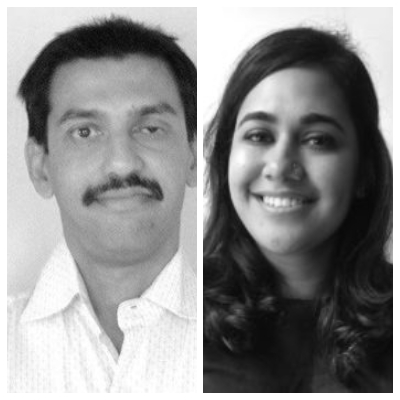 Discussion on suicides and attempted suicides in our society is either politicised (as in farmer suicides) or limited to when a celebrity takes their life or when there is a false scare (example, Blue Whale game). During other times, our policymakers and community just carry on with a shrug of the shoulders, as if nothing can be done.

World Suicide Prevention Day, on September 10, is a time to reflect on the huge impact that suicides have on the lives of many Indians. While suicide is a global public health problem, India accounts for nearly 1 out of 3 suicides worldwide. In 2012, the World Health Organisation estimated nearly 250,000 people in India die of suicide. Even a conservative estimate would mean that there were around 2.5 million attempted suicides, as they are approximately ten times the number of suicides in any country.

Everyone talks about India’s ‘demographic dividend’, but as of now, India’s demographic dividend (its youth) is killing itself. Suicide is the number one cause of death among young women (aged 15 -29 years), ahead of maternal mortality. Nearly 5,300 children aged 0 -14 years kill themselves each year in our country – that’s approximately 100 children each week.

However, ask any suicide prevention expert and they will tell you there are many evidence-based strategies to prevent and reduce suicides. Although suicides and attempted suicide are a public health problem, the antecedents are also in the social domain. Mental health problems increase the risk of a person dying of suicide, but other risk factors include interpersonal and marital conflicts, financial problems, poverty, lack of social justice, social inequities, domestic violence and unemployment.

So, what can we do to address this important public health issue?

Issues of mental well-being and effective coping strategies for distress need to be inculcated in adolescents and young children early on in life. With a high rate of youth suicides, we must implement evidence-based interventions in schools, families and other peer networks.

To highlight one example, our project SPIRIT (Suicide Prevention and Implementation Research Initiative) uses YAM (Youth Aware of Mental Health) framework for 14-16-year youth in schools in Mehsana, Gujarat. YAM trains young adolescents to discuss issues that impact their mental health, how to articulate their experiences of distress, coping strategies to deal with distress and suicidal ideas and ways of reaching out for help.

The interlink between domestic violence and attempted and completed suicide is another area of intervention that needs attention. Work done by Dilaasa (CEHAT, Mumbai), a crisis counselling centre, highlights the need to respond sensitively to women reporting attempted suicide, focus on developing tools to resist violence and strengthen as well as learn new ways of coping with domestic violence.

Peer support, despite being proven to be effective, low-cost intervention, has not been well implemented in India and should be given more importance.

An important feature of suicides in India is that one out of four suicides is due to poisoning, predominantly using pesticides, particularly in rural areas. World Health Organisation (WHO) has recommended that an important strategy towards suicide prevention in India is to reduce access to organophosphate pesticides along with public education to improve acceptance of restrictions to access and provide training to educators, youth, and health workers on how people can help in times of crisis.

There are simple interventions to also reduce ‘exam failure suicides’. Most of these suicides are by students who failed by a margin of few marks or those who got fewer marks than what they had expected. Activists in Tamil Nadu campaigned hard and got the state government to introduce supplementary exams after the board exam results. Research from Chennai showed that the number of such exam suicides reduced from 45 per year to just 9 per year after supplementary exams were introduced.

These examples of effective and evidence-based interventions highlight the need to involve other sectors such as agriculture, education, rural development and panchayat raj institutions in suicide prevention.

One cannot ignore the link between mental health and suicide. We now have a window of opportunity with the new Mental Health Care Act, 2017, which has effectively decriminalised suicide and mandates the government to implement suicide prevention programs. India’s National Mental Health Care Policy, 2014 also has a reduction of suicides and attempted suicides as one of its objectives. For the first time, the policy and legal environment is conducive to addressing suicides as a public health emergency. Developing a national suicide prevention strategy in India, as recommended by the WHO, is a missing piece which needs immediate attention by Centre. Suicide prevention strategy will need to be a multi-sectoral priority that involves not only the health sector but also education, employment, social welfare, the judiciary and others. It is heartening to note that states such as Chhattisgarh and Gujarat are taking the lead in developing state-level comprehensive suicide prevention strategies.

To summarise, suicide prevention is not the sole responsibility of health services but needs collaboration and participation between various sectors that influence a person’s life. The government also needs to take a more pro-active approach in developing a national suicide prevention strategy by involving all stakeholders including persons with lived experience, families, caregivers and mental health professionals.

Communities play a critical role in suicide prevention. They can provide social support to people in distress, engage in follow-up care, and fight stigma. If you know of anyone who has been feeling distressed, have a conversation about it. Asking questions about suicide is not a trigger. On the contrary, it helps a person open up and talk about their feelings. Self-care is an essential part of mental well-being. If you or someone you know has been thinking of suicide or has attempted in the past, you can link them to these resources:

For journalists reporting on suicide, a helpful resource guide by WHO can be found here.