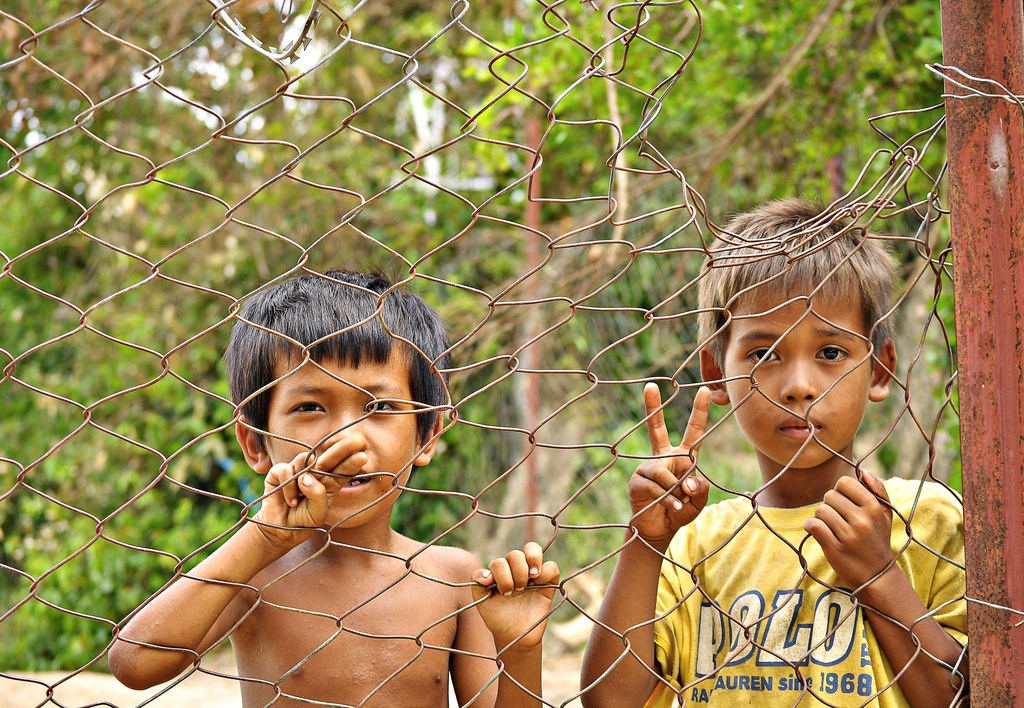 Increasing teenage pregnancy could have contributed to the high rates of malnutrition in Cambodia's children. Credit: Flickr/Davidlohr Bueso CC BY 2.0

Hut Tey knew she was going to struggle to provide for herself and her daughter following Nita’s birth 15 months ago. Employed by a garment factory on the outskirts of the capital, Phnom Penh, the 18-year-old wasn’t planning to get pregnant. When she realised she’d missed her period, she decided to see it through, even as her anxiety increased.

“I stopped sleeping because I was so scared I was going to be a bad mother,” she said. “I still lie awake worrying about what we will eat tomorrow or the day after.”

That fear is all too understandable. Cambodia has long recognised malnutrition as an urgent problem, with 80% of children between 6 to 8 months old not receiving the minimum acceptable daily diet and acute malnutrition linked to the deaths of 6,000 children each year, according to a 2014 study.

While the problem is persistent, it appears to be increasingly driven by adolescent pregnancy. A growing number of young parents, like Tey, say they lack the resources and the knowledge to meet the nutritional needs of their children. “When a teenage girl gets pregnant, both she and her child will be more vulnerable,” Nem Mony Rathana, a senior midwife at Marie Stopes’ Chbar Ampov clinic, told News Deeply. “Most of the young girls who come in here for abortions say that it’s because they are worried about food.”

A need with no solution

Cambodia is in the midst of a sexual revolution. Teenagers are rebelling against forced marriage in favour of choosing their own partners, and sex educators are struggling to catch up. According to the country’s 2014 Demographic and Health Survey, rates of adolescent pregnancy jumped to 12 percent from 8 percent in 2010.

“It stands to reason that this trend of teen pregnancy is now having a direct impact on other areas of society, such as child malnutrition,” said Amy Williamson, Marie Stopes’ country director.

At the same time, those malnutrition rates are getting worse. The United Nations Children’s Fund estimates 45 percent of children are moderately or severely stunted. Malnutrition figures rise in rural regions, where doctors say up to half of all children surveyed display symptoms of undernourishment.

Nam Savshethao, a senior nurse at Dak Dam General Hospital, told News Deeply that figure used to hover at around 30 percent, “but when we conducted our regional research last year, the numbers had gone up. There are more children showing symptoms of malnutrition than before.”

Experts say there is not enough evidence to attribute these rising rates solely to increased adolescent pregnancy, but they are certain it is at least a contributing factor, alongside longstanding problems like limited food variety and persistent gender inequality. Meanwhile, the government’s plan to reduce malnutrition 30 percent by 2020, has no specific strategy in place to address malnutrition in children of adolescent parents.

This despite the need young parents, like Rong Hasanas, have for more support. The 19-year-old lives on board a small fishing boat moored on the eastern banks of the Mekong River. She can’t read or write. “So I don’t know what the tins of formula milk say,” she said, while rocking her 2-month-old daughter, Eyni, up and down on her knee. “I went into one pharmacy and they gave me some porridge that they said would be okay for my 4-week-old daughter. I didn’t know it said for six months and older on the front.” Eyni developed such severe diarrhoea that she was hospitalised for two weeks. Hasanas is still paying off the medical bills.

In the absence of government policy, a handful of nongovernmental organisations are trying to quickly create programs to address some of the biggest challenges.

Heifer International, a European Union-funded NGO specialising in agricultural development, is working with teenage mothers and their parents to develop self-sustaining farms and gardens in 12 provinces across Cambodia. CARE International is organising “men’s groups” across the rural mountain region of Mondulkiri – a province with one of the highest rates of teenage childbearing – in a bid to raise nutritional and reproductive awareness among young fathers.

Mith Samlanh, a Phnom Penh-based social enterprise, is starting with the basics. Their team is now hosting one-on-one training courses targeted at young, vulnerable parents, using illustrated sheets of laminated cardboard to portray “good food,” like potatoes and fish, and “bad food” – a fizzy drink, for instance, paired with a cartoon of a heart giving the thumbs down.

The NGO has also developed educational board games that can be rolled out on sheets of green tarpaulin and played in the middle of the road. Photographs of broccoli, lettuce and potatoes are combined with pictures of fish, beef or meat and then topped off with cards depicting white rice, which creates a “balanced meal” and earns you a victory in the game.

“As NGOs, it’s up to us to respond to this in ways that are sustainable, and enables these adolescent parents to break the cycle for good,” said Sokleng Kheang, a senior program manager for Heifer International.

But they’re not able to reach everyone.

Tey says she has yet to receive any outside support. “Growing up, sometimes I was so weak I couldn’t stand up without falling over and I would feel faint if I had to walk for a long time,” she said. “I thought being married would mean my life would be easy and my stomach would always be full. But my life is so much harder now than it was before. Nobody ever told me things could get worse if I got pregnant.”

This article is part of the Crying Hunger Project, an independent journalism project funded by the European Journalism Centre.