Intestinal worms continue to be bad news in most parts of the world, but they’ve cohabited with humans for so long that they have evolved to interact with us in complex, even beneficial ways. 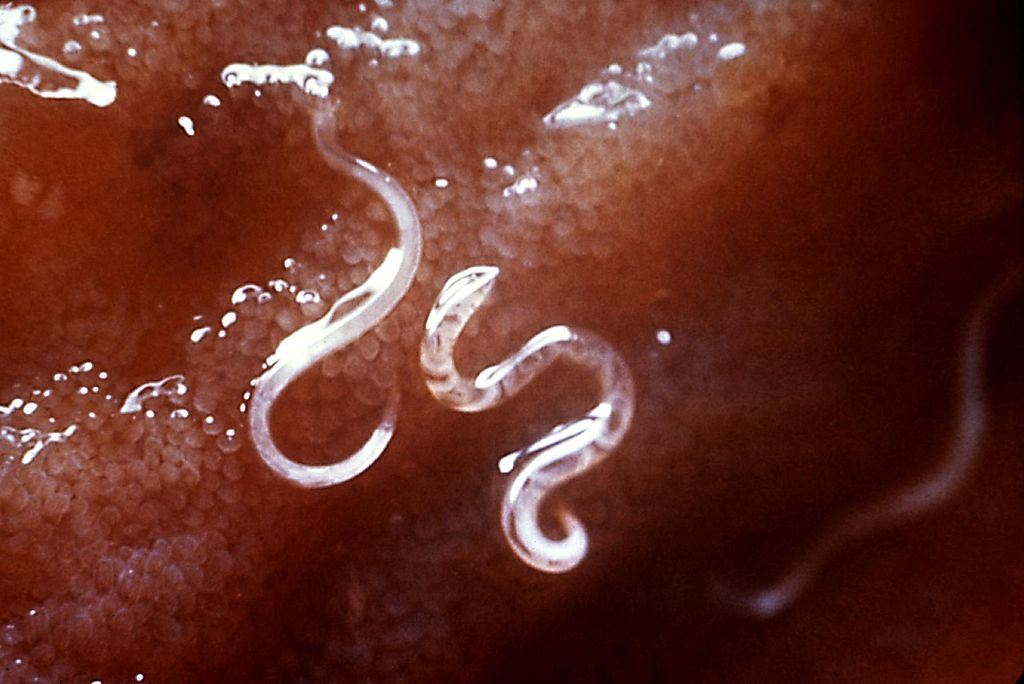 In India, parasitic worms make thousands of children anaemic by causing blood loss and using up all the nutrition. Intestinal worms continue to be bad news in most parts of the world, but they’ve cohabited with humans for so long that they have evolved to interact with us in complex, even beneficial ways, as a new study published in Science on April 14 reminds us. Led by Deepshika Ramanan from New York University, a team of scientists from the US, Malaysia and Japan worked with mice which had a gene called Nod2 knocked out. Nod2-deficient mice are used as models of inflammatory bowel disease (IBD), a condition that is notably uncommon in developing nations but increasingly prevalent in developed nations.

The scientists found that a type of intestinal cell in the sick mice was defective and resulting in compromised mucus layers lining their guts. These changes in the gut’s environment caused normal bacterial populations in the gut to fluctuate. One species, Bacteroides vulgatus, was observed to thrive in these IBD mice. Interestingly, B. vulgatus has previously been found in humans with IBD. “However, it is not the only bacterium associated with IBD, and it likely works together with other bacteria to contribute to the disease,” explained Kenneth Cadwell, co-author of the paper.

The team then infected the sick mice with a parasitic worm called Trichuris muris, and found that the cells and the mucus layer resumed normal function and the B. vulgatus levels reduced again. It appeared that helminths were causing the mice to produce more mucus, which acts as nutrition for another group of bacteria called Clostridiales. Expanding clostridia strains were inhibiting B.vulgatus, suggesting that this competition played a role in protecting mice from IBD.

The ability of helminths to rearrange gut microflora has been studied before. Erin McKenney and team published a study published in May 2015 where they observed that infection of rats with a species of helminth caused “a shift from Bacilli to Clostridia species”.

Developed nations and urban areas, where helminths are no longer endemic, have been observed to have more cases of IBD. To find out whether their findings in mice could be playing a role in this, the scientists compared the microbial composition in stool samples of indigenous Malaysian populations (among whom worms were common) with that of urban Kuala Lumpur residents (who were unlikely to carry worms).

They saw, as predicted, that the urban stool samples were more predominant in IBD-associated Bacteroides species. To reinforce their inferences, the team also compared stool samples of the tribal population before and after deworming treatment. After deworming, the overall microbial diversity expectedly decreased. Clostridiales populations suffered the most marked reduction while Bacteroidales populations made the biggest expansion after treatment.

The idea of helminth therapy, treating patients with worms, to combat digestive tract issues has been toyed with for many years now. However, the concept is still seen as alternative and the scientific basis is far too inadequate so far. “There are two implications of our study when it comes to therapy,” said Cadwell. “First, helminth-based therapies may not be effective for every IBD patient, because not every patient will have Nod2 gene variants or be colonised by Bacteroides vulgatus.  Second, instead of administering live parasites, we can potentially mimic the effect of helminth infection by stimulating the same host response or targeting the microbiota directly.”

Moreover, the authors also clarified that their findings do not discount the value of deworming. “The benefits of deworming therapy far outweigh any potential adverse effects, so we should continue deworming campaigns,” said Cadwell. “However, it is necessary to understand the effect of removing these parasites because it may give us ways to prevent or treat inflammatory diseases.”

In India, parasitic worms make thousands of children anaemic by causing blood loss and using up all the nutrition. “That’s why WHO recommends that we routinely deworm here,” said Kalyani Pillai, Professor of Paediatrics at Amala Institute of Medical Sciences, Thrissur. IBD, an autoimmune disorder, is linked to lifestyle changes like stress and anxiety, and this could be why it is yet to make a mark in the country, she explained, suggesting that it could yet be a while before helminth-based therapies need to be taken seriously by the medical community in the country.