Six Patients Die At Amritsar Hospital Due To Oxygen Shortage

The hospital chairman claimed that three main oxygen suppliers have said that government hospitals are being prioritised in terms of oxygen supply. 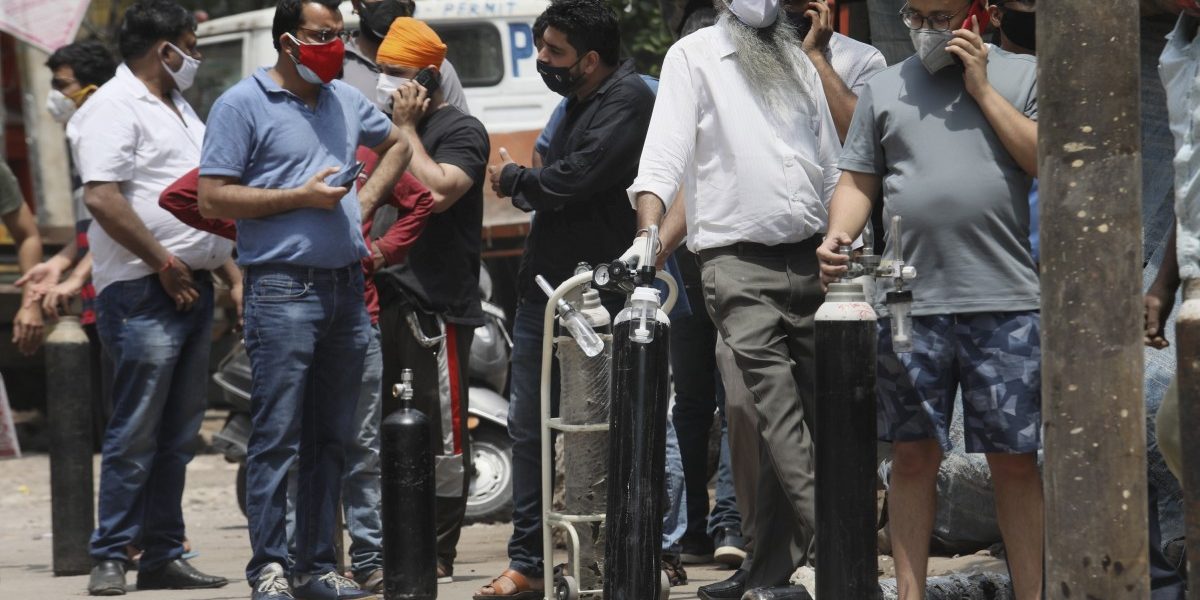 Family members of COVID-19 patients outside an oxygen-filling center to refill their empty cylinders, as demand for the gas rises due to spike in coronovirus cases, in New Delhi, Friday, April 23, 2021. Photo: PTI

Amritsar: Six patients died at a private hospital here on Saturday due to the shortage of oxygen, hospital authorities said.

Five of the six patients were infected with COVID-19, they said.

“Despite the district administration being repeatedly asked to extend help, no one turned up to do the needful,” Sunil Devgan, the chairman and managing director of Neelkant hospital, alleged.

“Six patients, including two women, died due to the shortage of oxygen,” he said.

After the death of patients, merely five oxygen cylinders were supplied to the hospital, Devgan said.

Despite repeated attempts, no district official could be reached for comment.

The hospital chairman claimed that three main oxygen suppliers have said that government hospitals are being prioritised in terms of oxygen supply.

Heavy police force has been deployed outside the oxygen units to prevent oxygen supply to private hospitals, Devgan alleged.

Of the six patients who died at the hospital on Saturday, two were from Gurdaspur, one from Tarn Taran district and the remaining three were from Amritsar.