The scientific genius of Sambhu Nath De was the source of discoveries in bacteriology that saved millions of lives around the world. A tribute on his centenary. 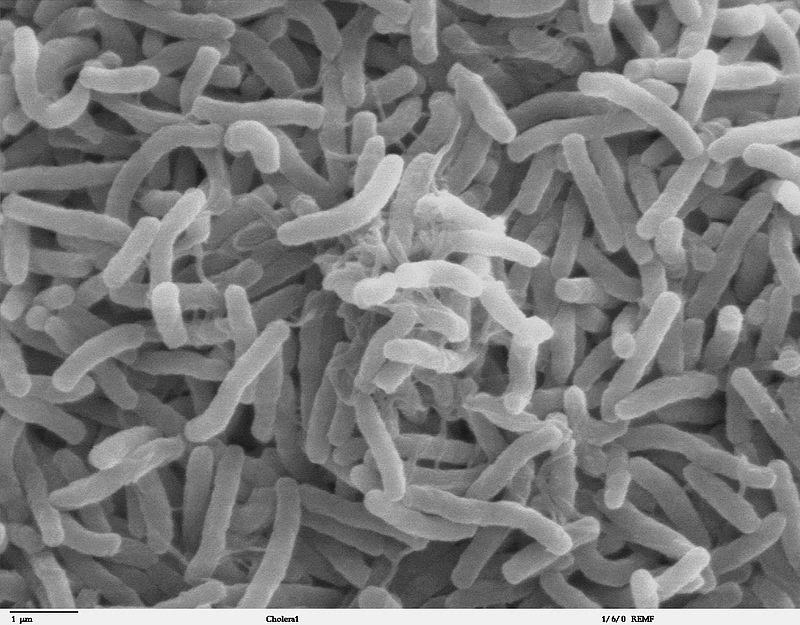 Ask someone what Black Death is and the prompt answer will be “the plague”. But, ask what Blue Death is and even some biologists might falter. The answer is cholera, historically known as Asiatic cholera. A highly infectious disease, cholera likely originated in India and caused at least three major epidemics in Bengal during the 19th century, before spreading across the world and killing millions. The terror of the scourge ensured that Oladevi (or Olabibi), the ‘anti-cholera goddess’, was devoutly worshiped by all Bengalis. John Snow’s 1855 discovery that the causative agent got transmitted via contaminated water revolutionised the field of epidemiology and public healthcare. A few decades later, Robert Koch, the iconic bacteriologist, conclusively identified the pathogenic bacteria: Vibrio cholerae.

Today, there has been a sea-change in our understanding of how the pathogen causes the disease. It is common knowledge that the actual mischief-maker is the cholera toxin (CTX), a complex of six proteins released by V. cholerae into the small intestine. When CTX enters the intestinal cells, it triggers a cascade of intracellular reactions. The final result is the opening of floodgates such that sodium, potassium, bicarbonate ions and water pour from these host cells into the intestinal lumen, causing intense diarrhoea (the faeces is typically rice-water-like in appearance) and a rapid loss of water and electrolytes from the body. Yet, Sambhu Nath De, the Indian scientist whose discoveries radically altered our understanding of the pathogenesis of cholera and also played a pivotal role in discovering CTX, is all but forgotten, even in his own country. On his birth centenary, it is worth honouring him by recalling his scientific genius. The rice-water like appearance of the faeces of a cholera victim. Credit: Wikimedia Commons

De’s life exemplifies the ability of champions to overcome all obstacles. He was born in an impoverished family in a village close to the French colony of Chandannagar in Bengal in February 1915. A considerate uncle and a benevolent neighbour paid for his education till De won a scholarship to the Calcutta Medical College. He started a medical practice in 1939 but his heart was in the research laboratory. De’s mentor and father-in-law M.N. De was a renowned bacteriologist. Convinced that his jamai was destined to be a top-notch scientist, M.N. De recommended him to Sir Roy Cameron, a famous pathologist, and De joined the Cameron lab at the University College London as a PhD student in 1947. After an initial bout of struggle and depression, De’s research found its tracks and Cameron noted, “… he has regained confidence. He is doing excellent work.”

However, apart from his own thesis, De developed an intense interest in understanding the pathogenesis of cholera. By the time he returned to Calcutta in 1949 and was appointed the Chair of Pathology at the N.R.S Medical College, it was evident that research on V. cholerae would be his life’s mission. It was also a time when post-Partition Calcutta was overflowing with refugees and hundreds were being struck down by the Blue Plague. The N.R.S Hospital catered to most of the city’s cholera patients and provided De with the impetus to understand the pathogen, in a bid to ameliorate the suffering of his fellow-citizens.

But unknown to all scientists in the 1950s, the major hurdle was a wrong scientific assumption. Several decades prior, Robert Koch – credited with discovering several pathogens – had concluded that V. cholerae primarily attacked the circulatory system of the patient, a rare case where Koch was off the mark. Yet, just as Ptolemy’s geocentric model had prevented most astronomers from thinking radically for more than a millennium, so influential had Koch’s ideas been on bacteriology that scientists had continued to study cholera by injecting the bacteria into the blood but never into the intestine.

The result was that, even after various bacterial preparations had been tested on different animals, the symptoms of cholera had never been replicated in the laboratory. And in absence of an animal model that could be studied in the lab, scientists were effectively groping in the dark.

De’s brilliance lay in breaking free of Koch’s idea. He hypothesised that the cholera bacillus’s main target was the cells lining the small intestine. To demonstrate this, he anaesthetised rabbits and introduced V. cholerae into the intestinal lumen. The rabbits did not suffer from diarrhoea but died a few days later. The autopsy, however, showed something remarkable. Usually, herbivorous rodents like rabbits have a large caecum – the pouch-like beginning of the large intestine that is directly connected to the small intestine and helps in digesting plant matter. In De’s own words, “… we found that the huge caecum of these rodents, which normally contain pasty semisolid material, was full of semiliquid faecal matter from which V. cholerae could be recovered…” De correctly concluded that the infection had initially caused fluid to flood the small intestine, but subsequently it had accumulated “in the caecal backwater’’.

In the following experiment, De tied two silk ligatures on either side of a four-inch segment of the small intestine, isolating this part from the rest of the gut. Then, he introduced the bacteria only into this segment. The next day’s autopsy heralded a scientific breakthrough: the isolated segment was swollen and distended with rice-water fluid, reminiscent of the faeces of cholera victims. The rest of the intestine – where no bacteria had reached – was in a collapsed state. To quote De himself, “This represents cholera localised to a small segment of the intestine” and proved that the bacteria changes the permeability of the intestinal cells, resulting in an explosive secretion of fluids. The discovery, published in 1953 in an article titled ‘An experimental study of the mechanism of action of V. cholerae on the intestinal mucous membrane’, is considered a landmark publication. More importantly, it would pave the way for introduction of the oral rehydration solution (ORS), a simple, home-made therapy that has saved millions in India, Bangladesh and Africa.

Within the next few years, using the same ileal-loop technique, De demonstrated that several patients had been infected by strains of Escherichia coli, which induced similar intestinal secretions, another milestone. He received accolades for his work in the UK, much to the delight of his mentors.

Another seminal discovery was in the offing: the discovery of CTX. Today, it is recognised that a bacterial toxin can be either secreted by the pathogen (an exotoxin) or be an integral part of the bacterial cell itself (an endotoxin). The question was if the elusive CTX was an exotoxin or an endotoxin. No one knew but most believed it was the latter. Again, De’s experiments would cause a paradigm shift in scientific understanding. By 1957, De was labouring to identify the CTX so that it could be converted into a toxoid for use in vaccines. Since the medical college had no infrastructure for such a venture, he worked at the Bose Institute, Calcutta.

Supremely passionate about science, he used to start experiments in the evenings after hospital duty and refused rest even on Sundays. The efforts bore fruit. De noticed that if V. cholerae was grown in a liquid medium and then the cells were removed, the cell-free filtrate could still induce cholera in the intestine. After having painstakingly repeated the experiments, De was convinced that CTX was not an endotoxin but an exotoxin that the bacteria released into the medium. When the CTX exotoxin reached the intestinal cells, it induced diarrhoea, the classic symptom of cholera. The findings were published in the journal Nature in 1959.

Unfortunately, although De was eager to identify the CTX molecule, the lack of modern equipment in India meant his work came to a screeching halt. As research surged ahead in the rest of the world, he felt disheartened at the lack of progress and recognition. He retired from the hospital, in 1973, and also from the laboratory. In 1978, however, he was invited by the Nobel Foundation to be a guest-speaker at a special symposium and received rich praise.

Science had been De’s only passion. He had never cultivated close relations with the establishment as such. Hence, as P. Balaram, one of India’s leading scientists and editor of the journal Current Science, noted in a special issue dedicated to ‘S.N. De and the cholera enterotoxin’ (1990), “… De died in 1985 unhonoured and unsung in India’s scientific circles. That De received no major award in India during his lifetime and that our academies did not see it fit to elect him to their Fellowship, must rank as one of the most glaring omissions of our time.” Indians lament that scientists such as J.C. Bose, Meghnad Saha and S.N. Bose never received a Nobel Prize. But they have at least won the adulation of the common Indian. In contrast – and what is perhaps more tragic – is that De’s heroic tale of intellectual brilliance and perseverance has remained unknown to the layperson. Yet it is certainly one of the most inspirational in the annals of modern science and Indian researchers would do well to emulate him.