In November 2016, the Delhi high court had ordered the government to finalise a policy on rare disease as patients repeatedly petitioned the court asking that the expensive drugs required for treatment be provided for free. 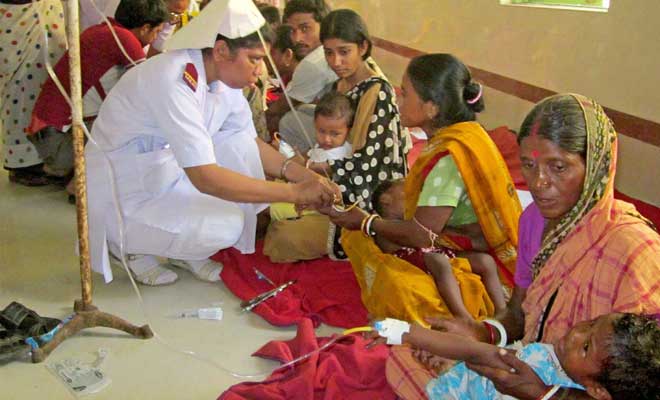 New Delhi: The government of India has finalised and approved the National Policy for Treatment of Rare Diseases. With an affidavit filed in the Delhi high court on Thursday (May 25), the Union health ministry also submitted a copy of this national policy. This development comes following an order from the Delhi high court on November 3, 2016, where the court gave six months to the government to finalise a policy for the treatment of rare diseases.

A rare disease is a health condition which has a low prevalence and affects a small number of people. Rare diseases include genetic diseases, rare cancers, infectious tropical diseases and degenerative diseases. They are chronic, debilitating, life threatening and often result in some form of handicap. Patients have often taken the government to court on this, because treatment of rare diseases is long, specialised and expensive.

“That in compliance of the order dated 3 November 2016, The National Policy on Treatment of Rare Diseases has been formulated and the Draft Policy has been approved by the Ministry of Health and Family Welfare,” says the government’s affidavit. “The policy will be published shortly but what is submitted to the court is the final version of it,” clarified Shiva Lakshmi, standing counsel for the government.

The skewed economics of rare diseases

Orders in three writ petitions – one in 2013 and two in 2016 – had directed the health ministry to frame a national policy for rare diseases. The policy says that “hapless parents” had to approach courts seeking directions to the government to provide drugs for free. This is after their costs were being denied by insurance. “The policy formulated by the government is very comprehensive and addresses all major issues. However, the government should implement it in a patient-friendly manner,” said Ashok Agarwal, the advocate for the petitioners. The Delhi HC is hearing a batch of 13 patients in this case. ​

The final policy recommends an initial fund of Rs 100 crore for the setting up of a national and state-level corpora. The Centre-state ratio in the state’s corpus will be 60:40. The fund is to be used for rare genetic disorders only and not for rare blood disorders (like hemophilia, thalassemia and sickle-cell anemia) or for rare cancers, as there are separate government programmes for this already. The policy also reminds and encourages public sector undertakings and corporate houses to contribute under provisions available to them in the Companies Act and the CSR Rules, 2014. It recommends that families below the poverty line are given free and supportive services in private or government hospitals.

According to the D.K. Tempe Committee report, the annual recurring cost of one patient with enzyme replacement therapy (ERT) could range from Rs 1.8 to Rs 17 lakh per kg of body weight. So for a child weighing ten kg, the cost would be between Rs 18 lakh and Rs 1.7 crore annually. The committee calculated that the same amount could treat at least 400 HIV patients or prevent 10,000 malaria cases.

The policy notes that there is a tension between rare and common diseases with regard to budget allocations: “as resources are limited, there is a macroeconomic allocation dilemma. On one hand, health problems of a much larger number of persons can be addressed by allocating a relatively smaller amount, on the other, for funding treatment of rare diseases, much greater resources will be required for addressing health problems of a relatively smaller number of persons.” It says that this issue raises questions on fairness, reasonability, ethics and equity.

Given that the market is small, the field of rare diseases has not been considered profitable for drug developers and manufacturers globally. This makes the available treatments prohibitively expensive. There are no Indian manufacturers of drugs for rare diseases. The policy admits, “Due to its high cost, government hospitals have not been able to provide drugs for free.” It also notes, “It is impossible for most families to fund treatment of rare diseases, without any government support.”

Policy is silent on a definition of rare diseases

India does not have a definition for rare diseases. The new policy does not define this either, leaving it unresolved and saying, “India will have to arrive at its own definition suited to its need, based on a careful consideration of prevalence, disease qualifier and study ability.” The WHO says that rare diseases are debilitating and lifelong diseases or disorder conditions, with a prevalence of one or less per 1,000 population. The bar is higher in some countries: the US defines a rare disease as one which is prevalent in 6.4 people per 1,000 population whereas for Japan it is four per 1,000.

The task of defining rare diseases is listed as the policy’s long-term plan. There are 6,000-8,000 rare diseases identified globally, out of which 450 have been identified in India. Some rare diseases in India are: haemophilia, thalassemia, sickle-cell anaemia and primary immuno deficiency in children, lysosomal storage disorders such as Pompe disease, Hirschsprung disease, Gaucher’s disease, cystic fibrosis, hemangiomas and certain forms of muscular dystrophies.

On this issue, the policy recommends increased provision of pre-conception and ante-natal screening along with genetic counselling, so that parents have a choice about giving birth to children with genetic disorders.

The policy says that the field in India has a deficit of medical and scientific knowledge. It is difficult to collect epidemiological data. Thus there is no data on burden, morbidity and mortality of rare diseases in India. This prevents the government from making a correct and timely diagnosis and estimating costs. It is also a challenge for research and development.