Punjab state leaders had been pushing for an ‘oxygen corridor’ from Pakistan as the graph of new COVID-19 rose inexorable from early April. 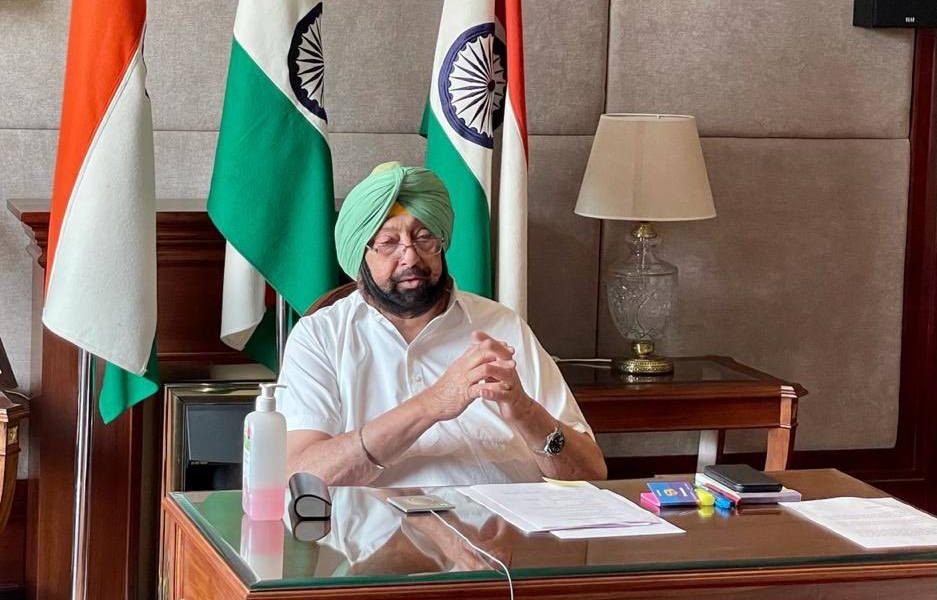 New Delhi: The Indian government has refused the request for private firms in Punjab to commercially import liquid medical oxygen from Pakistan to bridge the gap in supply and enable the creation of more health infrastructure to treat the rising number of COVID-19 patients, Punjab chief minister Amarinder Singh said on Tuesday.

This disclosure was made by the Punjab government in a press release about Singh’s letters to Prime Minister Narendra Modi and home minister Amit Shah seeking immediate allocation of 50 metric tonnes of oxygen and 20 additional tankers.

The daily new COVID-19 cases in Punjab have crossed over 7,500, with 173 deaths. The border state had been the first place in India where the variant of the virus first seen in the UK had dominated the new cases in the second wave of the COVID-19 pandemic.

In his letter, the chief minister stated that his missive had an urgency as the state currently had over 10,000 patients on oxygen support.

He noted that the state could not increase the number of level 2 and level 3 beds as Punjab was not receiving its total allocation of the life-saving gas.

“The state was facing the prospect of shortage of oxygen beds, he said, pointing out that the Government of India had expressed its inability to even allow Punjab’s local industry to undertake commercial import of LMO from Pakistan through the Wagah-Attari border, which is geographically proximate,” said the Punjab government’s press note.

He also noted that while assurances had been given that “adequate supply would be ensured to us from alternate sources, I regret to point out that this has not happened”.

So far, there has been no response from the Ministry of External Affairs on whether Punjab’s request for sourcing oxygen from Pakistan had been denied.

Punjab state leaders had been pushing for an ‘oxygen corridor’ from Pakistan as the graph of new COVID-19 rose inexorable from early April.

Last week, Punjab Congress chief Sunil Jakhar had stated that the Centre was the main roadblock in the chief minister’s proposal to import oxygen from Pakistan. He said that if a single life was lost in the state due to the oxygen shortage, then the Centre would be responsible

“The CM told us that he has been taking up the matter with Union Home Ministry and Union Minister of External Affairs. But he has not got a positive response yet. If we get this oxygen, we will bear the financial burden on our own. This is an emergent need to save the people of the state,” Jakhar said, according to the Indian Express.

Amritsar member of parliament Gurjeet Singh Aujla had also written to Modi calling for an oxygen corridor. He pointed out that oxygen was being supplied in tankers from Panipat, around 350 km from Amritsar, while the Pakistani city of Lahore was just 50 km away.

The Congress lawmaker had told The Wire that six patients had died of lack of oxygen in an Amritsar hospital last month. “Had we got enough oxygen supply, those precious lives could have been saved. Given the present state and forthcoming spike in this wave, I have written to PM Modi to accept all the help needed from our neighbours, especially Pakistan, which is around 50 km away and just a one-hour journey from Lahore to Amritsar via the Indo-Pak border. A special ‘oxygen corridor’ should be set up to ensure regular and timely oxygen supply for patients.”

The Indian government’s rejection of an oxygen corridor from Pakistan seems similar to its refusal of Islamabad’s offer of aid.

Pakistan had offered “ventilators, Bi-PAP, digital X-ray machines, PPEs and related items” as aid relief to help with India’s fight against COVID-19. India has not responded to the offer.

India has identified the oxygen storage and manufacturing equipment as the top priority for immediate procurement to meet the devastating shortage of critical oxygen to hospitals.

According to the Punjab chief minister, the state’s allocation on paper for oxygen is 195 metric tonnes. Out of this, 105 MT comes from oxygen generating plants in Haryana, Himachal Pradesh and Uttarakhand. However, the actual supply is far below the confirmed allocation.

The rest of the daily allocation – 90 MT – is supposed to be brought from Bokaro in Jharkhand. Punjab has requested 20 additional tankers to allow for the daily quota to be fulfilled, but the Centre has only agreed to provide two more tankers. “…even those were yet to come,” wrote Singh.