Sixty-three people have died in Tarn Taran, 12 in Amritsar and 11 in Batala after drinking counterfeit liquor and more than 25 arrested from several dhabas across Punjab. 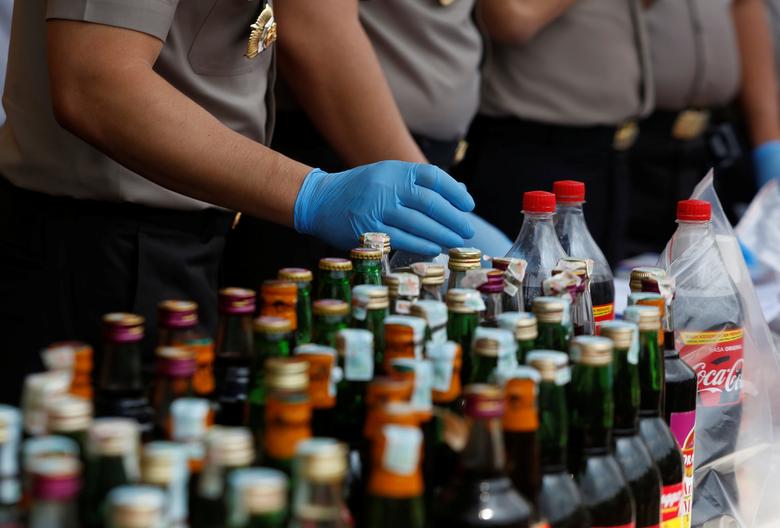 Chandigarh: On Saturday, the Punjab Police arrested 17 people in a crackdown in over 100 raids as spurious liquor caused 86 deaths in three districts of Punjab.

On Friday, police had nabbed eight people after deaths were reported due to the consumption of spurious liquor in Amritsar, Gurdaspur’s Batala and Tarn Taran.

So far, 25 arrests have been made in the case, officials added.

According to them, 63 people have died in Tarn Taran, 12 in Amritsar and 11 in Batala after drinking the counterfeit liquor.

An excise officer said that though reports of the chemical analysis of the material seized in police raids are yet to arrive, a superficial check showed that the liquor had the properties denatured spirit, generally used in the paint or hardware industry.

Director General of Police, Dinkar Gupta said that the raiding parties seized large quantities of ‘lahan’ (raw material for making liquor) from various villages and ‘dhabas’ in the region around the Shambhu border, Rajpura and Patiala.

The raids have exposed a massive liquor racket, extending across several districts and several dhabas at Shambhu, Banur and Rajpura of Patiala have been sealed.

Another accused, Beeri of Deo village, was arrested by the Tarn Taran Sadar police for supplying the alcohol, the DGP said.

Prem Singh, owner of Azad Transport, and Bhinda (wanted by the Tarn Taran police) were arrested by the Rajpura police in raids conducted on Saturday.

About 200 litres of diesel-like liquid was recovered from the Green Dhaba on the Rajpura-Chandigarh road in Zirakpur. The dhaba has now been sealed and its owner Gurjant Singh has been arrested.

One Narinder Singh, owner of Multani Dhaba, has also been arrested in the case.

Another key accused who was bringing spurious liquor from Tarn Taran to Amritsar has been identified as Govinderbir Singh, alias Gobinda, of Jandiala City. He was the main mastermind in Amritsar district, said police, and has been arrested.

The DGP said the trucks carrying the spirit would be stopped at six to seven identified dhabas and their owners collected hooch from the drivers and sold it to one Bhinda of Rajpura, who was also an accused in a Rajpura illegal liquor factory case.

Bhinda and Bittu of a village near Patiala’s Banur were supplying liquor to Amritsar and surrounding areas.

Raids are continuing with the Patiala SSP camping at Rajpura for supervision, the DGP said, adding that efforts were on to discontinue the supply chain of spurious alcohol.