The revised rules, which allow post-mortem after sunset, are expected to boost organ donations and transplants, facilitating harvest within the required time frame after the post-mortem procedure. 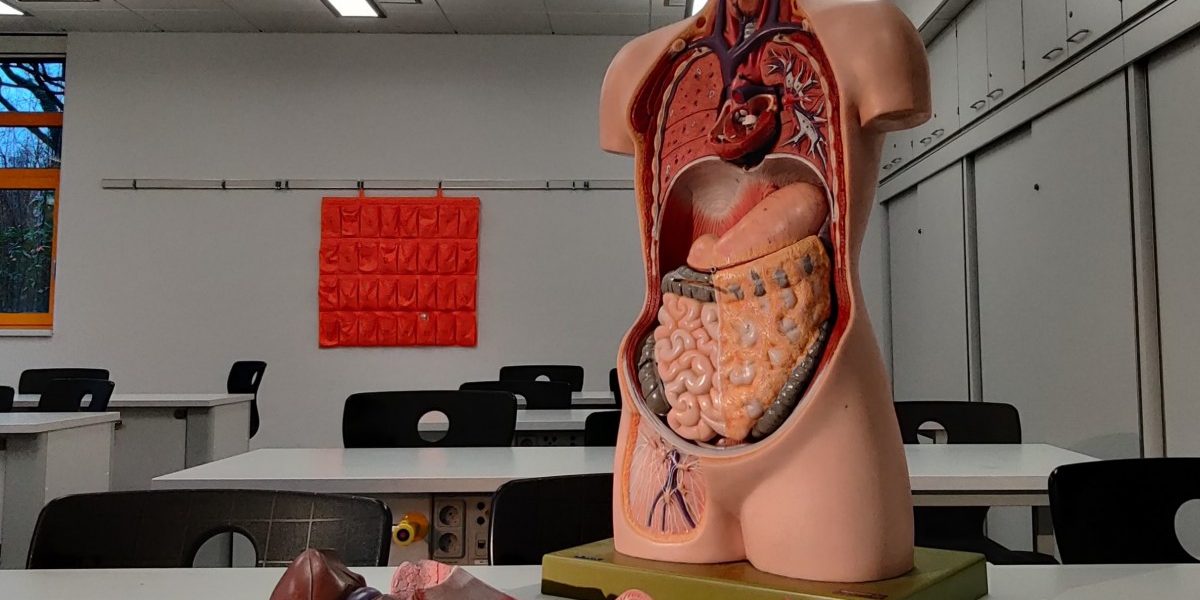 On November 15, 2021, the Government of India notified a change in the country’s post-mortem protocols. The new protocol allows for post-mortem procedures to be conducted after sunset. Before this, autopsies were conducted before sunset unless law enforcement agencies had explicitly permitted carrying them out at night.

As a result, the organs of many potential donors were not eligible for transplants, since the window for organ harvesting and preservation is short. The revised rules are expected to boost organ donations and transplants, facilitating harvest within the required time frame after the post-mortem procedure.

With new protocols and legal amendments, the government has been working to simplify and promote organ donations and transplants in the country.

However, despite these measures, India faces a large and chronic shortage of organs. This deficit in turn has led to the exploitation of poor and vulnerable sections of society, illegal organ trade and ‘transplant tourism’.

There is a big gap between the demand and supply of human organs and tissues in India. Increasing rates of diabetes and organ-specific diseases (especially of the liver and the kidneys) have contributed to higher demand for organ transplants as well.

According to the Global Observatory on Donation and Transplantation, India performed the third-highest number of transplants in the world in 2019. At the same time, India reported a dismal organ donation rate of 0.65 per million population.

A number of reasons have been identified for the shortage of donated organs in the country. There is a lack of awareness among the people about the process of organ donation, which gives rise to superstitions and misconceptions about the practice. Religious constraints and infrastructural problems also act as barriers to donating organs.

The protocols to declare a person to be ‘brain-dead’ are also unclear and vary from hospital to hospital. This results in confusion and delays.

Brain-stem death has been linked to organ donation in India and is mentioned in the Transplantation of Human Organs and Tissues Act 1994. But it doesn’t find a place in the Registration of Births and Deaths Act 1969. As a result, in a situation where the family of the person who has been declared brain-stem dead does not want to donate their organs, hospitals are unsure about continuing ventilatory support, and often leading to prolonged ventilation support.

Gender plays a role in organ transplants, as is evident when we look at organ-donation data. An analysis by Dr Vivek Kute, a professor at the Institute of Kidney Diseases and Research Center-Institute of Transplantation Sciences, Gujarat, found that 78% of living organ donors in India were women. But in contrast to their overwhelming representation among organ donors, their share among organ recipients was a dismal 19%.

The skewed representation of women in the figures for organ donors has its roots in preconceived gender roles. Care work is often considered to be a woman’s primary responsibility, and these social conditions indirectly coerce women to donate their organs when a family member is in need.

When a country fares poorly on gender equality, it is reasonable to expect greater gender gaps in organ donation. If women don’t have the same economic opportunities as men, they will be expected to be donors. This is because organ donors are required to take some time off from work for surgery and recovery. 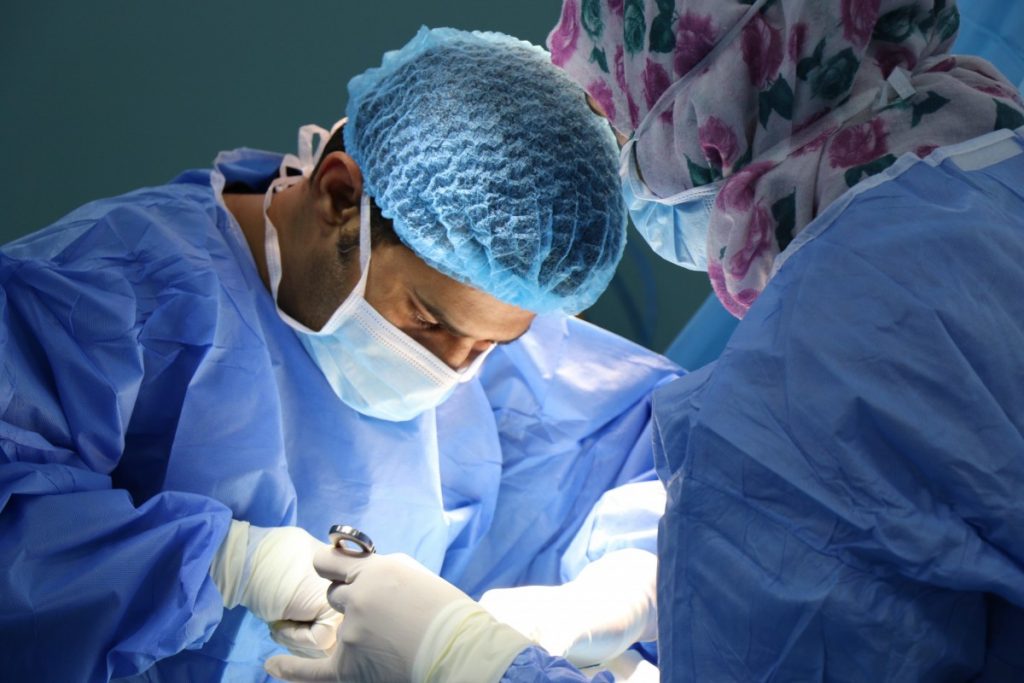 When a country fares poorly on gender equality, it is reasonable to expect greater gender gaps in organ donation. Photo: Jafar Ahmed/Unsplash

The organ shortage plus the fact that only people related to a person in need can legally donate their organs inevitably makes it difficult to find a matching donor as well, and makes way for illegal organ trade.

In 2002, researchers in Chennai interviewed 305 individuals who had sold a kidney and found that 60% of the female respondents and 95% of the male respondents worked as labourers or street vendors. Further, 96% of the respondents had sold their kidneys to settle debts. And 95% said that wanting to help a sick person had not been a significant factor in their decisions.

The COVID-19 pandemic is only expected to have made the situation worse. There has been a significant drop in the number of deceased organ donations due to the fear of infection and an overburdened healthcare system, which has made recipients more desperate. On the other hand, more informal labourers who have fallen deeper in debt thanks to lack of employment may have decided to sell their organs to make ends meet.

As such, the pandemic and our government’s response to it presented a ‘good’ opportunity for economically vulnerable citizens to sell their organs.

According to the Istanbul Declaration on Organ Trafficking and Transplant Tourism, transplant tourism is the “movement of organs, donors, recipients or transplant professionals across jurisdictional borders for the purpose of organ trafficking and transplant commercialism”.

Even though transplant tourism has raised ethical concerns, it still accounts for 10% of all organ transplants worldwide. The global shortage of organs available to transplant has prompted many people in the West to seek transplants abroad, often in developing countries.

According to the WHO, India is one of four commonly known organ-exporting countries where foreign nationals seek low-cost medical care and relatively easier access to organs.

The international movement of organs is often arranged or facilitated by intermediaries or healthcare providers who travel and recruit donors from economically developing and underdeveloped countries. Organ sellers are recruited through local newspaper advertisements, ‘scouters’ or directly through medical facilities.

Recently, there has been increasing use of the internet to attract foreign donors. Several websites offer all-inclusive ‘transplant packages’.

At the same time, medical reports have indicated that the recipients or buyers of organs don’t benefit in all cases of this illicit organ trade. Due to substandard medical practises, there is a high frequency of medical complications, including the transmission of viruses, among organ buyers.

Recently, the Indian government implemented the National Organ Transplant Programme to promote organ donation by the deceased, to reduce the existing gap between demand and supply. Even though such efforts are appreciable, they don’t suffice to address the complex issues attending to organ transplantation in India.

The result of such a large and chronic shortage of organs, as described above, in India has encouraged some actors to commercially exploit poor and vulnerable sections of society as well as impose pressures on women to donate their organs. At the same time, stringent legislative measures remain stringent only on paper, and India remains one of the world’s epicentres of organ trafficking.

A complex network of intermediaries exists that links desperate recipients with financially desperate donors, and this needs to be fixed. One way is to set up a robust regulatory mechanism to hold healthcare professionals and intermediaries accountable. The appropriate authorities should continuously verify donors and recipients and their relationship, to curb false claims.

In addition, all transplant centres and hospitals should provide preventive and post-operative care to donors, and such care should be documented and audited.

Apart from developing an equitable and transparent system, we also need a uniform definition of ‘death’ to ensure that medical care is consistent, regardless of whether organ donation takes place. This will involve delinking ‘brain deaths’ from organ donation and including them as a form of ‘death’ in the Registration of Births and Deaths Act.