UN health teams are struggling to control an outbreak of HIV in southern Pakistan's Sindh province; most of those infected are children. 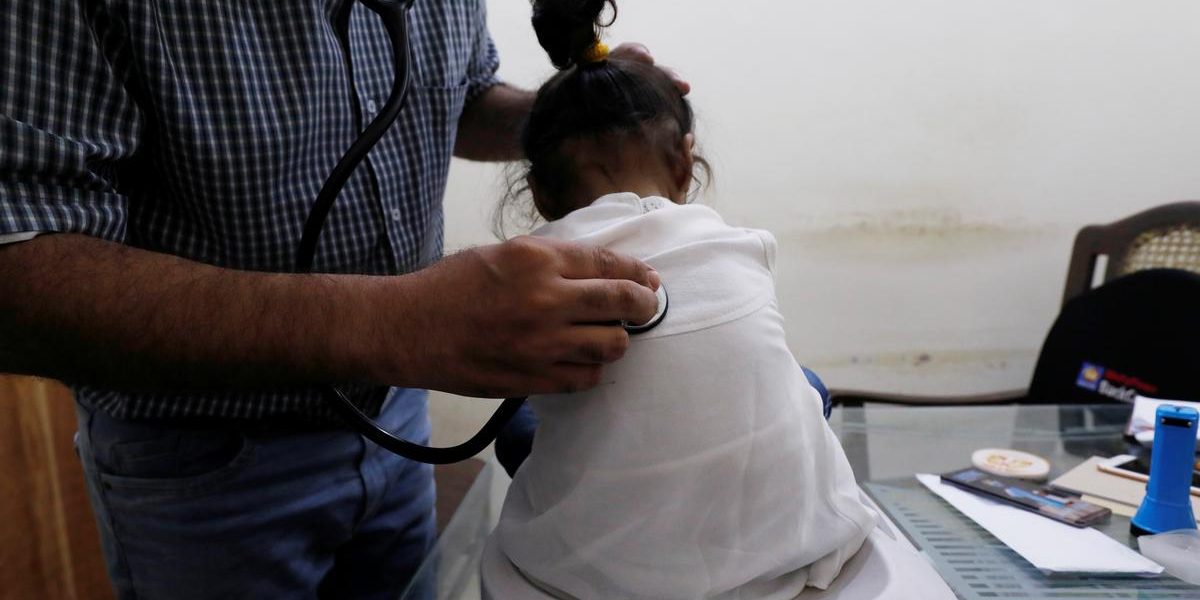 A two-year-old HIV-positive girl, who is under treatment, goes through a routine medical check-up at a clinic in Ratodero, on May 24, 2019. Photo: Reuters/Akhtar Soomro

United Nations: Over 785 people have been diagnosed with HIV in Larkana, Pakistan. 82% of those individuals are children, and only half are receiving the treatment they need.

A World Health Organisation (WHO) report titled ‘HIV Outbreak Investigation in Larkana’ rated the situation a Grade-II emergency requiring $1.5 million to contain. WHO is able to provide only $200,000 of those funds.

This report comes as it is announced South Africa has attained the UN goal of 90-90-90 diagnosis-treatment-suppression of HIV ahead of the 2020 objective. Pakistan’s recent leap away from that target illustrates the profound disparity in treatment and prevention of HIV across the globe.

On April 25, a number of children from Larkana, a city in the north-west of the Sindh province of Pakistan, were referred for HIV testing after they exhibited a persistent fever. An initial HIV-positive diagnosis of 15 children aged between the ages of two and eight prompted a large-scale screening programme beginning on April 28.

Larkana Deputy Commissioner Muhammad Nauman Siddique wrote in an op-ed, “The results of the screening within the first few days were shocking. The tests revealed that the parents of the HIV-positive children were HIV negative.”

The disease was not spread through those means commonly associated with the disease: sexual intercourse, births and drug use. Perhaps more disturbingly, the outbreak seemed to be due to systemic poor medical practice in the region.

Interviews with parents regarding their childrens’ medical history revealed a local doctor, Muzaffar Ghangro, as a possible source for the outbreak – 123 of the diagnosed patients had been treated at his practice.

Authorities arrested the doctor on charges of unintentional murder. He was later found to be HIV-positive, however there is no evidence that he injected the patients deliberately.

WHO noted, “Iatrogenic transmission via unsafe injection practices and poor infection control is likely to be the most important driver of the outbreak.” This includes re-use of syringes, poor disposal of used equipment and little protection between doctor and patient. 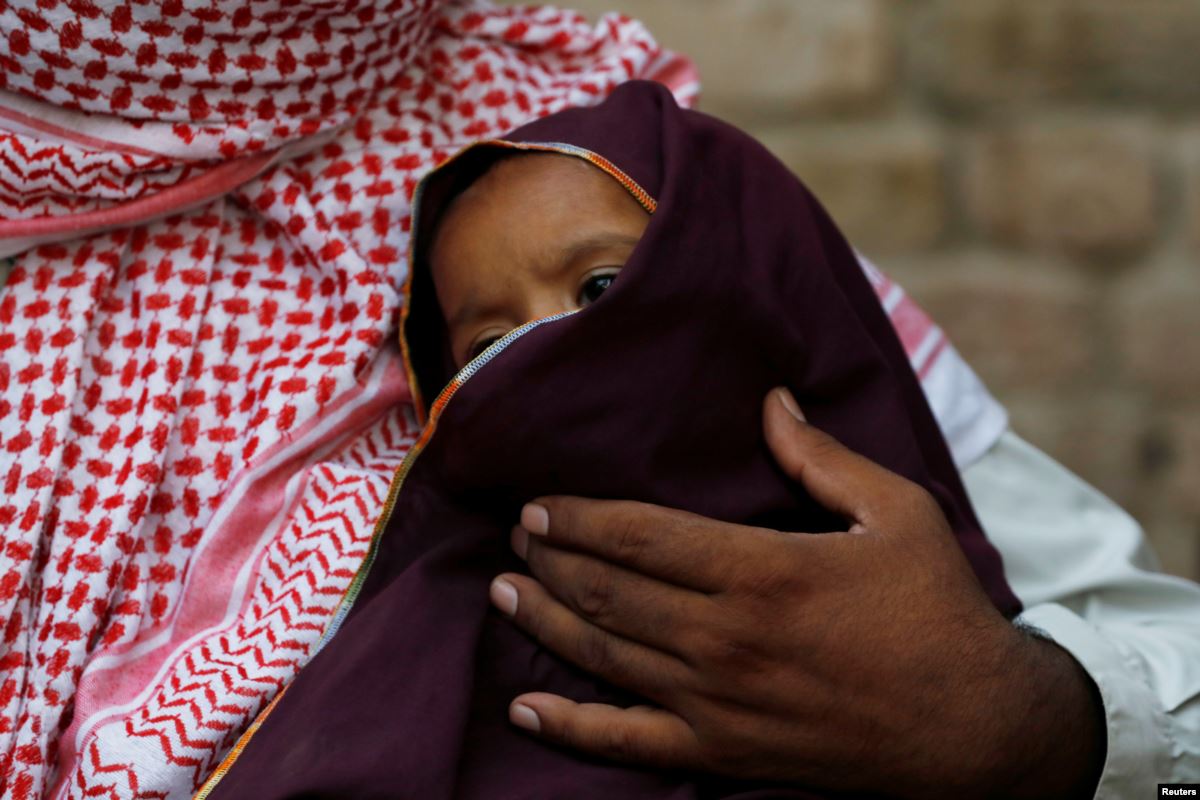 A two-year-old HIV positive boy sits on the lap of his father, in Ratodero, Pakistan May 24, 2019. Photo: Reuters/Akhtar Soomro

UNAIDS Country Director for Pakistan and Afghanistan Maria Elena Filio Borromeo told IPS, “as this practice is widespread in Pakistan, it is likely that the same will happen again if no corrective measures are implemented now.”

Organisations working in the area have also pointed to unsafe cheap circumcisions, sometimes in barber shops, as accountable for some of the cases.

“Around 82% of those infected were children less than 15 years old, and most of these children are also malnourished, have concomitant infections and come from very poor, illiterate families in Ratodero, Larkana,” Borromeo said.

With 20,000 new HIV infections in 2017, Pakistan already has the second largest growing AIDS epidemic in the Asia-Pacfic region. Low literacy rates, poverty, gender inequality and little understanding of the disease increase the risk of transmission in Pakistan.

In response to claims the outbreak was a result of systemic issues in the Pakistani health system, the province expanded testing facilities under the Sindh AIDS Control Program. More than 26,000 people have now been tested.

WHO, UNAIDS and the UN children’s agency UNICEF are all on the ground assisting local authorities in containing the outbreak. Despite this support, on June 17 only 396 of the nearly 800 people diagnosed had been referred to their facilities for treatment.

Further, Pakistan is almost entirely dependent on foreign aid. The country has the resources to treat only 240 of the diagnosed patients.

The burden on the healthcare system will only deepen as time progresses. These children diagnosed must now regularly take antiretroviral therapy drugs for life.

Borromeo underscored that the implications of such an outbreak extend far deeper than access to medical services. “The community in general lacks HIV education; myths and misconceptions prevail,” noting that as a result of the outbreak, “stigma, discrimination and even rejection will deepen.”

The Los Angeles Times reported that police in Ratodero, a town in the Sindh Province at the heart of the outbreak, arrested a man for killing his wife after she was diagnosed with HIV. He apparently accused her of having sex outside of the marriage. Borromeo also recalled hearing of a father of four children who hung his wife after learning she was HIV positive.

While over half may not receive treatment at all, the outlook for those children with access to life-saving antiretroviral therapy is one of social isolation. Misunderstandings surrounding how HIV is spread lead to stigmatisation and discrimination.

Systemic issues in the Pakistani healthcare system caused the outbreak in the Sindh Province, however endemic socio-cultural issues mean its effects will be felt long after the outbreak is contained.