Past and current promoters of Jyoti CNC had links with Bharatiya Janata Party leaders, I&B ministry had tried to defend the ventilators when The Wire first reported about them. 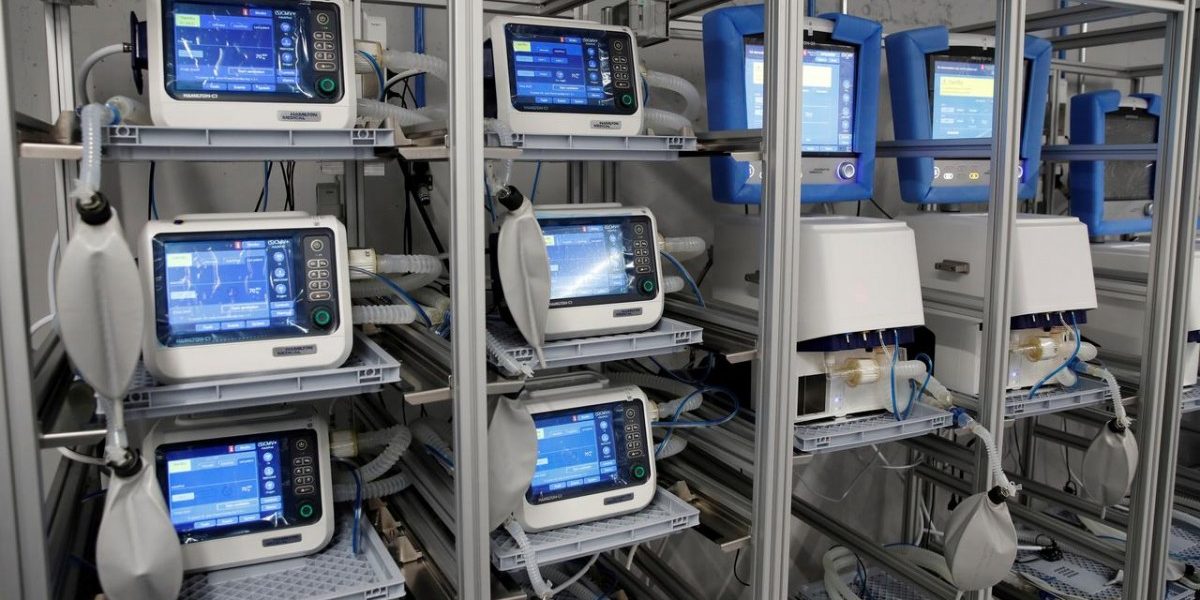 Mumbai: Ventilators for COVID-19 treatment ordered by the Indian government from a Gujarat-based firm called Jyoti CNC Automation had not received a recommendation from a technical committee set up by the health ministry’s Directorate General of Health Services (DGHS) as of July 20, according to documents obtained through the Right to Information (RTI) Act.

Accordingly, even though the firm received an advance payment from the health ministry in May, their ventilators as of last month had not been installed in hospitals across the country.

The ventilators of three other companies, including machines produced by Bharat Electronics, were approved for supply to hospitals by the committee as of last month. It is unclear whether the DGHS panel has conducted any new tests since then or provided any technical feedback.

Jyoti CNC Automation’s ‘Dhaman-1’ ventilators were at the centre of a controversy in May 2020, after Ahmedabad civil hospital superintendent J.V. Modi wrote to the state government’s medical services provider, saying that they were “not able to bring desired results” according to the head of the anaesthesia department.

As The Wire exclusively reported at the time, the current and past promoters of Jyoti CNC Automation have had connections to top Bharatiya Janata Party (BJP) leaders. Some of the company’s past promoters include one business family linked to the controversial gift of an expensive suit to Prime Minister Narendra Modi.

On May 20, 2020, the-then health secretary Preeti Sudan wrote a letter to PM adviser Bhaskar Khulbe, informing him that the ministry had placed orders for 58,850 ‘Made-in-India’ ventilators from 5 companies for a purchase order value of Rs 2,332.2 crore.

DOHFW 2- Correspondence on Ventilators by The Wire on Scribd

Sudan noted and acknowledged that the PM-CARES fund (Prime Minister’s Citizen Assistance and Relief in Emergency Situation) had allotted Rs 2,000 crore for the purchase of ‘Made in India ventilators’ and accordingly the manufacturers would be informed to give a “distinct identity to these ventilators by permanently fixing a PM-CARES logo at a prominent place”.

The health secretary also added that any shortfall in funds for the ventilators would be made up from the health ministry’s budget. “In case, the total purchase of Made in lndia Ventilators exceeds Rs 2000 crore, the balance amount would be paid from the budget of MoH&FW,” Sudan’s letter to Khulbe notes.

However, the health ministry’s response to a second RTI application filed by activist Anjali Bharadwaj, notes that a technical committee constituted under the DGHS conducted a “successful clinical evaluation” and recommended 40,350 ventilators (out of 58,850 that were initially ordered) from 3 companies (out of the initial 5) for installation in various states.

Jyoti CNC Automation and Andhra Pradesh MedTech Zone (AMTZ), which together received a total of Rs 22.5 crore in advance payment in May, were the two companies that had not gotten a recommendation from the DGHS committee as of July 20.

It is unclear whether the DGHS has conducted any new clinical evaluations over the last month that have since green-lit Jyoti CNC and AMTZ’s machines — or whether these companies perhaps received any possible technical feedback from the committee.

Ahmedabad Mirror, in its story on these RTI documents, quoted “highly placed government sources” as saying that Jyoti CNC had been asked to made modifications to its ventilators by the health ministry committee. When the publication contacted Jyoti CNC CMD Parakramsinh Jadeja though, he said he was “unaware” of the clinical evaluation and that the company was in the process of developing its machines.

Other companies like AgVa Healthcare received feedback concerns from the government committee reports over reliability and capability of their machines. After the company resolved these concerns, it was approved for supply.

In a press conference earlier this month, health secretary Rajesh Bhushan described the process of approving the ventilators.

“Orders were placed based on the recommendations of the Technical Committee of domain experts under DGHS (Directorate General of Health Services) and ventilators were physically demonstrated before the same committee,” he told reporters.

After the ventilator model qualified the demonstration, it was validated clinically on patients in a hospital as decided by the DGHS, he said, adding, after successful clinical validation and based on the specific recommendation of DGHS, the ventilator was approved for supply.

DOHFW 1- Details of Ventilators Supplied by The Wire on Scribd

As domestic demand has not been high, on August 1 the Centre had lifted its export ban on ventilators and domestic manufacturers have since been able to sell their products in the global market.

Update: This story was updated on August 23 to include Ahmedabad Mirror’s reporting that Jyoti CNC was asked to make modifications to its ventilators.