Patna: How a Wedding Led to a Funeral and 100 COVID-19 Positive Cases

Either administrative negligence or the groom’s family’s deception has created a situation that Bihar has so far not seen with the ongoing health crisis. 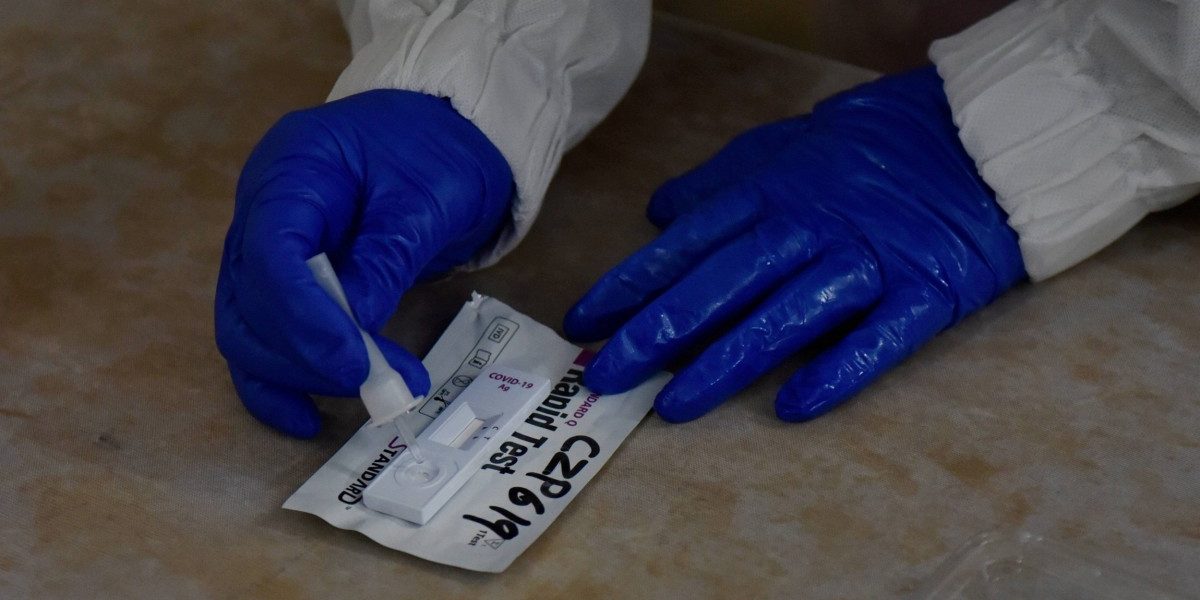 Patna: More than 100 people who attended a wedding ceremony on June 15 at a village near Patna have been infected by the COVID-19 virus. The groom died two days after the wedding. He was allegedly the carrier of the virus.

This is possibly Bihar’s first case of a coronavirus spread which began with a single person.

The groom, a 30-year-old, was a software engineer working in Gurugram. On May 21, after a thermal screening in Gurugram, he began driving to his home in Nirakhpur Pali village of Paliganj block in Patna district. The journey took two days. When he arrived at his family home on May 23, he self-quarantined on the third floor of their home, according to his father.

The Wire is withholding the names of the groom and his father.

“He never went out of the house,” the groom’s father told The Wire. “He did not complain of any kind of physical discomfort on any day after returning from Gurugram, so no one suspected an infection. His wedding was to take place on June 15, and a tilak ceremony was organised on June 8.”

On June 15, the baaraat went to the bride’s home in Naubatpur, about 28 km from Paliganj. “Even after the wedding, everything was fine,” said the father. “But at around 4:30-5 am on June 17, he suddenly complained of stomach pain.”

The groom’s father, who has lived in Nirakhpur Pali for 15 years, is a teacher in a government school and his family is financially sound. He took his son to AIIMS, Patna, in his own car. But before he could even enter the emergency ward, the groom died.

“When we took him inside, the doctors pressed his chest and also placed an oxygen mask on his face, but my son didn’t respond. After about an hour and a half, the doctors declared him dead,” the father continued. “We returned home with his dead body and performed the last rites in the usual manner.”

How the COVID-19 investigation began

The groom had not been tested for the COVID-19 virus, but soon after his funeral, rumours started spreading in the village that he had come from Gurugram and brought the virus with him.

The administrative officer and block-level health workers, who had paid no attention to the groom’s family when the groom arrived from Gurugram and got married, suddenly swung into action.

On June 19, after the groom’s funeral, the family had gone to their ancestral home in Bhagwanganj, about 20 km from Nirakhpur Pali, for further rituals, the groom’s father said.

“On June 21, the health department officials came and took samples from us. On 23 June, our results showed we were COVID-19 positive. Then we returned to Nirakhpur Pali. Not one of us has any symptoms of the infection,” the father further said.

With 26 positive results among the samples they had taken, the health department officials began a contact tracing exercise, identifying the people who had come in contact with the groom. Samples of more than 300 wedding guests were taken and 79 people were confirmed positive.

Chiranjeev Pandey, block development officer (BDO) of Paliganj, told The Wire: “The young man was cremated, so he could not be investigated, but the people who came in contact with him were infected by the COVID-19 virus, which led us to speculate that the groom must have been COVID-19 positive himself.”

On May 31, Bihar’s Disaster Management Department had written to all the district magistrates in the state, instructing them that after June 1, people who returned to their homes from elsewhere in India need not be mandatorily quarantined. The department also ordered the closure of all quarantine centres by June 15.

This means that anyone who arrived in Bihar before June 1 had been tested and quarantined. From May 1, migrant workers arriving on the Shramik Special trains were registered with the Disaster Management Department and had to spend 21 days in the quarantine centres. Later, the quarantine period was reduced to 14 days.

Aside from this, the Bihar government had also said that people returning from red zones (where COVID-19 infection rates are high) should be tested on a high-priority basis.

However, the groom drove from Gurugram to Nirakhpur Pali over two days and went through no tests except for a couple of thermal screenings on the road to Bihar, according to his father.

Even after he got home on May 23, the groom was not tested and quarantined at a time when it was mandatory to register, test and quarantine everyone coming to Bihar from elsewhere. Instead, he quarantined himself on the third floor of his family home and not even one ASHA (Accredited Social Health Activist) arrived to ask if someone from elsewhere was in the house.

“Panchayat-level committees were formed to identify and investigate people who had come from other states. The task of these committees was to identify such people and inform the health department, who then had to visit these people and take samples if necessary,” said a block-level official on the condition of anonymity. “It is not known whether there has been any administrative negligence in this particular case. It may be that the family members of the deceased had hidden the information of his arrival.”

On the other hand, the groom’s father said: “After my son came from Gurugram, not a single health official, mukhiya or ASHA came to us to enquire about him.”

According to local newspapers, the groom had displayed symptoms of infection, but his relatives had ignored them and insisted on carrying on with the wedding. The groom’s father denied this allegation. His son had displayed no symptoms except for diarrhoea on June 7, he said.

“One day before the tilak ceremony on June 8, he had diarrhoea, so we contacted the local doctor who prescribed some medicine,” the father told The Wire. “After we gave him the medicine, he was fine, but complained of weakness. When we called the doctor again to report this, he said my son might have been feeling weak because of the diarrhoea.” 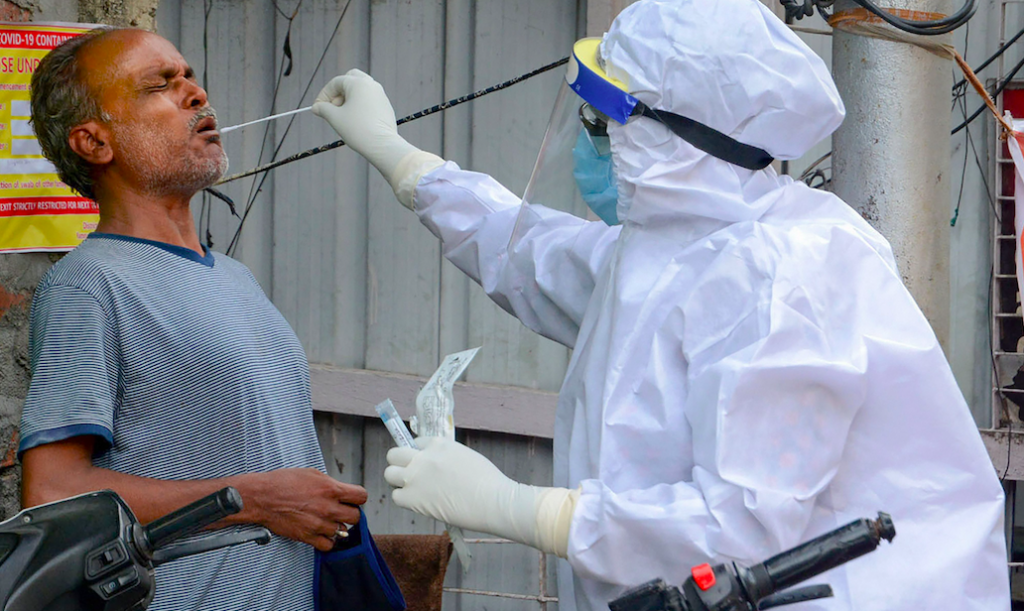 The Central government has exempted weddings from the restrictions on gatherings during the epidemic, but only for a maximum of 50 guests. In that sense, the wedding broke no rules, Naubatpur BDO Neeraj Anand told The Wire. “The wedding took place within the rules. We ensured that social distancing was maintained. Only 35-40 people came from the groom’s side,” Anand said.

However, the groom’s family held multiple events, where each time, a few people attended. “These people who attended and their neighbours, who had come in contact with them, have all had to be tested,” said the Paliganj BDO, Pandey. He, however, refused to offer the exact break down of who has been affected.

The Paliganj BDO said that the narrative that the groom had carried the virus from Gurugram is based on assumptions, as there was no evidence to prove that he was a carrier. He told The Wire, “He was cremated without testing for COVID-19. The actual source of infection has not been detected so far but since he is dead, we are assuming that maybe he had COVID-19. But again if he had the virus, then how has his wife remained unaffected by it? We are investigating from all angles. We are seeing the video footage of his marriage ceremony and trying to find who had came in contact with the family and groom.”

The bride’s family is from Naubatpur. The BDO of Naubatpur also confirmed the Paliganj BDO’s claim: “When we learned that the groom might have been infected with the coronavirus, we sent the samples of 10 people, including the bride and her family members, for testing. All these samples tested negative. This means the infection spread in the ceremonies held at the groom’s own home.”

Patna civil surgeon Dr Raj Kishore Chaudhary said, “The man was in home quarantine. I have no information about how he got married.” In conversation with The Wire, he could not even say when the groom had arrived from Gurugram.

According to a news report, the groom’s father has been fined Rs 6 lakhs for hiding his son’s symptoms and conducting a social gathering. The father himself, however, says he has not been informed about any fine so far.

AIIMS, Patna, did not test the groom

The groom’s father told The Wire that when he had taken his son to AIIMS, Patna, he had told the doctors there that his son had come from Gurugram. Yet, the doctors did not take a sample from his son for a COVID-19 test. Nor did they tell the father to follow the guidelines issued by the Union health ministry for the groom’s funeral.

“The doctors asked me if my son had come from outside. I told them, yes,” the father told The Wire. “He also asked about the symptoms of corona, but there had been no symptoms so that is what I told the doctors. Then the doctors handed over the body to me. They did not give any advice on how to perform the last rites, so we cremated him in the usual way.”

Prof. Prabhat Kumar Singh, director of AIIMS, Patna, could not be reached for comment. The Wire has sent him questions by email. The story will be updated when he responds.

This is not the first time that a person was found COVID-19 positive after death. In Darbhanga, a worker who returned from Delhi was allegedly denied screening and sent home to self-quarantine because all the quarantine centres were full. After he died, a sample was collected and he tested positive.

Similarly, in Saran district, another worker who had returned from Delhi developed a fever while he was at a quarantine centre, but was not tested. A few days after he went home, he fell ill and was rushed to hospital but died on the way. Later, a sample from his body was tested and found positive.

Spurt in COVID-19 cases in Bihar

In the 69 days between March 22, when the first COVID-19 positive patient was identified, and June 1, Bihar had 3,872 cases of infection and 23 deaths from the infection.

It is significant that this spurt in infection began from June 1, when the state stopped the registration of labourers returning to Bihar and started closing the quarantine centres.

Experts have said that since the quarantine centres are closed, the state government needs to be vigilant when people enter Bihar from elsewhere and isolate virus-positive patients to limit the COVID-19 spread.

Note: The article has been edited since publication to remove the names of the groom and his father. A quote by the Paliganj BDO contesting the claim that the groom brought the virus from Gurugram has also been added.