Patients Over Profits: Families Unite to Fight for Healthcare and Justice

Families struggle to access healthcare, and then justice, as private hospitals continue their malpractice unchecked in both health and business. 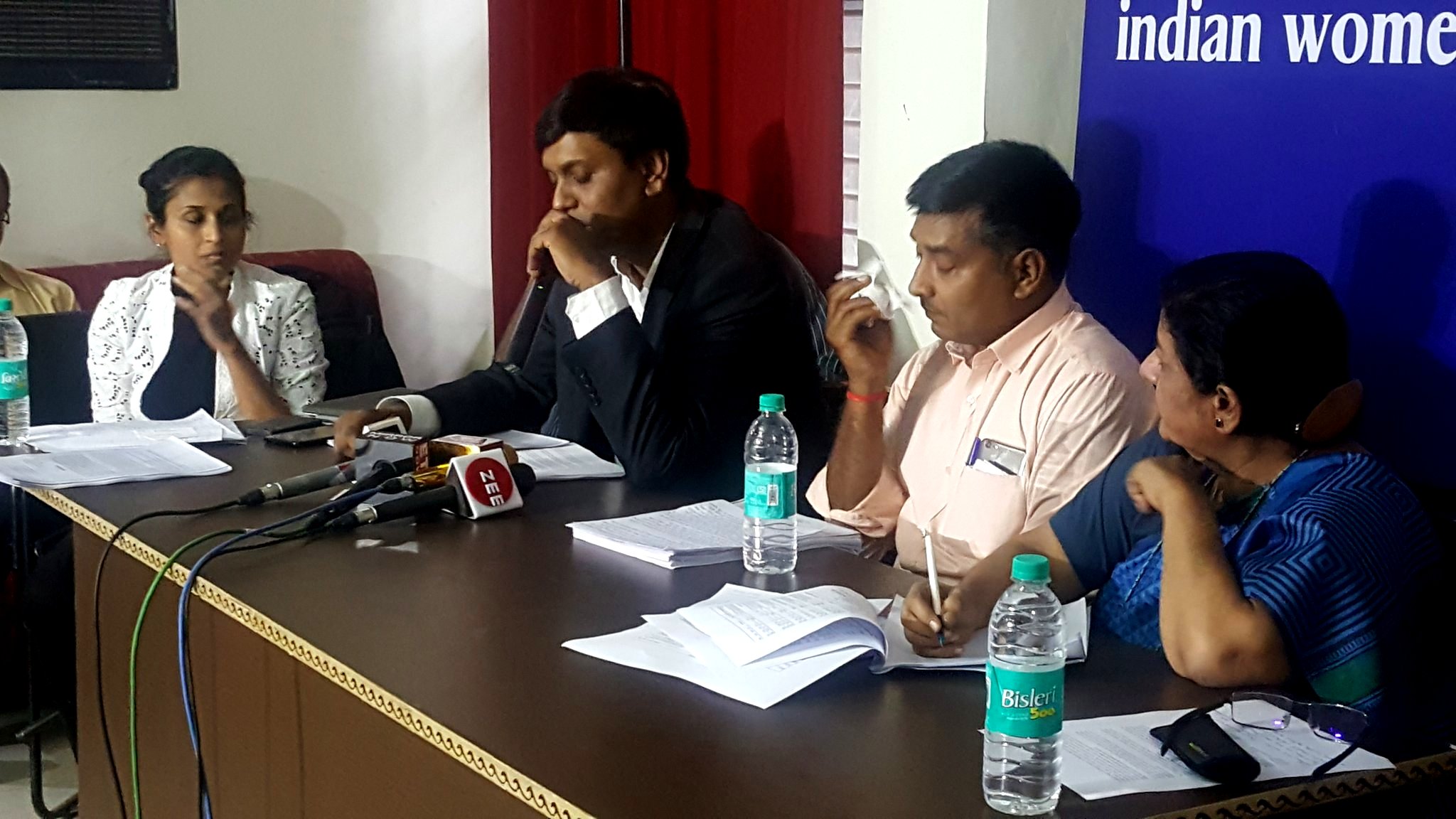 Jayant Singh (in black) and Gopendra Singh Parmar (in pink) lost their children to negligence on the part of private hospitals and have been fighting for a better Indian healthcare system. Credit: Vidya Krishnan/Twitter

New Delhi: Tragedies can be tipping points for change. And through their bereavements, four families have come together to demand accountability and change from the government as well as from private hospitals. They are focusing on issues of malpractice, in both the medical and business aspects of Indian healthcare.

These families announced their ‘Campaign for Dignified and Affordable Healthcare,’ in New Delhi on May 26.

“Patients are left with an unfair choice between endless and usually fruitless litigation or abandoning their quest for justice for their loved ones,” says a letter they have just written to union health minister J.P. Nadda as well as Anil Vij, minister of health in the government of Haryana. The letter has also been sent to union health secretary Preeti Sudan and president of the Medical Council of India Dr Jayshree Mehta.

In a nearly 2,000-word letter, the four families have detailed the ordeal to first, safe access and affordable healthcare in India, and second, to access justice when said healthcare fails.

“We are writing regarding the inadequate response and apathy of the governmental mechanisms for investigating and delivering justice to families that have suffered while accessing healthcare in private hospitals,” says their letter.

The first gateway to justice is blocked by doctors

In their letter, the four families have focused especially on the very first step at which aggrieved patients are blocked from accessing justice – in India, police will not file FIRs to investigate medical negligence cases unless a “committee of peers” first examines if a prima facie case of negligence can be made. Doctors are the only professionals who enjoy this privilege. Consequently, prosecuting doctors gets nipped in the bud, as a committee of their own peers dispenses the green light on the investigation.

The Wire has reported on three families who have experienced the harsh lottery of private hospitals: their family members have died and their personal finances have been drained.

Their attempts to initiate criminal proceedings have been thwarted by a legal system that has been designed with barriers to justice, positioned at every possible avenue. As The Wire reported, hospitals like Fortis have been sending executives to bereaved families, offering them money. Ultimately, this means there is no accountability in the system, as cases are thwarted by the tedium of the legal system or by money. In one recent case, the central health ministry has itself brokered the provision of this hush-money.

Jayant Singh and Gopendra Singh Parmar are two of the fathers here, who lost their seven-year-old children last year at Fortis and Medanta hospitals.

It was nearly impossible for these two fathers to activate this committee of peers to do their preliminary investigation. Gopendra’s investigation turned out to be a wash-out. Jayant’s finally took off, but only after intense media pressure and public outcry.

In this new campaign, Jayant and Gopendra are joined by Pankaj Arora (father of deceased ten-year-old Yash Arora) as well as Jagdeep Singh and Kirshan Singh (the son and brother of 62-year-old Bhim Singh). The families have been supported by the work of All India Drug Action Network’s Malini Aisola.

Their letter begins by drawing attention to these preliminary committees of doctors: “The failure and utter breakdown of institutional mechanisms meant to protect and support patients, particularly committees for investigating complaints, results in great hardship for families trying to engage a system that is rigged against them.”

They say that there is a lack of rigour in the procedures and norms for conducting these investigations, coupled with a lack of transparency about the functioning of these bodies and even about their outcomes. Ultimately, a survey of the findings of these committees gives these families the impression that the “investigations appear to be unduly biased in favor of large hospitals.”

The cases of Bhim Singh and Yash Arora are also searingly tragic.

Bhim Singh’s ordeal started when he was admitted in Park Hospital for a kidney stone. The procedure left him in a coma with a stroke and paralysis. He is currently wheelchair bound, has memory loss and the kidney stone in question was never in fact removed.

The family finally managed to get a preliminary inquiry done, and the entire case was dismissed in a three-page report which did not even mention that Bhim Singh was paralysed.

The committee said there was no negligence, the policy refused an FIR and the report of a second inquiry committee hasn’t even been given to them in three months.

Ten-year-old Yash Arora was admitted to Medanta hospital seven years ago, for a liver transplant. The first transplant failed and he had a second one. The Hindu reported that the family secured RTI documents which showed that the hospital did not adhere to infection protocols. Yash ended up contracting tuberculosis as well. He died. The family was billed Rs 45 lakh.

Just as in Gopendra’s case, Medanta hospital waived off the bill for this family here too, which is an indication that something was truly amiss. Even so, investigations which the family was able to initiate, conducted by doctors at PGI Chandigarh and PGI Rohtak, dismissed the case in reports which were not even a page long.

What do the families want?

Borne from these tragedies, the movement started by these four families is pressing the government to clear up the obstacles in accessing justice, for those who have been aggrieved by healthcare malpractice.

Their letter says: “Institute clear procedures and norms for investigating patient complaints that include laying out transparently the method and manner in which the investigation will be conducted; these procedures and norms must include hearing from the patients and their families as opposed to recent investigations that appear to rely solely on medical records maintained by the hospital or healthcare institution itself; the provision of minutes of meetings of the committee, documents submitted into evidence, testimonies and cross-examination reports must be made available to the complainants. All final reports must be available in the public domain. We request the Ministry of Health and Family Welfare to ensure that such norms and procedures are adopted in all States and Union Territories.”

The families are in touch with a number of others around the country and their alliance is likely to grow in numbers as well as in strength, as issues of healthcare gain political and public momentum. In their letter they say, “We have pledged to let no other family go through this.”