With Goa Toll, Hospital Oxygen Shortage Has Taken Lives of at Least 223 COVID Patients in India

Another 70 deaths have been attributed to an oxygen shortage by patients' families, but this has been denied by the authorities. 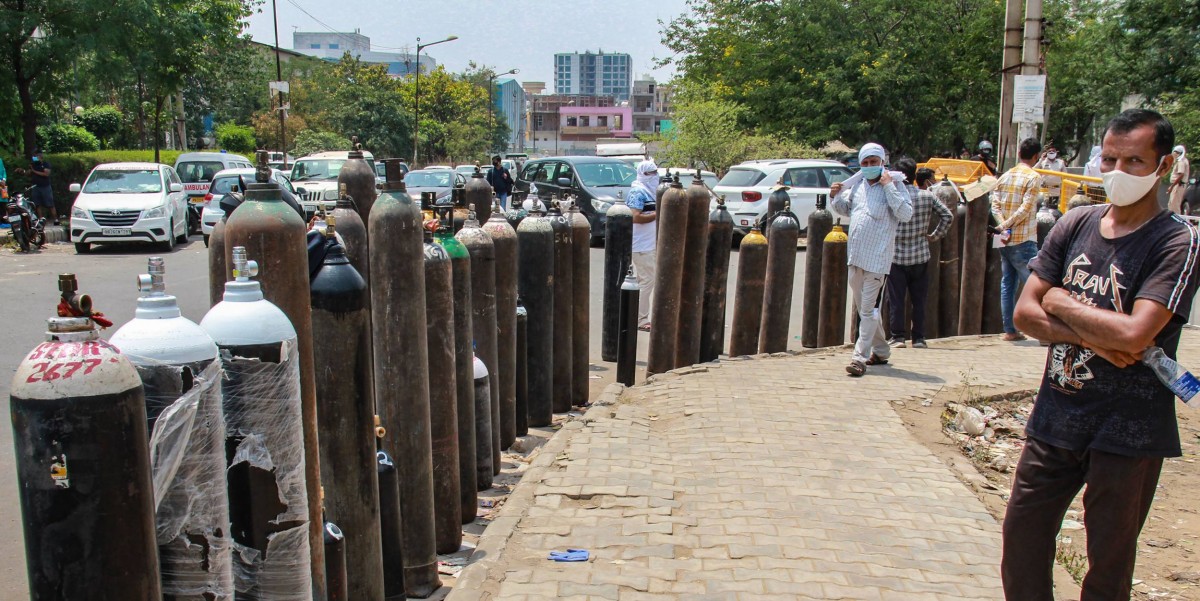 Relatives of COVID-19 patients wait to fill empty cylinders at an oxygen filling center, as demand for the gas rises due to spike in coronavirus cases, at IMT Manesar near Gurugram, Wednesday, May 5, 2021. Photo: PTI

The Wire Staff
Government
Health
12/May/2021

New Delhi: For several weeks now, as a severe second wave of COVID-19 infections wreaks havoc in the country, one of the most pressing concerns has been a shortage of medical oxygen to treat patients. Not just individual patients but even hospitals have been using social media to issue SOS calls; several hospitals have even moved high courts asking for their oxygen supply to be replenished on an emergency basis. State governments, too, have pointed fingers both at each other and at the Centre, blaming other governments for blocking supplies.

In the midst of all this, it is, of course, the patients who suffer. Numerous reports have been coming in of COVID-19 patients dying not of the disease itself, but because they were unable to get the oxygen support needed even while in hospital.

The Wire is putting together a list of the deaths that have officially been attributed to an oxygen shortage. We have culled these from media reports and from a Twitter thread created by Aditi Priya, a research associate at LEAD at Krea University.

We will continue to update this list while this crisis continues. If you see any instances we may have missed, please email editorial@thewire.in and let us know.