The UK regulator maintains that the benefits of the vaccine continue to outweigh any rare concerns that are under investigation for causal links. 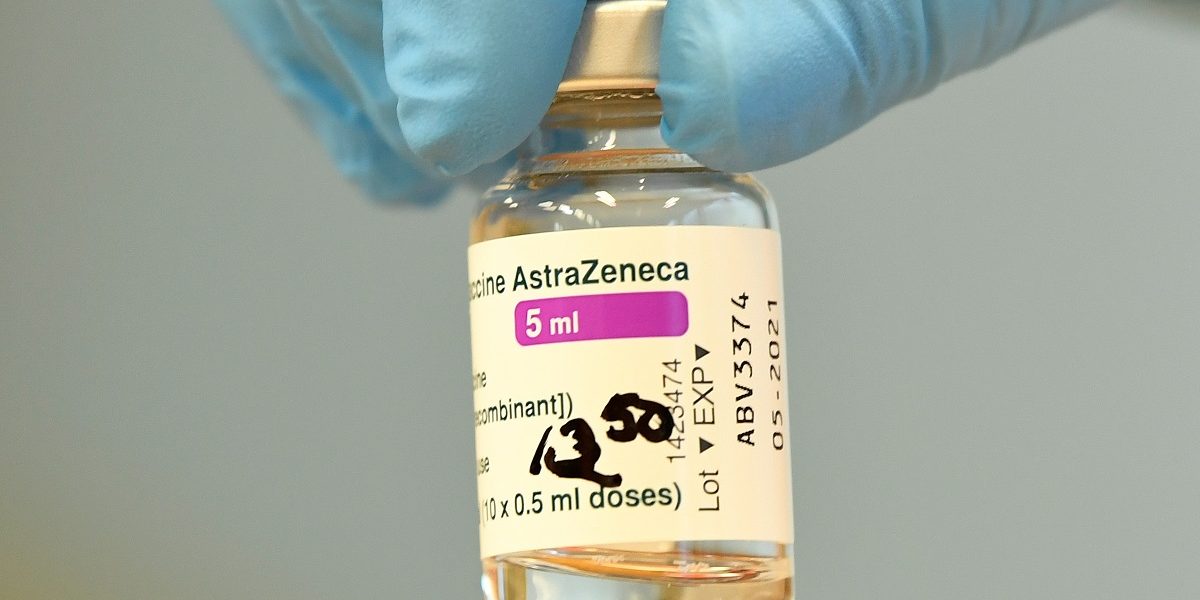 London: A trial of the Oxford-AstraZeneca COVID-19 vaccine on children has been paused while the UK’s medicines regulator investigates a possible link with rare blood clots in adults.

Professor Andrew Pollard from the University of Oxford told the BBC there were no safety concerns with the trial itself for which 300 volunteers had signed up, but that scientists were waiting for further information.

“Parents and children should continue to attend all scheduled visits and can contact the trial sites if they have any questions,” Oxford University said.

Earlier on Tuesday, UK Prime Minister Boris Johnson urged people to continue taking their Oxford/AstraZeneca vaccines to protect against COVID-19, in keeping with the advice of the country’s medicines regulator.

The latest intervention came as further reports emerged around rare blood clots, after a European Medicines Agency (EMA) official, speaking in a personal capacity, indicated there appeared to be some link with the jab.

The vaccine, which is also being produced in collaboration by the Serum Institute of India, had been previously paused by some European countries following some cases of rare blood clots. The UK regulator, the Medicines and Healthcare Products Regulatory Agency (MHRA), continues to monitor the data and says the benefits of the jab continue to outweigh any risk.

“What people should do is look at what the MHRA say, our independent regulator – that’s why we have them, that’s why they are independent,” Boris Johnson said, when asked about the issue during a visit to AstraZeneca’s manufacturing plant in Macclesfield, north-west England.

“Their advice to people is to keep going out there, get your jab, get your second jab. The best thing of all is to vaccinate our population, get everybody out getting the jab, that’s the key thing and that’s what I would advocate, number one,” he said.

Meanwhile, the EMA safety committee has been reviewing very rare cases of unusual blood clots in people vaccinated with the Oxford/AstraZeneca vaccine.

It said that the committee had “not yet reached a conclusion and the review is currently ongoing”, but it is expected to announce findings later this week. Speaking to an Italian newspaper in a personal capacity, Marco Cavaleri, head of vaccines at the EMA, is reported to have suggested a link between the jab and rare blood clots, though admitted there was uncertainty how the vaccine would cause the complication.

The EMA has previously said that there was “no evidence” to support restricting the use of the Oxford-AstraZeneca vaccine in any population.

The MHRA is investigating reports of a very rare and specific type of blood clot in the brain, known as cerebral venous sinus thrombosis (CVST), occurring together with low levels of platelets (thrombocytopenia) following vaccination.

It recently said that it identified 30 cases of rare blood clot events out of 18.1 million doses of the jab administered up to and including March 24. There have been seven deaths among those 30 cases.

Our thorough and detailed review is ongoing into reports of very rare and specific types of blood clots with low platelets following the COVID-19 vaccine AstraZeneca. No decision has yet been made on any regulatory action,” said MHRA chief executive Dr June Raine.

“People should continue to get their vaccine when invited to do so, she said.

The regulator maintains that the benefits of the vaccine continue to outweigh any rare concerns that are under investigation for causal links.