Indian Researchers Unravel How a Common Insecticide Can Cause Diabetes

They found that organophosphates, common in India, are broken down by microbes in the human gut into glucose – and ask us to reconsider their use for the sake of our farmers. 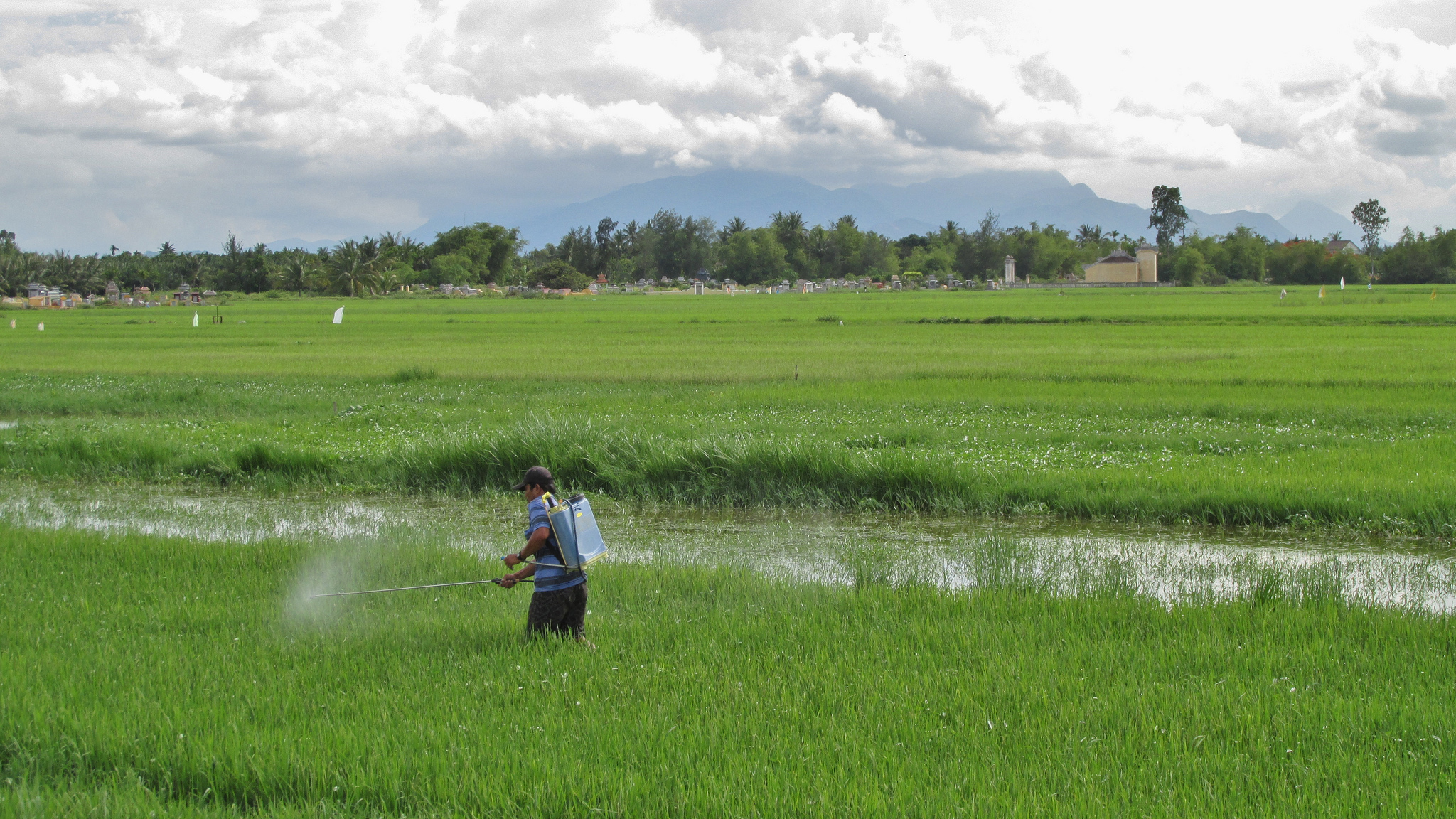 We thought in the 1940s that OPs, DDT, endosulfan, etc., were beneficial for large-scale agriculture, then we switched to OPs alone in the 1960s because they degraded faster, and then we found that DDT and its ilk were deadly for the environment, and now we’re finding that OPs cause diabetes. Credit: garycycles8/Flickr, CC BY 2.0

In 2010, an American researcher found that when young rats were exposed to very small amounts of compounds that contained molecules of a substance called organophosphates (OPs), they developed early signs of diabetes. Specifically, he found that the onset of pre-diabetes happened as a result of a metabolic dysfunction. Now, a new study by researchers at the Madurai Kamaraj University has elucidated the precise mechanism of action – the chain of events that begins with exposure to OPs and results in diabetes.

An important aspect of their study is that, according to Ganesan Velmurugan, “All the previous toxicological reports with these insecticides are at acute and large doses. Ours is the first report to replicate the exposure level at day to day life.” Velmurugan works at the department of microbiology in Madurai Kamaraj University, Madurai, and led the study.

OPs were developed by German researchers in the 1940s as agents of chemical warfare for the Nazis to use in World War II. After the war, they became better known as effective pesticides, and their use increased exponentially after the DDT ban in the 1970s. Nonetheless, their threats as nerve agents persisted, especially among the world’s rural population, which uses OPs regularly in agriculture. And this is what prompted Velmurugan to pursue the problem.

“We noticed increasing reports of diabetes in the villages around our university. In parallel, collaborating endocrinologists from major hospitals in Madurai also reported an increasing number of farmers seeking medical management for diabetes in recent years,” he told The Wire. “But the irony is that most of them are not exposed to common risk factors of diabetes like obesity, hypercholesterolemia or physical inactivity. So, we thought some non-traditional risk factors might be” at work.

Diabetes prevention or mitigation efforts are focused on getting lifestyle risk factors down and not really considering causative agents beyond dietary choices and hereditary susceptibility. But with OPs in the picture, Velmurugan thinks we’re confronted with a new problem. We thought in the 1940s that OPs, DDT, endosulfan, etc., were beneficial for large-scale agriculture, then we switched to OPs alone in the 1960s because they degraded faster, and then we found that DDT and its ilk were deadly for the environment, and now we’re finding that OPs aren’t so good after all. What compound are we going to strike on next to keep producing food at the scale that we do?

Rather than that, Velmurugan told The Wire, “The promotion and development of traditional self-sustainable, nature-based agricultural practices would be the right approach to feed this world.”

In the study, Velmurugan and his team surveyed 3,080 people in rural Tamil Nadu – both diabetic and non-diabetic – and measured their exposure to OPs and their glucose intolerance. They found that there were thrice as many diabetes patients among farmers engaged in organophosphate-based agriculture as there were among non-farmers. However, though the precise molecular mechanism is still being worked out, Velmurugan said that pesticides and insecticides containing OPs did not cause diabetes via acetylcholinesterase (AChE), an enzyme and neurotransmitter that is otherwise the target and which is involved in the production of insulin.

After confirming that AChE were not involved using a study of mice exposed to OPs, the researchers turned their attention to what the 2010 study had also pointed out: a more metabolic pathway. Velmurugan said, “Using molecular studies, we found that OPs are degraded by the gut microbiota and the degraded by-products are converted to glucose in our body,” a process called gluconeogenesis. This accounts for the increased blood sugar levels” – indicated by glycated haemoglobulin, a form of haemoglobin used to measure the amount of glucose in blood. It is a standard marker for diabetes.

The study was published in the journal Genome Biology on January 24, 2017.

The last time OPs were in the headlines, it was when they poisoned food served to schoolchildren as part of India’s midday meal scheme in Saran, Bihar, in 2013. Velmurugan suspects that people can become exposed to OPs via the water and air as well – but they’re definitely deadliest when ingested with food. The incident in Saran saw 25 children die within hours. The causative agent was later found to be monocrotophos, a cheap OP insecticide banned in many countries.

When acting through acetylcholinesterase, OPs in large enough quantities in the human body interfere with this enzyme’s duty to carry messages between nerves and muscles, making breathing very difficult. Deaths are painful.

But Velmurugan and his colleagues, as well as some other research groups, are now helping farmers realise that OPs can cause longterm hardship even in smaller amounts. A study in 2015 found that prolonged exposure to OPs can result in a significantly increased risk of arrhythmia and coronary artery disease. Another, conducted between 1993 and 2003 among 33,457 individuals, found that handling organochlorine and organophosphate insecticides was associated with a heightened risk of developing diabetes.

In fact, Theodore Slotkin, the cancer biologist who conducted the 2010 study in which rats were found to develop prediabetic symptoms after being exposed to OPs, calls our attention to a more debilitating effect. In his paper, he writes,

… exposure to developmental neurotoxicants could contribute to a subsequent subconscious preference for a high-fat diet as a way of ameliorating the effects, thus providing an indirect but potentially potent driving force for consuming an unhealthy diet. If this turns out to be true, then our findings point to a potentially important factor contributing to dietary choices that ultimately promote obesity and diabetes, expanding the public health implications of the “silent pandemic” caused by developmental neurotoxicant exposure.