The National Institute of Nutrition has brought all the data and information available on Indian people's nutritional status together. 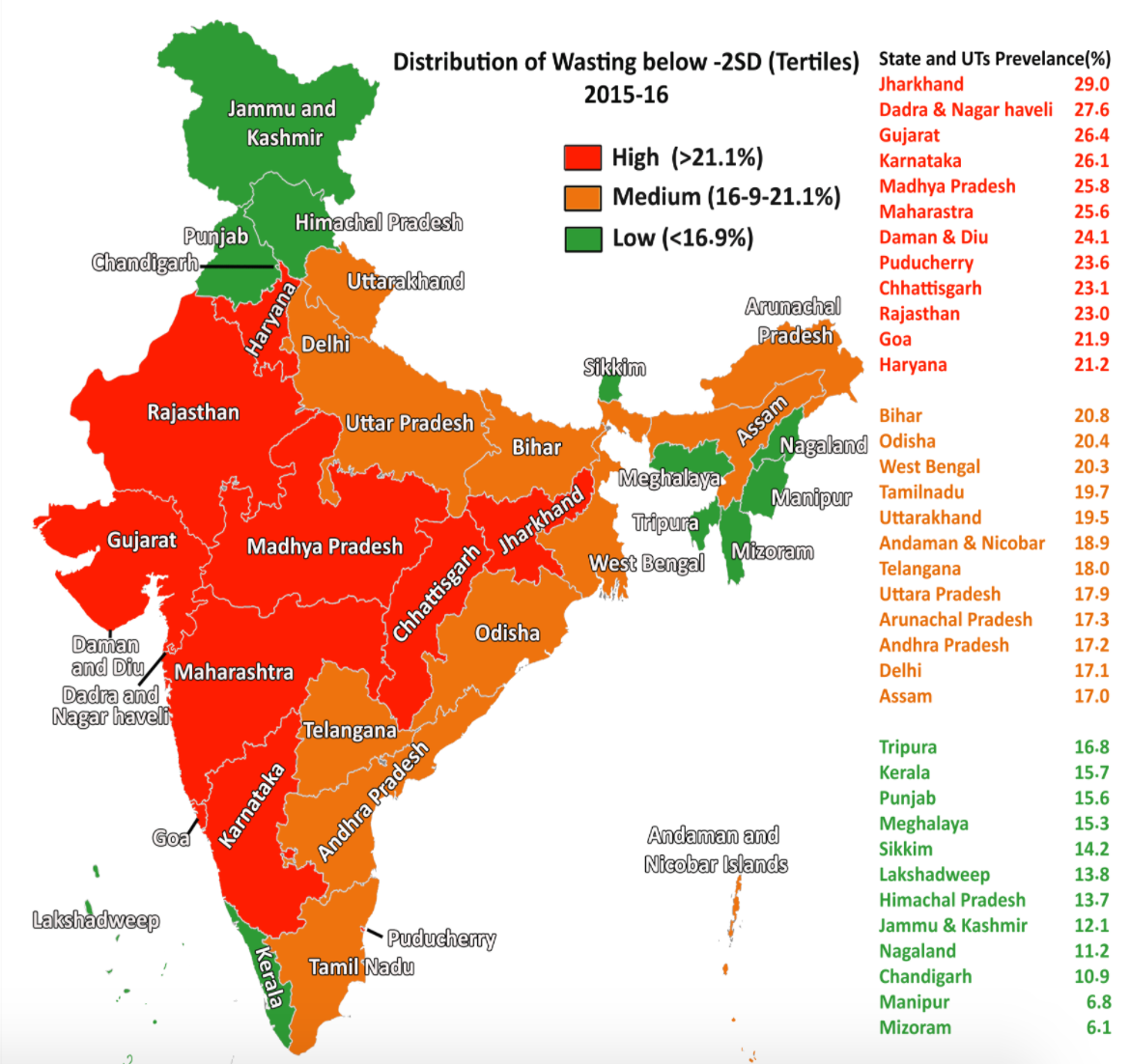 A screenshot of the atlas's dashboard displaying the distribution of wasting in India's states.

New Delhi: India currently faces twin challenges in the nutrition sector – undernutrition manifesting causing several health problems and, second, exacerbating the consequences of being overweight and obese. Together, they contribute to the national burden of noncommunicable diseases. In order to provide a snapshot of all relevant data and information about nutrition, the Hyderabad-based National Institute of Nutrition (NIN) has developed the country’s first ‘nutrition atlas‘.

The nutrition atlas provides information and data on the nutritional status of population groups at national and state levels, along with an overview of nutrition-related deficiencies, disorders and prevalence levels in various parts of the country. Interactive graphics and statistics are available on issues including the prevalence of anaemia, stunting, obesity, wasting and tuberculosis. It also provides information on nutrients, nutrient-rich foods, nutritional deficiency disorders and a host of other topics. 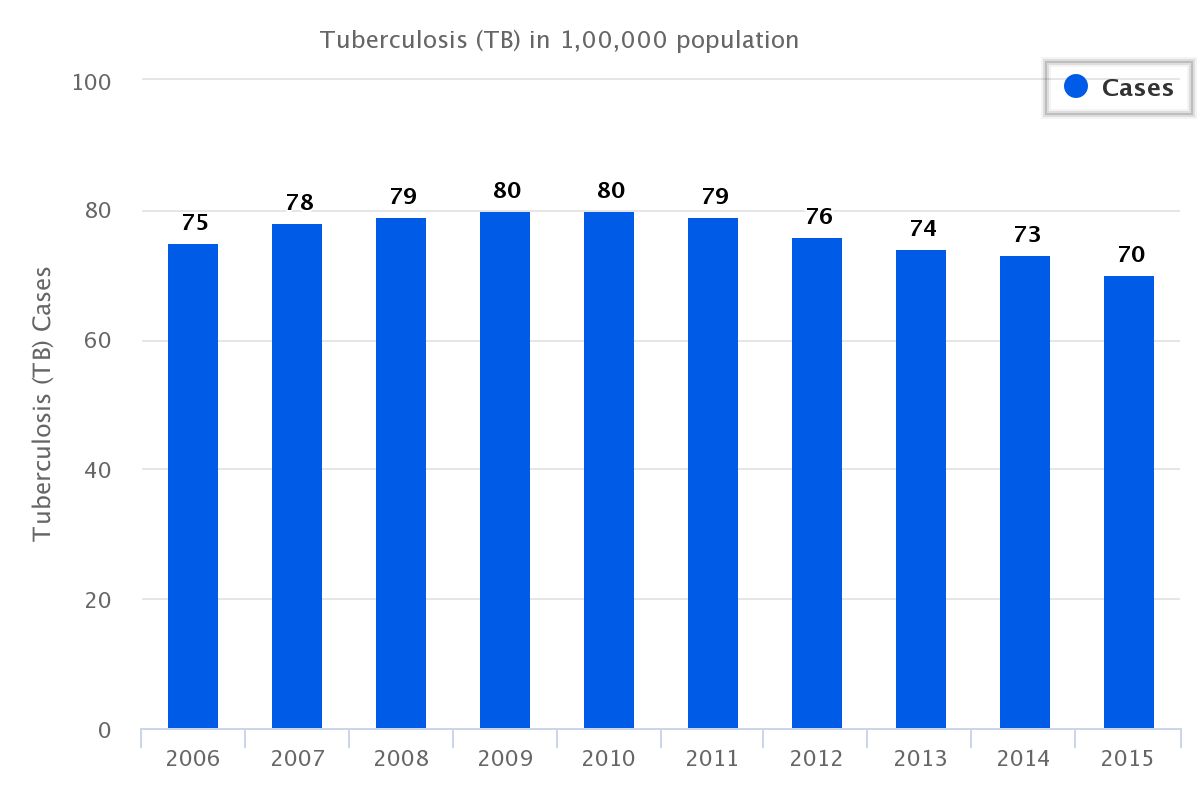 A chart on the number of reported TB cases. Courtesy: NIN nutrition atlas

The atlas is interactive and displays information in the form a user may select. It was developed through a long-drawn technical exercise by a multidisciplinary team at the bioinformatics division of NIN. It makes use of publicly available data sources, like reports of the National Nutrition Monitoring Bureau, the National Family Health Survey, the World Health Organisation (WHO) and other public databases. The dashboard acts like an information management tool, helping the user track data on undernutrition, overweight, obesity and communicable and noncommunicable diseases. It can also provide time-wise trends on each of these parameters.

A screenshot of the atlas’s dashboard displaying the distribution of wasting in India’s states.

The map above – from the nutrition atlas – shows the prevalence of wasting in India’s states. According to the WHO, wasting is a condition typified by a low weight-to-height ratio, and brought on by undernourishment. It falls under the overarching class of moderate malnutrition, which itself is defined as a weight-to-age ratio that falls below the WHO child growth standards by two or three standard deviations (the ‘2SD’ stands for two standard deviations).

While public databases like data.gov.in provide data from various sectors, including health, the nutrition atlas is a specific data portal on nutrition and health parameters. “The prevalence and incidence of various nutrition and health parameters have been given for all 679 districts, wherever such information is available in public domain,” Vishnu Vardhana Rao, senior scientist at NIN who led the effort, told India Science Wire. “The data in the atlas will be updated as and when new data is released in the public domain by organisations concerned. This portal is useful to policy makers, programme managers, researchers, media, students and other stakeholders.”

NIN is a leading laboratory in the field of nutrition research under the Indian Council of Medical Research. The nutrition atlas is available here.