Nidhi Singh, a researcher at Banaras Hindu University, wants to provide evidence on the link between climate change and the increase in vector-borne and other diseases in Varanasi. 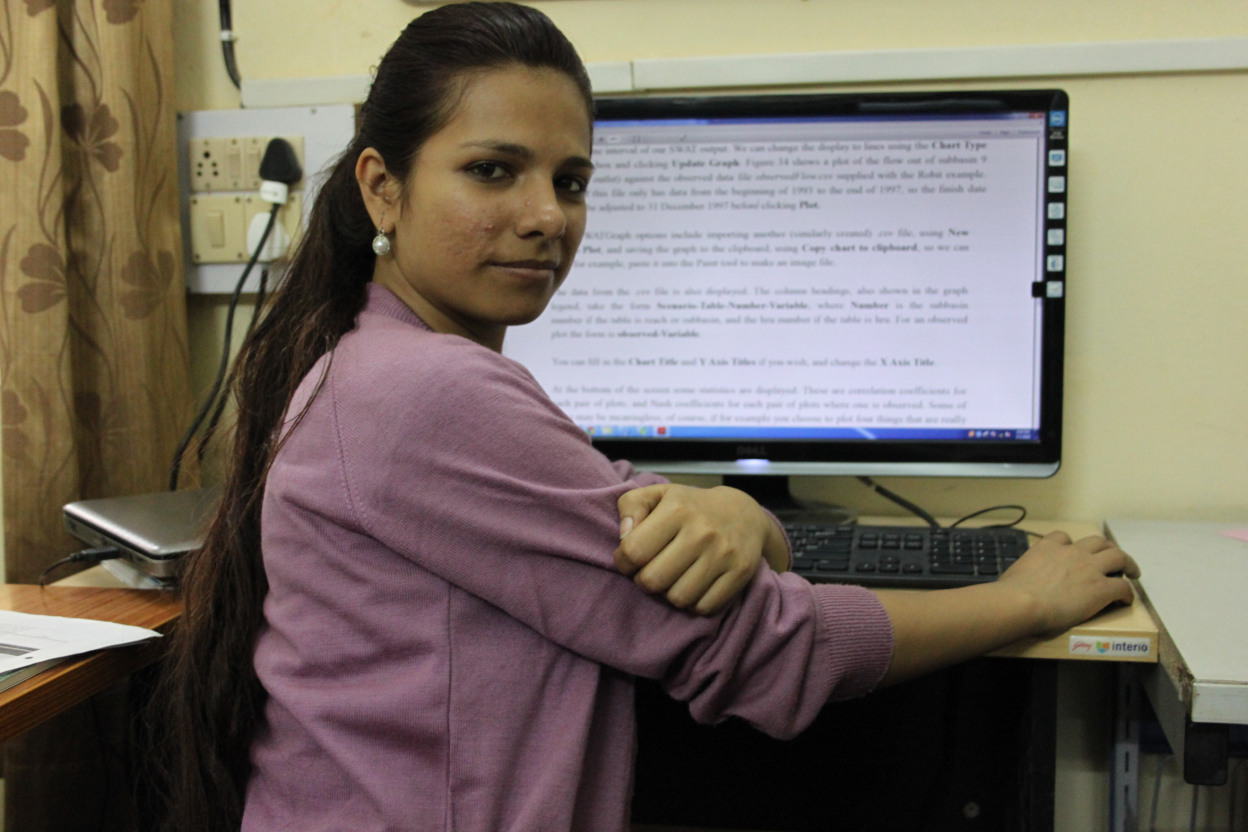 When I first arrived at the massive Banaras Hindu University (BHU), passing through its many temple-like faculty buildings, I was handed a long list of contacts of senior female scientists pursuing research in different departments. It was Rajesh Mall, a climate scientist at the university who opened the door for me to all the amazing people I met in Varanasi.

Surprisingly, among all the people I met, those most enthused about their science, were Mall’s own PhD students. They are not scientists yet but are training to be. Every day the group meets at its desk to talk about a huge entangled mess of a problem – climate change. However, the term that brings doom and gloom to most minds is just a problem Nidhi Singh and her colleagues in Mall’s optimistic research group are rearing to solve.

Singh researches the impact of climate change on humans. Not human impact on the climate but the other way round. “We know that climatic parameters like temperature and humidity play very important role in spread and transport of diseases like tuberculosis, diarrhoea, malaria, kala-azar and pneumonia. Similarly, a person having cardiac issues can get troubled in high temperatures like 48-50℃. Heat stress is another problem due to loss of water and dehydration in extreme temperatures.”

Singh works with local climate data from the past 30 years and disease incidence data from a big local hospital in Varanasi. She was born and raised here and plans on staying here as long as BHU offers her a lectureship unless she is offered a post-doctoral fellowship abroad. When she is done with her research, she hopes that the people of Varanasi will be in a better position to make informed steps to reduce the devastating impacts of climate change on the public health of the oldest city in the country.

Singh is a young, charming and confident woman. She talks about her research profusely and is able to describe the work and its limitations very clearly, something not so common among people of science.

Like most climate scientists, she sifts through large amounts of data every day. For the last two years, she has been working with data from Sunderlal Hospital, housed inside the BHU campus, 50 metres from her institute. Every year the hospital treats thousands of patients suffering from TB, diabetes, diarrhoea, malaria and kala-azar. The large patient data generated is invaluable for Singh’s work.

It’s already known that climate changes involve a rise in temperature, more extreme rainfall, and an accompanied increase in vector-borne diseases and some other diseases like diabetes and cardiac problems. If you put the number of disease incidents and the climate data across on the same plot, both graphs will flow together, as if climate change is responsible for rising number of diseases.

Singh wants to provide evidence for the same thing, but over a specific population – the people of Varanasi.

Sunderlal Hospital, where she has been getting her data from, is the biggest and oldest in the area. You would expect lots of reliable data, but Nidhi still finds lots of hurdles. “The hospital doesn’t have all the records of past years. We can only get data from last decade but not before that. Another problem is that they don’t provide us with all the data and we have to fight for it. We have to go through a large procedure. Large numbers of people coming to the OPD daily are not recorded; we have limited data on only the admitted patients. There are also no records of what socio-economic background these patients are coming from.”

Singh needs data – and lots of it. The validity of her work depends on it. Since the data she has been relying on has proved frustrating, she is now preparing a new device to fit into her research methodology.

She is currently writing a questionnaire that she will take to several local hospitals to generate her own data. She hopes to find at least 500 patients for each disease dataset.

At the conclusion of her PhD project, Nidhi will have found a relationship between the trends of the changing climate and diseases. “Local communities can then take seasonal mitigative steps like widening sewers and directing the flow of water.”

“The policies and plans the government makes are based on the data that scientists have done research on. So, unless and until we have knowledge on particular areas it would be tough to deal with problems locally.”

When I asked her about how she felt about being a woman in science in this country, she looked a bit dumbfounded and then responded, “At work I don’t feel if I’m a woman or a man. Here I’m just a research scholar.”

“My family praises me and they don’t pressurise me to get married. I am 28 now and I have zero pressure. Similar is the situation with most of the research scholars in this institute… so it’s very nice.”

This piece was originally published by The Life of Science. The Wire is happy to support this project by Aashima Dogra and Nandita Jayaraj, who are travelling across India to meet some unsung women scientists.