The policy proposes a reversal to “monitoring” the prices of drugs, instead of “controlling” them, although the Supreme Court had earlier ruled against this. 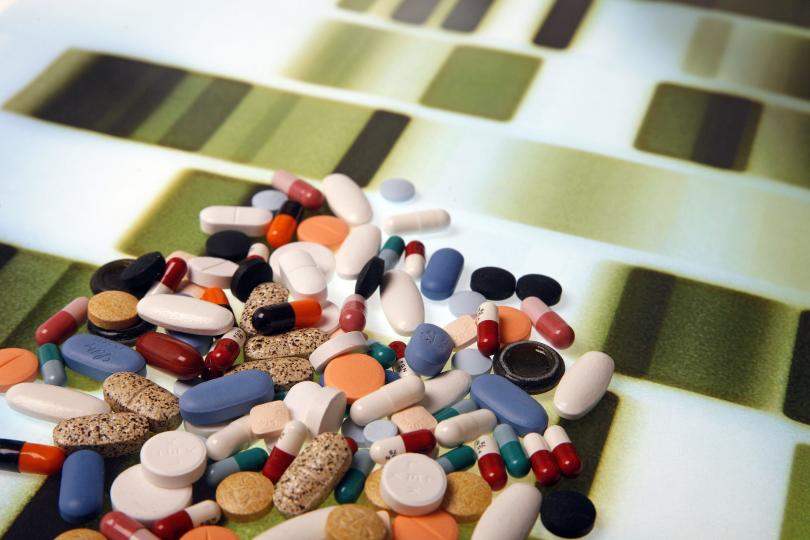 The new draft says it is interested in affordable medicine but also proposes measures that could crimp India’s drug price regulator. Credit: Reuters

New Delhi: An 18 page draft pharmaceutical policy by the department of pharmaceuticals (DOP) was circulated last week to various organisations working in the pharmaceutical industry as well as civil society. The draft shows that the government is keen to focus on the quality of Indian drugs, reducing the time taken for drug approval, increasing indigenous discovery of drug molecules and reducing dependence on China for raw materials. The draft says it is interested in affordable medicine but also proposes measures that could crimp India’s drug price regulator.

The policy ends by saying that it would contribute to the ‘ease of doing business’ and in giving an impetus to Make In India. Discussing the “menacing” marketing strategies of pharmaceutical companies to manufacture the same drug at different prices and brand names, the policy recommends having “one company–one drug–one brand name–one price.”

After discussing six stated intents, the policy finally says that one of its objectives is to make drugs affordable and accessible. Over the last three pages, the policy explains how it wants to substantially alter the working of India’s drug price regulator, National Pharmaceutical Pricing Authority (NPPA), which recently capped the soaring prices of coronary stents as well as orthopedic knee implants. The NPPA comes under the department of pharmaceuticals in the ministry of chemicals and fertilisers.

After a discussion of six needs of the pharmaceutical sector – such as improving the quality of drugs and reducing the dependence on China for raw materials – the policy finally shifts its attention and says, “While growth of pharmaceutical industry and concerns related thereto are important, more important is the overall objective of making quality drugs accessible to the poor patients at affordable prices.”

Then the policy changes track and ends with three pages on how it would alter the structure of drug regulation in India, saying “there is scope for improvement in drug price regulator’s structure and functioning.”

At this point the language becomes significant for its detail: Despite speaking for the desirability of intervening in the pricing of drugs, the policy ends by saying in summary that the Drug Price Control Order (DPCO) will be “reoriented to move from price-control to monitoring of drug prices, their availability and accessibility.” This is a big policy-shift in the government’s approach to price control.

The policy document does not shy away from admitting this. In the initial sections, with a discussion on the history of price control in India, it says that the 2002 pharmaceutical policy had also proposed “a shift from controlled regime to monitoring regime, span of price control over drugs and pharmaceuticals to be reduced substantially.”

With this overarching policy-direction in mind, the document moves on to its recommendations for the restructuring of the NPPA. This is being proposed in two main ways.

Firstly, the draft policy, over several clauses, proposes a mechanism by which all of the NPPA’s decisions can be reviewed and overturned by the DOP. At present, orders passed by the NPPA under paragraph 4, 5, 6 of the DPCO can be reviewed by the DOP but orders passed under paragraph 19 gives NPPA “extraordinary powers” and these cannot be reviewed. The recent caps on knee implants came via paragraph 19. The second way in which the policy could clip price control is by paring down the basket of drugs which can be controlled at all.

Paragraph 19, which gives the NPPA “extraordinary powers” (which the policy is wrongly calling “emergency powers”) is what gives the price regulator the space to act quickly in vital situations without multi-ministry approvals. It also protects the body from having its work made redundant by constant overturns.

The policy says that prices fixed by NPPA, cannot be revised by the NPPA, and will have to be done by the government or a court of law. “NPPA used to correct notified prices based on representations from companies, if there was a data error in the pharmatrac database, for example. If the company’s claim was correct, NPPA would revise the price, companies would get relief, and there would be no need for a review,” said a government official who did not want to be named.

At present, Section 9 of the DPCO specifies the sources of data NPPA can use and these data sets do often change with NPPA revising the prices when this happens. Once prices are fixed by NPPA, the system works somewhat on autopilot, with regulated drugs having their prices increase annually based on the wholesale price index and drugs not regulated increase by 10% yearly.

This clause in the draft policy also ties in with another clause in the policy which says that any appeals against NPPAs decisions will rest with the government. NPPA has previously recommended to the DOP that there be a tribunal to hear appeals against NPPA’s orders, instead of companies approaching the DOP. This would also give NPPA the opportunity to go to court, if the tribunal’s orders are seen as against public interest. At present, if the government overturns an order of the NPPA, the NPPA has no further appeal.

However over the last many months, several decisions by the NPPA have been overturned through office memorandums by the DOP, making much of the NPPA’s work redundant.

Another recommendation in the policy is on what actually makes it to the National List of Essential Medicines (NLEM) and Schedule 1 of the DPCO, which are the only drugs that are eligible for price caps by NPPA. At present the NLEM is prepared by the ministry of health and a special committee. The last list was drawn up in 2015. The DOP then incorporates NLEM into Schedule 1 of the DPCO and then NPPA can fix the prices of drugs in this Schedule. This Schedule can be longer than the NLEM. So far NPPA has also had the flexibility to fix prices of drugs outside of this Schedule, although it hasn’t often exercised it.

The first proposal by DOP on NPPA in this policy draft suggests that the DOP will prepare the list for price regulation, and the NPPA will have to be bound by it. This again is a recommendation that will impact on paragraph 19 and curb the regulator’s ability to take decisions on which drugs to fix prices of in vital or “extraordinary” situations, increasing delays.