We Need Ecstasy and Cocaine in Place of Prozac and Xanax

Is the taboo of drugs holding us back from using them for medical purposes to aid serious conditions like depression and anxiety? 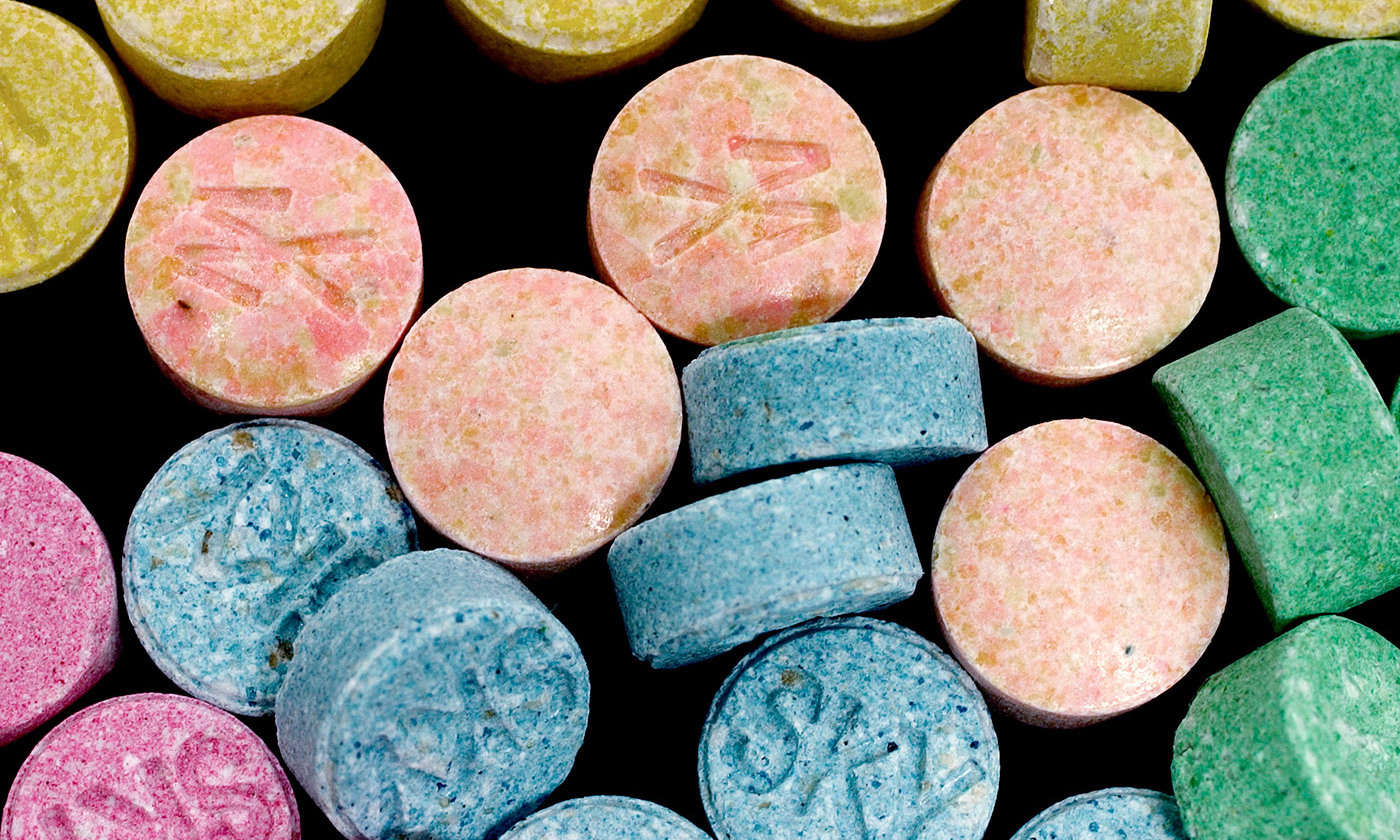 What can doctors do to ease emotional pain? The physicians of ancient and medieval times found many plants and plant-derived substances (ie, drugs) that soothed mental as well as physical ills. Rarely did they draw a line between the psychological and physiological benefits of their remedies. Modern medicine has confirmed the overlap of bodily and mental maladies through painstaking research, and yet treatment for psychological problems lags far behind a cascade of stunning advances in the treatment of physical ills – advances that have doubled the human lifespan and improved our quality of life immeasurably.

It’s not that medical science has completely ignored psychological problems. In the US, anxious housewives of the 1950s and 60s were plied with Valium and Librium (‘mother’s little helpers’). For those with more serious disturbances, powerful antidepressants and antipsychotics were developed. But these medicines had significant side-effects: emotional flatness, somnolence and physical limitations. Currently, selective serotonin reuptake inhibitors (SSRIs) such as Prozac and Zoloft have evolved as a silver bullet for the treatment of depression and anxiety. SSRIs are the drugs most frequently prescribed for Americans aged 18 to 44, at a rate four times greater than 25 years ago, while their use has doubled in the UK over the past decade. We’ve staked a great deal on these chemicals.

Yet a large number of well-controlled studies, and the meta-analytic research that puts them in perspective, find that SSRIs (compared with placebos) have little or no benefit for people with mild to moderate levels of depression. Their utility for severe depression is still subject to debate, with many studies showing little or no improvement and a definitive impact on anxiety disorders has not been demonstrated. Nor are SSRIs free of serious side effects, including sexual dysfunction, rapid weight gain and, most troubling, suicidal ideation, especially in younger patients. SSRIs have not lived up to their promise.

The question is whether there are drugs that can relieve emotional or psychological problems effectively and reliably, without debilitating side effects. Historically, humans have relied on a panoply of drugs to remedy emotional concerns. Our Victorian-era ancestors used opiates (eg, laudanum) to minimise anxiety, melancholia and sleep problems. Opiates are still acknowledged as the most effective defence against pain – and also anxiety, in limited circumstances (eg, routine colonoscopy). The indigenous people of South America have long bolstered their physical and mental endurance with coca leaves; and early 20th-century Europeans (such as Sigmund Freud) used its derivative, cocaine, to sharpen their wits. Self-actualisation, presumably an overall boon to mental health, has been enhanced with natural psychedelics (eg, peyote, ayahuasca) throughout the Americas for at least 1,000 years. And the youth of more recent times (re)discovered the value of cannabis in extending their aesthetic, social, even intellectual horizons.

But these drugs are almost universally banned. To use them as correctives for psychological concerns is anathema to Western medicine, and to society at large. They’re for getting high, not for getting well, and their use is met with repudiation and punishment.

The accepted narrative is that drugs used for ‘recreational’ purposes are dangerous: their most serious consequence (if they don’t kill you first) being addiction. According to the American Medical Association, the National Institutes of Health and other authorities, brain changes caused by the recurrent use of illegal drugs become hard-wired and permanent. Addicts are rendered dysfunctional in relationships, blind to accepted realities and incapable of controlling impulses – reason enough to withhold recreational drugs, not only from prescribing doctors but from researchers who might study them further.

The argument sounds straightforward. But addiction is no simple matter. For one thing, the brain changes associated with addiction are observed whenever people repeatedly pursue highly attractive goals, in sports, religion, business, politics, romantic love – even shopping. Second, addiction is neither automatic nor chronic. No more than 10% of those taking opioids for pain get addicted (it’s less than 1% for those with no history of dependent drug use). And of those who do get addicted, about half quit within four to five years, and almost everyone quits eventually. Cocaine addicts stop, on average, four years after their first snort. Those smoking cannabis daily quit, on average, six years after starting. Contrary to popular opinion, most people identified as drug dependent do recover, and most do so without any formal treatment.

But let’s look more closely at society’s response to the problem of addiction. Doctors readily prescribe analgesics (both opioid and non-opioid), methylphenidate (Ritalin), tranquilisers and antidepressants, even though all are known to be addictive. SSRIs (eg Zoloft) and anxiolytics (eg Xanax) are hell to get off because of withdrawal symptoms. So addiction is considered an acceptable risk in medicine. In society at large, addiction is not sufficiently problematic to attempt banning alcohol or tobacco, even though the average duration of alcohol dependence is 16 years, and only half of those dependent on tobacco quit in 30 years. (You’re far better off addicted to cocaine or pot.)

Perhaps the most startling revelation from addiction studies is that addiction isn’t about drugs. Many people develop all-consuming relationships with activities, identities and even people. Gambling is considered a more serious social problem than substance use in much of the UK and Australia. Sex addiction, compulsive internet use, gaming addiction and various eating disorders are common responses to the frustration, loneliness and existential malaise suffered in contemporary life. Addiction is part of being human. However, when it comes to drug use, addiction is vilified, and those defined as addicts are stigmatised, excluded or incarcerated.

Once we bypass the myths about addiction, our capacity for medicating emotional problems looks remarkably different. There are obvious places to start. Psilocybin, the active ingredient in magic mushrooms is neither toxic (in any dose) nor addictive. For those with obsessive-compulsive disorder, psilocybin is shown to reduce symptoms significantly. Studies have catalogued the relief of end-of-life anxieties, alcoholism and depression with psilocybin. But doctors cannot prescribe it.

Current treatment for post-traumatic stress disorder involves reliving the traumatic event and re-experiencing the fear it elicited. But ecstasy (MDMA) reduces the amygdala’s response to threat, thereby minimising the impact of reliving the experience. Ketamine, a well-known ‘party drug’ has been shown to relieve depression with one administration, reliably and safely (though for a limited time), yet research on its clinical efficacy is grindingly slow because of legal hurdles.

Instead of worrying so much about addiction, which tends to correct itself when life becomes tolerable, maybe we should worry more about the sources of emotional suffering. Depression not only hurts, it kills. Anxiety drives people to intractable isolation and fertilises stress-linked diseases. Yet the idea of prescribing opioids, cocaine, ketamine, ecstasy and other illegal drugs to help people feel ‘better’ is, currently, heretical. Are we concerned that people might feel too good? We’d rather stick to antidepressants of minimal therapeutic impact, not because they guard against addiction – they don’t – but because of a puritanical aversion to supplying unearned happiness and, along with it, a deep-seated belief that people who suffer emotionally should just get over it.

Addiction is a side issue. Emotional suffering is the real problem, and it’s complicated. In today’s world, the pressure to meet the expectations of success lead to anxiety, a sense of failure, guilt and depression. Inequality leaves people feeling inferior, envious and sometimes desperate. Depression and anxiety are umbrella terms that obscure enormous diversity in the causes and consequences of emotional pain.

If we’re going to treat psychological suffering as effectively as we treat pneumonia and broken bones, we’d better think outside the box of antidepressants that stupefy, and anxiolytics that dull the senses. We might start by exploring the options that human nature gravitates toward when left unfettered: drugs that help different individuals feel good in different ways. Stripped of stigma or the prospect of arrest, moved out of clandestine labs and back alleys and prescribed with sensitivity and compassion, these drugs can do a lot of good.