The long-term implications of the National Medical Commission Bill have not been adequately debated, and several of its features have caused widespread anger. 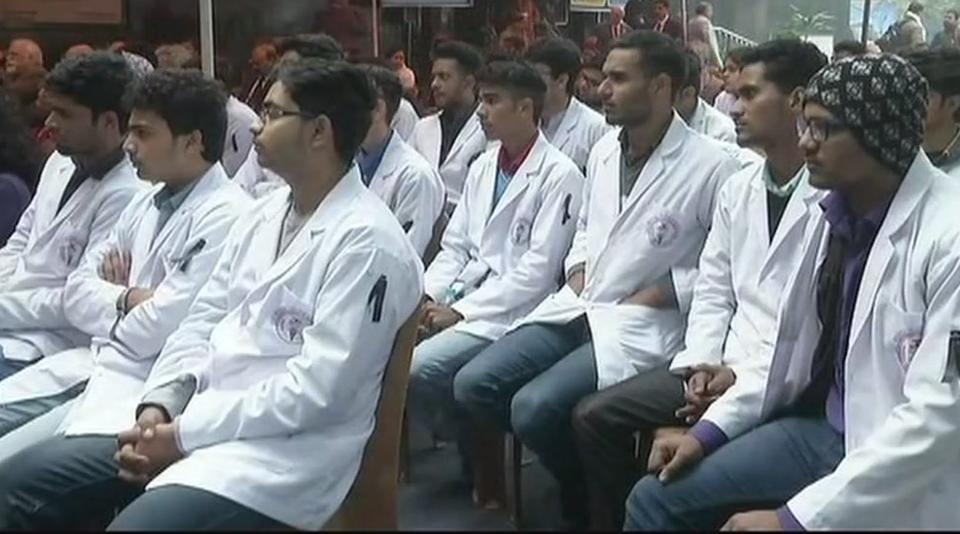 Samuel Beckett’s Waiting for Godot is a play where nothing happens and yet the audience remains riveted. The National Medical Commission (NMC) Bill belongs to the very same genre. Despite nine years of confabulating, the Bill has the danger of having similar outcomes as the old Indian Medical Council (MCI) Act. The Indian Medical Association (IMA) and doctors at large have expressed outrage at some of the provisions in the Act.

The idea of reforming and revamping the MCI took root in the Independence Day speech of former prime minister Manmohan Singh in 2009. The vision was to replace the MCI with an overarching National Commission for Human Resources for Health with four verticals looking after the four different aspects of regulation – undergraduate, postgraduate education, accreditation and licensing and ethical practice. It was to provide platforms for cross consultation and coordination between the disciplines and medical and non-medical personnel. In 2013, the Parliamentary Standing Committee (PSC) returned the ambitious Bill with three terse observations:

Ironically, all these observations pertain to the current NMC Bill as well.

In 2014, the current government constituted an expert committee under Dr Ranjit Roy Chaudhury to come up with a draft taking into cognisance the concerns of the PSC. Since nothing happened, the PSC took up a suo moto cognisance of the rotten state of affairs in the MCI and in 2016, submitted a scathing report recommending that the Roy Chaudhury report be implemented.

Instead, the government constituted yet another committee chaired by the then deputy chair of NITI Aayog, the CEO of NITI Aayog and the additional secretary to the PM, later adding the health secretary too. They were tasked to provide options for reform. Instead, they came up with a draft Bill that was based on widespread consultations with state governments and a cross section of people and organisations. The draft Bill was also put on the website. An estimated 22,000 responses were reportedly received. The comments were examined and some changes made. Subsequently, the group of ministers chaired by the finance minister examined the draft. The new NMC was approved by the cabinet and placed for discussion in the Lok Sabha on January 2, 2018.

In terms of consultative processes, one could not have expected a more exhaustive one and the hard work put in by NITI Aayog officials needs to be commended. Yet, when the Bill came to light, it generated an unprecedented response – a one-day strike by nearly three lakh doctors and protests from all sections – doctors, health activists, former policy makers, academicians and so on, forcing the government to refer it to the Standing Committee for further deliberation.

While the Act has far too many issues that cannot be detailed given the space limitations, there are four complex issues that have caused this widespread anger and concern.

The over centralisation of the NMC and the near control over it by the central government, ranging from appointing all the 77 members for the various bodies; being the appellate for a variety of routine technical matters rejected by the autonomous bodies and the whole NMC such as, granting permission to set up colleges; granting exemptions to criteria; approving courses; setting aside any punishment against a doctor found negligent; allowing doctors trained abroad to do surgery and practice without having to go through any screening or taking the licentiate examination; recognising degrees and qualifications; and finally having powers to issue directions to state governments and the NMC to comply with any orders it seeks to issue, not to speak of setting the Commission itself aside.

Such wide-ranging powers that will be exercised by the central ministry robs not just the federal nature of the law and reduce the NMC to an advisory role. In fact, the whole nine-year battle for revamping the MCI was mainly centred around the growing politicisation of medical education with the powers introduced in the Act in 1992 that made it mandatory for MCI to take prior approval for starting a college, a course and student strength. This is one grouse that those opposing the Bill have.

In view of the shortage of qualified doctors, the urgency to address the primary health needs of the communities and public health that are now largely being provided by unqualified quacks, the government has, since 2010, been requesting the MCI to institute new cadres of public health personnel along the lines of the LMP’s (Licentiate in Medical Practice) during the British days that worked very well.

Instead of mandating the board related to undergraduate education and the NMC to consider such options, keeping in view the current realities prevailing in the country, the Act has introduced a system under which the Commission and the heads of the councils of Ayush can, by a simple voice vote of those present, design bridge courses legalising Ayush practitioners to prescribe allopathy medicines. At all levels – primary level to post graduate. Such cross pathy then endangers the credibility of all the systems of medicine and has been severely opposed.

One bold reform pertains to the National Eligibility Entrance Test (NEET), about which much has already been said, and the National Licentiate Examination that all students have to take for getting the license to practice and also pursue postgraduate education. This is a laudable idea as it will enable standardising the competence levels of the “Indian Doctor”. Currently, the variance between the training and competencies in different colleges and regions is astoundingly wide. So such a reform was sorely required. Yet, there is apprehension that in the absence of standardisation of the quality of instruction in the country, it may widen disparities and become inequitable.

With a sizeable number of medical colleges with fake faculty or hopeless infrastructure, the quality of teaching is highly varied resulting in hurting students from backward states, poorer families and rural areas. But of greater importance is the fate of the students who study in accredited colleges, pass approved courses and examination systems and are found fit to practice by the university, but fail in the multiple choice question (MCQ) examination. What happens to them if they cannot afford private tuition to prepare for the licentiate examination?

Finally, the issue of fees. Assuming that an investment of Rs 400 crores is required to set up a medical college and with a view to attract investment, the Bill permits 60% of seats to be open for managements with unfettered freedom to charge any quantum of fees in order to recoup the investment. This logic is highly debatable. It is apprehended that this will increase rent seeking, corruption and reserve medical education only for the rich and well off.

The NMC has several such worrying features, not to mention the near absence of penalties, barring monetary fines, to deter wrong doing or providing grievance redressal for harassed patients. One cannot but get away with the impression that the long term implications have not been adequately debated. The manner in which it has been formulated gives room for apprehensions and contention. If an acceptable closure to the revamping of the system of medical education comes through, government will indeed get the much deserved credit. Let us hope 2018 brings good tidings for all of us.