The new policy unveiled in parliament also envisages an increase in the health budget to 2.5% of GDP but only by 2025. 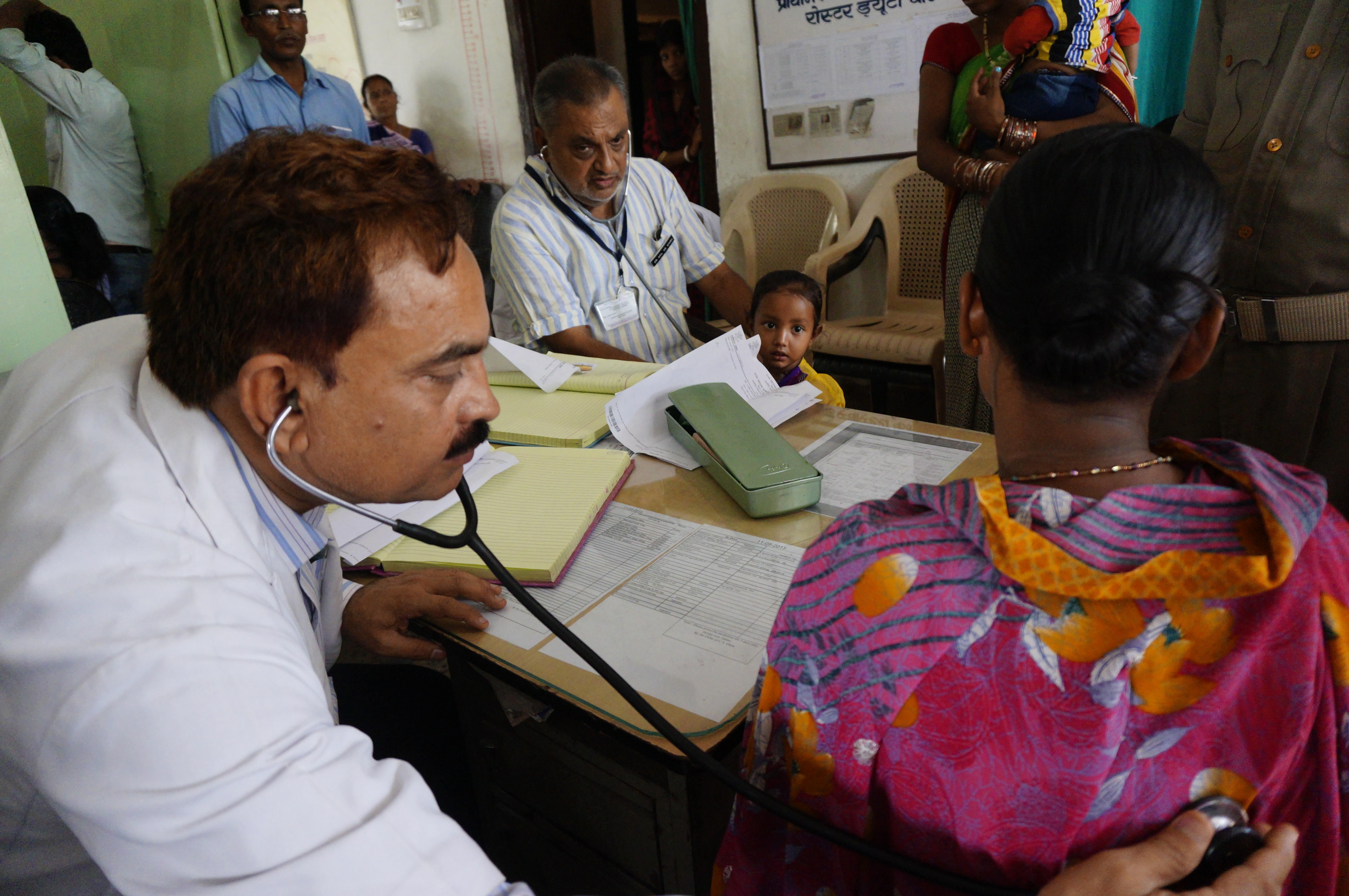 The new National Health Policy promises a bigger budget but drops plans to make health a fundamental right on the grounds that the government lacks the infrastructure to deliver. Credit: Shome Basu

New Delhi: The government’s final version of the National Health Policy has made substantial reversals on some of the stands of the Draft National Health Policy, 2015. The new policy no longer proposes that health be considered a fundamental right. Capping years of discussion, it has also finally agreed to propose that the health budget be increased, but asks for an increase of up to 2.5% of GDP only by 2025. It has also reversed the earlier proposal of using taxation, including a special health cess, to finance the increased budget.

After presenting the National Health Policy in parliament on Thursday, Union health minister J.P. Nadda discussed the document at a press briefing here. The previous versions of this policy were written in 1983 and 2002. Outlining some of the big differences between the 2017 policy and the 2002 one, Nadda said that there is a new focus on non-communicable diseases (NCDs) – which, at 39.1%,  make up the bulk of India’s disease burden – and a focus on wellness, including prevention and promotion of health, rather than focusing on “sick care.” Previous health policies did not fix firm targets for elimination of diseases like kala-azar and filariasis, but the new policy does, he said.

The draft policy’s priority on giving the private sector a greater role has carried over into the final policy document. Nadda referred to the need to “regulate and synergise” the private sector’s role in the larger area of public health. The minister as well as health Secretary, C.K. Mishra, spoke about the private sector being called in where the public sector is unable to make services available or unable to provide the right quality of services.

The minister explained that the proposal on health as a fundamental right was dropped because there was the apprehension that once it is guaranteed as a right, the state may not be able to always provide it. Mishra added that adequate infrastructure was needed to ensure that these rights could actually be ensured.

Whatever the reason, this is a major deviation from the draft policy which explained that health should be recognized as a basic human right and should be a “goal that the nation must set itself.”

Specifically, the draft policy referenced the long debate on whether health should be a fundamental right – as India has been able to do in the area of education with the Right to Education Act, 2009. “To move forward with determination,” the draft policy proposed that the central government enact a National Health Rights Act that would “ensure health as a fundamental right and whose denial will be justiciable.”

With regards to the increased health budget, the final National Health Policy has proposed the budget be increased to 2.5% of GDP. This is in line with the draft version as well, although the final version places a distant time frame for reaching this goal – 2025. Nadda said this scale up would happen in a “time bound manner.” In the press briefing too he desisted from laying out a clear time line for this, but explained that it would happen in a “phased manner, depending on how well the budget was being utilised.”

“There is no dearth of money. We don’t need to raise money for this through taxes” said Nadda. The new policy has scrapped the draft policy’s proposal of raising the finance for the increased health budget through a health cess along the lines of the education cess. It had also recommended specific commodity taxes such as tobacco, alcohol and extractive and polluting industries.