In Nashik, Where Oxygen Leak Killed Many Patients, a Familiar Story of Round-the-Clock Cremations

Cremations are now being held on pavements as bodies pile up. 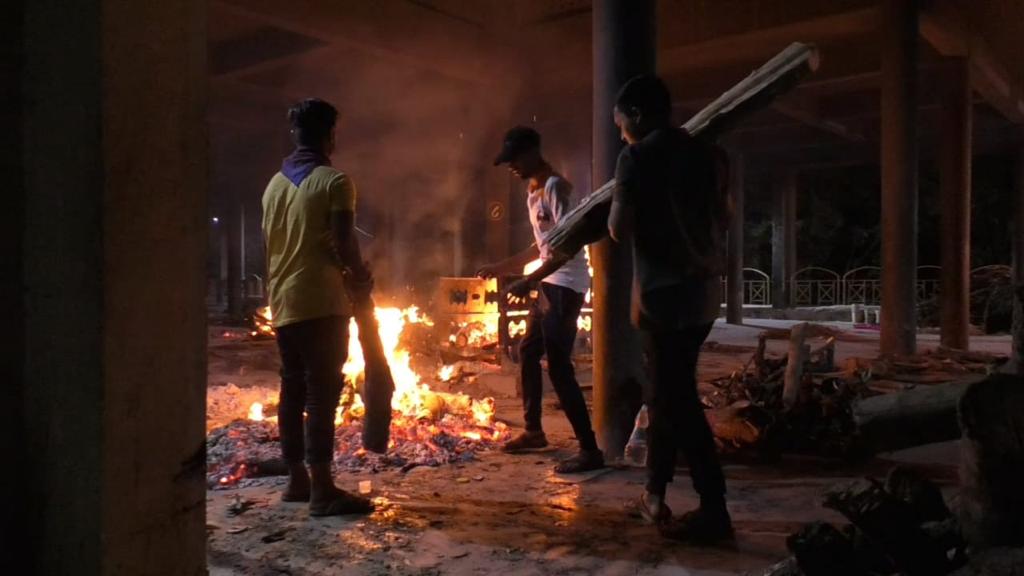 Nashik: It has been a long wait for Neeta. She has been patiently waiting for her number, so that she can bid a final goodbye to her father and go back home. He father Yashwant Koladkar had died due to COVID-19 after putting up a fight for nearly six days. He died in a hospital in Nashik due to the lack of oxygen. Neeta has been waiting at the Amar Dham crematorium patiently for the last four hours, where there is a backlog of bodies waiting to be cremated.

The cremation staff has been working according to a numbering system. “Mera number nahi aaya ab tak (My number hasn’t come yet),” says Neeta, who seems to be frustrated now. More than the grief of losing her father, it’s the wait which was troubling her. She just wants to get it over with and leave.

The queue to cremate is a daily sight over here. At any given time, 10 or more pyres burn while others queue up for the last rites of their loved ones. Most are COVID-19-related deaths. As cases and deaths mount in Maharashtra, Nashik is no different.

The records at the crematorium mention at least 100 bodies being disposed off on a day, out of which at least 60 are coronavirus-related deaths. But this does not reflect in the government records, which show a daily account of nine or ten COVID-19 deaths in city and a total of 57 in the district. The crematoriums are so overburdened that they issue token numbers and a booking system for the dead bodies. Amar Dham crematorium, which is the largest in the city, has now allowed the bodies to be burnt on the pavements, and roads inside the cremation ground, which has speeded up the process. But then it ran out of firewood. 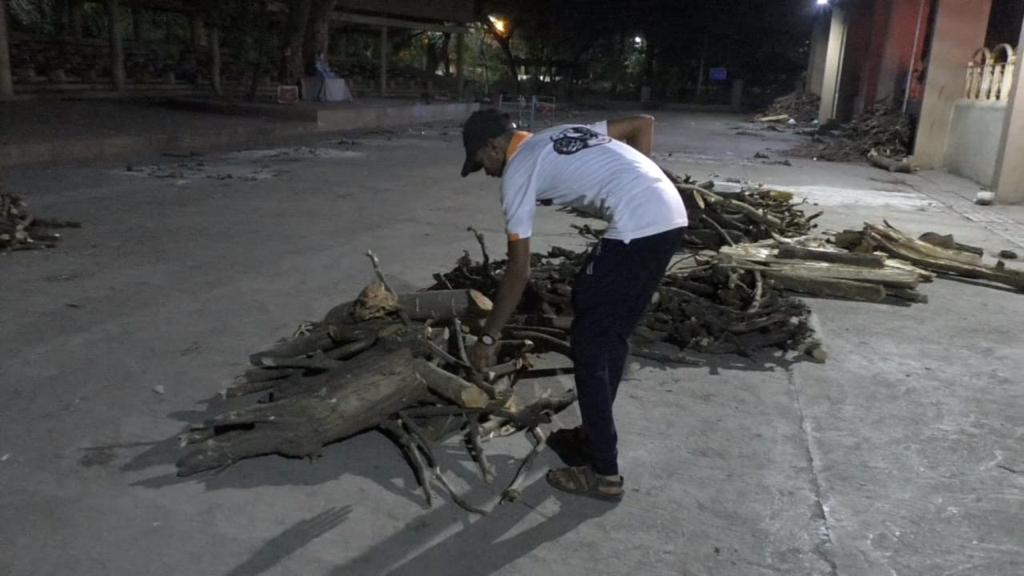 Nashik is an old pilgrimage town that now is in the throes of change, with a burgeoning wine industry and new developments coming up rapidly. The population stands at over two million, making it one of the biggest towns in the state. Like everywhere else, it has been hit very badly by the pandemic.

Nashik also has one of the few female morticians around. Sunita Patil has been cremating the dead here for the last 20 years, as did her father and grandfather did before her. She took up the family profession despite the fact that women are not allowed to do this job. There were protests from traditionalists, but she struck the course.

“I haven’t seen anything of this sort in my 20 years of service. Earlier we used to cremate about 20 or 25 bodies on a given day but now there are nearly 100 bodies a day. We had run out of space and now we allow the pyres on pavements, open grounds, even the banks of the river,” she says. “My job is to lift the dead bodies and place them on the pyre, wash them, apply ghee and perform their last rites. I have learnt it from my father. None of my other 10 siblings wanted to do this job. But I want to carry my fathers legacy forward and would like my daughter to do so too,” she says.

When 24 people died at the Zakir Husain Municipal Hospital due to a leakage in the oxygen tank on April 21, Sunita cremated 13 of them at the Amar Dham crematorium.

Just outside the cremation ground, ambulance driver Manoj Patil had just brought another set of bodies to the crematorium, his fifth trip to Amar Dham that day. Manoj is a wireman in the Nashik Civil Hospital but now is seen driving ambulances and dropping corpses to the cremation ground. “My ambulance driver ran away. He got scared that he will get infected, so he refused to come for work. I even offered him a raised salary but even that did not help. As a result I have started driving the ambulance,” says Manoj.

On an average day, he drops at least 25 to 30 bodies to the crematorium. He says he has come across cases where relatives have abandoned their COVID-19 positive family members and are running away. “We get calls about dead bodies lying abandoned in apartments, hospitals and roads. In such situation, we take the body bags and pack the bodies and then bring them to the crematoriums. My uncle also drives an ambulance and he drops the Muslim bodies to the kabristan while I ferry the Hindu bodies to the shamshaan ghat,” he says.

For the past few weeks, Maharashtra has been dealing with a severe shortage of oxygen. Nashik is no different.

In hospitals, relatives wait for their near and dear ones to be admitted. The private hospitals here have run out of oxygen and asked their patients to get themselves shifted to another hospital. A delegation of 20 doctors had visited the district magistrate and collector of Nashik on Thursday to plead for oxygen.

Hospitals are running at full capacity.

Dr Shodhan Gondkar owns a 50-bed hospital in Nashik city. At least 48 of those patients require oxygen, but the supply he had would have lasted only for two hours. Left with no option, he asked the relatives of the patients to fetch the cylinders themselves. “I am helpless. What can I do? I have 12 patients on ventilators who are critical and won’t survive if the oxygen supply runs out. Even the rest require oxygen. The situation is very grim.”

He further says, “There are about 150 private hospitals in Nashik and nearly 80% of them have run out of oxygen. The shortage is not only because of the increase in demand for oxygen but also due to the O2 supplying companies who have now started selling their supplies to hospitals which can give them a higher price.”

The government hospitals in Nashik are no better. Though they manage to get their oxygen and medicine supplies, they have no beds left. In Zakir Husain NMC hospital, one of the biggest in Nashik, a board announces there are no beds available.

Also read: A Doctor’s Plea: Forget For Once ‘Your’ Political Image and Give Our Patients What They Need

Naresh Raut, who lost his mother in the oxygen leakage incident in the same hospital, says he regrets getting her admitted here. He says, “When I admitted my mother she was made to sit in the hospital compound, on a wheelchair with her oxygen cylinder for two days. At nights they would just lay her on a stretcher on the ground and leave her there. On the day the leakage took place, she was given a bed. Unfortunately she died in the incident as the main oxygen line was shut down due to the leak.”

In the rural areas around Nashik, the situation is worse. On patient, 35-year-old Arun Mali, died on the steps of a hospital in Chandwad. He needed oxygen but was turned away by three hospitals. Finally he reached Chandwad Trauma Centre where he was asked to wait outside and complete his admission formalities. Within 15 minutes of reaching the hospital, he died on the staircase as his wife looked on helplessly.

The city has witnessed an unprecedented surge in the cases that have risen from 1.28 lakh at the start of March to 2.77 lakh till Sunday. On Sunday, 4,797 suspected COVID-19 patients were admitted in the city out of which 2,931 tested positive. Eleven of them died. And it’s getting worse.

All photos by Nazia Sayed.