Among the cases he probed were the supply of fake drugs, and massive irregularities in construction and infrastructure projects. After being wrongly divested of the vigilance portfolio last year, Chaturvedi alleges he has been continuously harassed. 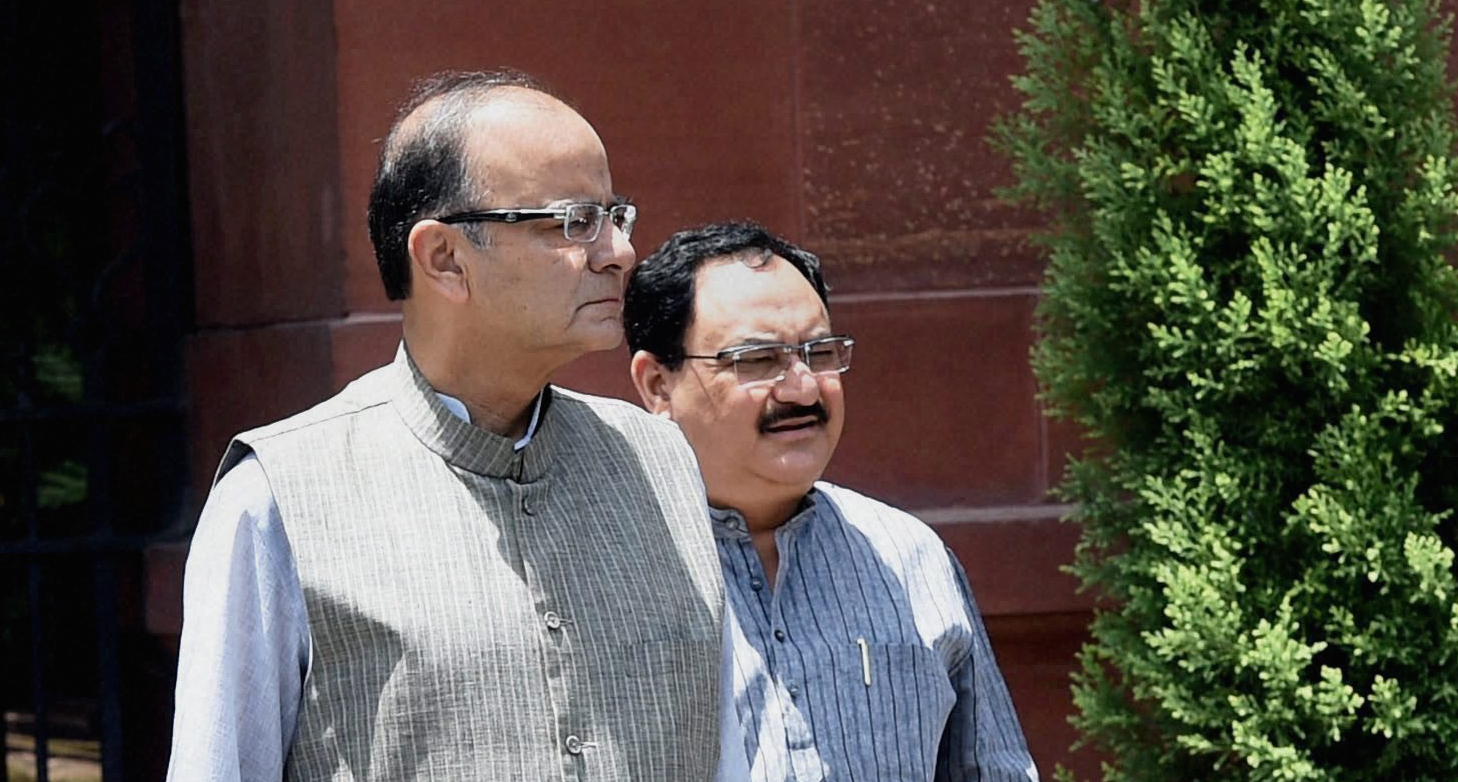 New Delhi:  The confrontation between the Narendra Modi government and whistleblower Sanjiv Chaturvedi – who exposed multi-crore rupee scams at the All India Institute of Medical Sciences  – continues, with the officer moving the Central Administrative Tribunal against Union Health Ministry and AIIMS orders that allegedly seek to nullify or  re-write his Annual Performance Appraisal Report for a period for which he claimed to have “already attained finality with `outstanding’ grade”.

Last month,  the CAT quashed an order of the two-member Appointments Committee of the Cabinet (ACC) headed by Prime Minister Modi which rejected Chaturvedi’s cadre change from Haryana to Uttarakhand. Chaturvedi, who is an Indian Forest Service officer, claims the government’s latest orders are “part of vindictive actions” which he has been facing from  the respondents – the Health Ministry and AIIMS  – over the “past one year” because of his “lawful actions against corruption cases of politically influential institute officials, during his stint as Chief Vigilance Officer of the Institute from July 7, 2012 to August 14, 2014.”

“The instant order is solely [intended] to finish the career of the applicant and to teach him a lesson for his lawful actions against powerful vested interests. Already the applicant has been rendered without any assignment by the respondents and his cadre transfer/deputation proposals to the Uttarakhand and Delhi Government have been blocked illegally as part of this victimisation strategy and more and more such moves on the part of respondents are in offing against the applicant,” Chaturvedi has submitted before the Tribunal.

Chaturvedi said the orders of the Health Ministry and AIIMS direct him “to submit only one self appraisal report for the entire financial year (2014-15), disregarding the fact that … there was more than one reporting authority for the applicant.”

In his complaint, Chaturvedi has elaborated how he has been systematically targeted for taking on corruption in the premier medical institute.

Before being posted at AIIMS, Chaturvedi had been transferred 12 times in five years as he had alleged widespread corruption in Haryana Government. His post as Deputy Secretary at AIIMS was created in the year 2011 with the approval of the Department of Expenditure “to exercise management and control of the Institute; to co-ordinate with multi-disciplinary experts; and to co-ordinate and manage infrastructure projects and ensure their timely completion.” In view of the rising corruption cases in AIIMS and on the insistence of the Central Vigilance Commission, he said a proposal for creation of a new post of Chief Vigilance Officer was placed in the agenda item of the Standing Finance Committee of the Institute and the panel on July 20, 2010 decided that a full time CVO was not needed and the officer joining at the newly created post of Deputy Secretary/Director Rank, would be assigned the work of CVO. These recommendations were subsequently approved in meetings of the Governing Body in November 2010 and Institute Body (IB) in January 2012, both chaired by Union Health Minister. He said an order issued by the Institute on July 7, 2012 had assigned the work of CVO to him.

Chaturvedi has claimed “that from the very beginning”, when he initiated action against a private chemist shop owner operating in the institute selling dubious medicines, there were concerted attempts to dislodge him from his post, though his tenure was officially fixed for four years at the said post.

He said as soon as he “initiated action against the powerful vested interests”, the respondents took no time in sending his transfer proposal for the Department of AYUSH, in August, 2012 itself. “The Civil Services Board (CSB) did not approve the proposal and asked for an explanation, which they could not submit.  Further, the Parliamentary Committee also issued a notice for breach of privilege on September 20, 2012, in response to which they simply withdrew the transfer proposal.”

“The PMO also, in view of the sensitivity of the matter, directed the Cabinet Secretary on November 23, 2012,  to personally scrutinise and satisfy himself before taking any decision in the Civil Services Board, regarding shifting of the applicant from the post of CVO, AIIMS.”

Chaturvedi said the Central Vigilance Commission also wrote to the respondents on October 4, 2012, directing them not to involve him in the work of procurement, tender etc. in view of his assignment as CVO. After that, he said, the CVC approved all the proposals sent by him in his capacity as CVO, AIIMS, till August 14, 2014 when he was summarily removed from the post of CVO, AIIMS.

Stating that this was done “under political pressure generated by certain vested interests who were hit hard by [his] lawful actions”, Chaturvedi said “though the plea taken by the respondent for removal from the assignment of CVO was of lack of prior approval from CVC, it is on record that till this date no CVO in the entire history of AIIMS, ever had prior approval of the CVC, including the present incumbent.”

Averring that there was foul play in his removal as CVO, Chaturvedi said it is proved from the fact that while on May 23, 2014 the Health Secretary had strongly justified the assignment of the CVO’s work to him – rejecting all the contentions of the Health Minister and President of AIIMS J.P. Nadda, who was then a only an MP –  and had also termed the performance of the applicant as exemplary, subsequently, on August 13-14, 2014, the same official moved the proposal for removal of the applicant from the post of CVO, on the same contentions of Nadda. “And within 24 hours, 20 signatures were recorded on the said proposal,” Chaturvedi contended.

Chaturvedi has also highlighted in his petition how in his two years tenure as CVO of AIIMS, he had initiated action in a record number of cases: penalties were imposed in 78 cases (out of which in 21 cases, the penalties of compulsory retirement/removal from the service was imposed) and  in 87 cases chargesheet were issued.

Action was initiated in a whole range of matters, including the supply of dubious medicines, the role of middlemen in making OPD cards, irregularities in recruitment, use of fake caste certificates, sexual harassment cases, unauthorised foreign visits, enjoying hospitality of private medical colleges by senior faculty members, irregular appointment of consultants, use of fake propriety certificates, etc.

Among the prominent cases he has mentioned is that of Vineet Chaudhary, a 1982 batch IAS officer from the Himachal cadre and then Deputy Director (Administration) AIIMS and now Additional Chief Secretary Himachal Pradesh. Chaudhry had earlier served as a secretary under Nadda when the latter was a Minister in the State.

Chaturvedi has mentioned that a case was registered by Central Bureau of Investigation on September 1, 2014 against Chaudhry “for illegal extension of Superintending Engineer B.S. Anand to supervise Rs 3750 crore expansion project and for other financial irregularities in engineering works.” In this case, Chaturvedi has submitted before CAT that major penalty proceedings were approved by then Union Health Minister (Dr. Harsh Vardhan) on the basis of investigation done by him for various corruption cases, including appointment of consultants in engineering works, misuse of official vehicle at the rate of 150 km per day consistently for a period of two years and treatment of a pet dog at the Cancer Center.

Making a mention of 12 important cases – including those against IPS officer Shailesh Yadav, who also held the post of DD (Administration), AIIMS, former Registrar V.P. Gupta and former Chief Administrative Officer Attar Singh – Chaturvedi has claimed that in none of the cases for which actions were initiated by him could the accused officials get relief from any court of law.

Stating that it was because of corruption in the engineering/infrastructure works of the institute that there was substantial damage of underground parking in the first rains itself in July-August, 2013, that blocks fell off from the Convergence Buildings in February-March, 2015 , Chaturvedi said a preliminary enquiry was initiated by the CBI on September 1, 2014 into various irregularities and it also reportedly recommended major departmental proceedings against Chaudhary.

Taking J.P. Nadda’s Health Ministry head on, Chaturvedi has submitted before CAT that “in order to protect these corrupt elements, the respondent Ministry and Institute never allocated the work of monitoring of infrastructure projects to the applicant. The extent to which the Respondent Ministry can go in protection of these corrupt elements is obvious from the fact that the said work has not been allocated despite the ministry reiterating the same in a report sent to the Prime Minister and in an affidavit filed before the High Court of Delhi.”