The Muzaffarpur Child Deaths Were a Predestined Tragedy

A visit to the region showed that the Bihar government had not prepared for an AES outbreak, even though it has become an annual occurrence. 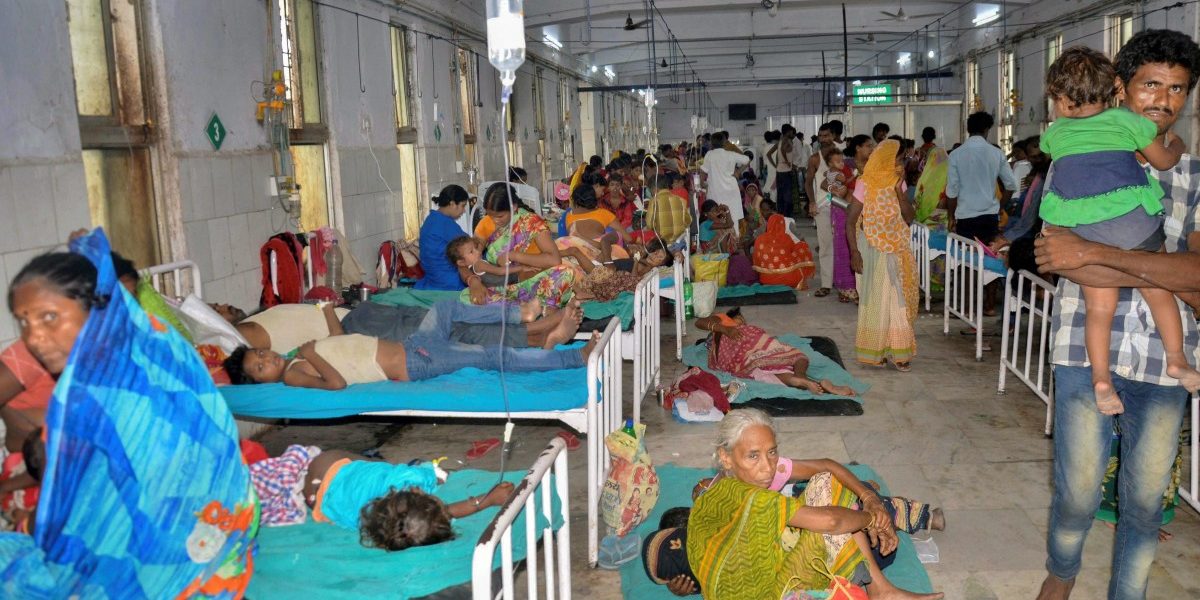 Children with symptoms of AES being treated in Muzaffarpur. Image: PTI/Files

The recent tragic and yet preventable deaths of over 150 children in the months of May and June in Muzaffarpur, Bihar show that nothing has really changed in the health system to address the acute encephalitis syndrome (AES) outbreak – a recurring annual phenomenon.

According to the data compiled from the AES/Japanese Encephalitis (JE) Presumptive Reporting Format used at Sri Krishna Medical College and Hospital (SKMC), Muzaffarpur and provided by the director of the hospital, 107 children died at the SKMC Hospital between May 1 and June 21. Another 40 children died either at the private Krishna Devi Prasad Kejriwal Hospital in Muzaffarpur, or after being discharged, or in the villages in the surrounding areas of Muzaffarpur, failing to reach a hospital in time.

As deaths began to mount, the paramedical staff, i.e. auxiliary nurse midwives (ANMs) and accredited social health activist (ASHAs), became engaged in an awareness-building programme or talking to parents about preventive measures and instructing them about the signs of the fever that they should observe. But it was too late.

According to the local people, this year, the state government was preoccupied with the general elections and didn’t give any attention to the AES outbreak. It is the responsibility of both the state and Union governments to ensure the implementation of preventive measures so that such epidemics do not occur, particularly when there is well-documented record of this outbreak taking place every year at the same time over the course of several years. The causes and the necessary steps to deal with the outbreak are also known and acknowledged.

In 2014, then Union health minister Harsh Vardhan visited Muzaffarpur and promised to build a 100-bed paediatric intensive care unit (PICU) at SKMC Hospital as a measure to fight AES. He had also proposed setting up a virology laboratory at Patna Medical College to conduct an in-depth examination into the causes of the AES outbreak. These promises have not been kept in the last five years and now, in 2019, this promise is being made again.

A well-equipped PICU with the appropriate infrastructure to provide care for critically ill children is indispensable to reduce the number of deaths in severe cases. But the effectiveness of intensive care, more than other areas of healthcare, depends overwhelmingly on the availability of skilled and qualified healthcare providers in the right numbers in the right place at the right time. Second, all such care must necessarily be supported by appropriate systems and protocols, in the absence of which all infrastructural developments will remain merely symbolic. 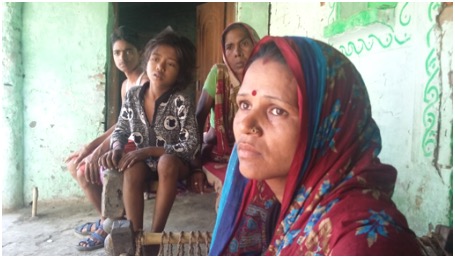 A family who lost a child to AES. Image: Authors

Overall, there is an 86% shortfall of total specialists required at Community Health Centres (CHC). Only one third of the CHCs have newborn care units, a compared to national average of 84%. The situation of PHCs is also quite poor as only 42% of PHCs are functioning 24×7. Around 26% of PHCs have operating theatres and referral transport, reflecting the poor quality of healthcare in the state.

The active presence of public healthcare and treatment facilities in villages is critical for locating problems at the source, providing treatment without delay, as well as for follow-up and monitoring of children, even after they have undergone treatment in a hospital and been discharged, or when their families leave the hospital against medical advice. The importance of village-level healthcare and treatment facilities as a first line of defence in controlling disease outbreaks cannot be emphasised enough. Therefore, it is of critical importance to take cognisance of the utter failure of the state to prevent this tragedy and to provide timely quality care.

The AES deaths are being attributed to a combination of factors like chronic malnutrition and consumption of unripe litchis. Litchis supposedly contain a toxin that blocks the production of glucose in body tissues in a fasting state, which, together with low food intake, may have caused hypoglycaemia, leading to unconsciousness and then to seizures.

Various experts have been trying to pinpoint the aetiology of this convulsive illness and the causes of the related deaths, calling them pre-monsoon encephalopathy syndrome. Along with this, the very high environmental temperature, use of pesticides in litchi farms, poor hygiene and parental lack of care were also cited as putative contributing factors.

In Muzaffarpur, most of the deaths took place in three blocks – Kanti, Mushari and Minapur – mainly among Scheduled Caste (SC) families and a few Other Backward Classes (OBC) families. The families of the victims are poor and work as daily wagers, migrant labourers, or small and marginal farmers.

Thirty-month-old Dinanath from Rautaniya village in Marwan block died from AES. His parents are daily wage workers. They have no land. His mother works on the lands of the rich farmers in the area and during the litchi season she works in the litchi orchids. His father has to leave the village for seasonal migration. The daily wages, which are seasonal, range from Rs 40 to Rs 60 per day.

The acute and widespread poverty in the area makes it very difficult for parents to provide sufficiently nutritious food to their children. In some villages, the anganwadi centres are located far away from many homes. Parents are reluctant to send their children in the searing midday heat as they fear the children will get heat stroke. As the schools are closed during summer, the school-going children do not get mid-day meals. “Even if the school is open, in this heat, how can we send the children?” argued a parent.

“The anganwadi does not function in our village and has remained shut for the past six years or so,” said the people in Morsand village, Minapur block. The non-functioning anganwadi centre is seen as incidental or inevitable, something that is typical of government schemes and programmes in a state like Bihar.

There were no attempts by the state authorities to intensify or widen the ambit of supplementary feeding measures in order to target those sections that suffer the most from rampant and persistent hunger, particularly in the pre-monsoon months when access to food is most restricted. It was already far too late when the state government finally began its efforts at relaying health-related information, alerting families about the dangers of the supposed toxicity of litchis, and distributing pamphlets and ORS packets accompanied with packets of biscuits.

What is striking is that almost 60% of the reported cases at SKMC were girls and around 64% of the deaths were also of girls.

It is important to explore the reasons behind the high death rate for girls. Was it because of delay in taking them to health facilities? Or were the reasons related more with structural causes, for example lack of services to address the comparatively poorer nutritional status of girls?

The state government and other authorities must, in particular, discern the higher incidence of AES and loss of lives among girls, consequent to discrimination, and undertake urgent measures to prevent and respond to it. While this context may not be unique to AES, the state government and other authorities’ disregard is unacceptable and must be challenged.

While an ex gratia compensation of Rs 4 lakh was announced by the state government, for the family of each child who died due to AES, a large number of them were unaware of the announcements, particularly among the most vulnerable families who were already struggling to cope with the tragic loss of their child.

Devika’s family, for instance, hoping that she had recovered, returned home with her to avoid prolonging her stay in the noisy, hot, uncomfortable and overcrowded hospital. Unfortunately, she died within a few hours. Devika’s death, and the deaths of other children in similar conditions and circumstances, took place at home and hence were likely to go unreported in the absence of any systematic process of recording and documenting them.

Since the state was unable to prevent these deaths, it must ensure that every family who lost a child (or children) to AES is suitably compensated. Compensation, nevertheless, is only one step in making reparations. It does not in any way absolve the state of the responsibility of ensuring that such catastrophes are not repeated.

The 150 children who died will soon be mere statistical entries, gradually fading from public memory. Unless urgent measures in the short as well as the long term are undertaken to address the dereliction of the state’s duty, we are simply biding time till another outbreak and its incontrovertible consequences next year.

Sarojini Nadimpally and Adsa Fatima are a part of Jan Swasthya Abhiyan and work on public health and women’s health. They made a four-day visit to Muzaffarpur in June 2019, and came up with a report with recommendations on the situation.