The same clerics played an important role in spreading awareness about the polio vaccine and making India polio free. 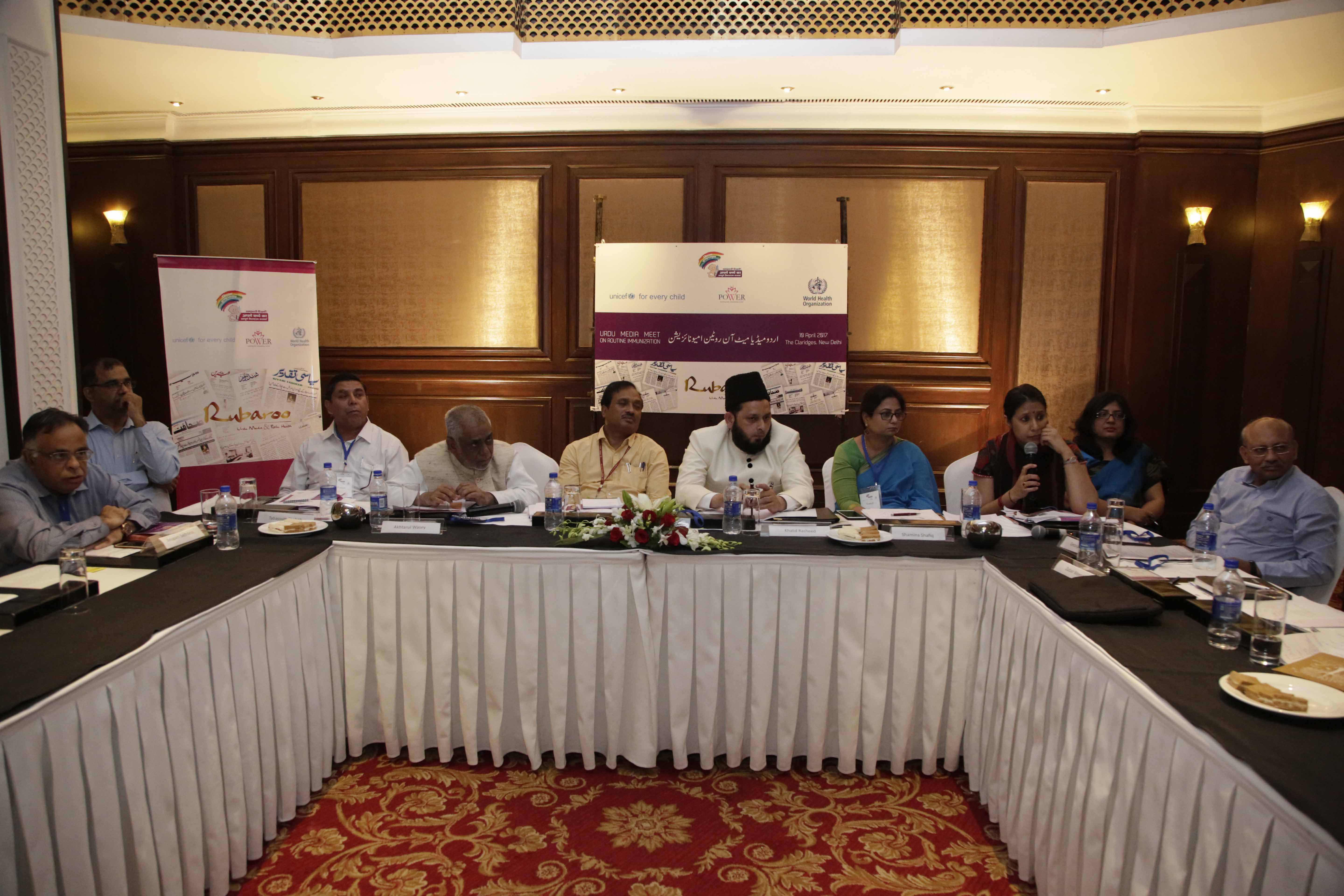 New Delhi: The Union health ministry rolled out an immunisation programme using a new measles-rubella vaccine early this year. Tamil Nadu, Karnataka, Puducherry, Lakshadweep and Goa are the first states the ministry has picked for the drive.

As per Union health ministry officials, the drive will be scaled up to all the states by July 2018, with the target of reaching nearly 41 crore children between the ages of nine months and 15 years. With this drive, the government aims to eliminate measles and control rubella and congenital rubella syndrome (CRS) across the country by 2020.

However, in February, a Whatsapp rumour spread about the measles-rubella drive, alleging that it was aimed at making Muslim children “impotent” and reducing the country’s Muslim population. The rumour reportedly affected the drive’s target delivery in Tamil Nadu.

With the rumour – which apparently originated in the Mallapuram area of Kerala – spreading far and wide, health officials in Karnataka had to start a Facebook campaign before taking the programme to the state. Media reports quoting health officials said the rumour even affected the immunisation drive in distant Haryana.

In response, the government, in collaboration with UNICEF, is engaging with religious leaders of the community to promote the vaccine, like it did with the polio vaccine, particularly in Uttar Pradesh. Since 2012, the country has been polio free, thanks also to the vital role Muslim religious leaders played in UP.

According to WHO estimates, India accounts for 36% of global deaths due to measles. A contagious respiratory disease, measles affects about two lakh children every year and killed nearly 49,200 children in India in 2015. Symptoms of CRS show up in about 40,000 Indian infants every year.

One of the prominent religious leaders to have played a role in India anti-polio drive was Maulana Rashid Khalid of Firangi Mahali, Lucknow. A member of the All-India Muslim Personal Law Board, Rashid said in an interview to The Wire on World Immunisation Day (April 24), “Religious leaders will help implement the same strategy this time too, to make the measles-rubella vaccination drive a success for the government.”

You, along with other religious leaders, played a vital role in making UP, and thereby the entire country, polio free in 2012,. For the last six years, India has been a polio-free country. What was the strategy adopted then?

There were two primary hurdles then: one was lack of awareness about polio and the other was the misconception about the polio drop itself. Many felt it was meant for children of only one particular community. So they refused to allow their children to take those drops. It was particularly prominent in parts of Delhi and Uttar Pradesh. So we joined hands with government health officials and organisations like UNICEF to tailor a multi-pronged strategy to address those fears and misconceptions.

First, we roped in the doctors of both Jamia Millia Islamia and Aligarh Muslim University to give us a certification that those drops were the same as the ones fed to the children of other communities. Once they certified it, we took the message to the public. We talked at length about the importance of polio drops in the speeches given before Friday prayers. We gave religious examples to drive home the point. We said what the Prophet said, that the health and education of a child are the responsibilities of every parent. We underlined that giving polio drops to a child is one such responsibility. People saw our point.

Thereafter, we visited various madrassas and Islamic centres where we ourselves fed the drops to the children. I fed the drops to my own child and that photograph was used by Urdu papers to promote the vaccination drive.

Also, jointly with the government, UNICEF and other organisations, we used the network of Urdu newspapers to publish signed public appeals from religious leaders like me, promoting the polio vaccination. The local FM radios were also put to use where there were question-and-answer sessions with leaders like us on the subject. Listeners could call and clear their doubts. At the end, the country became polio free in 2012. We became a good example for the world. 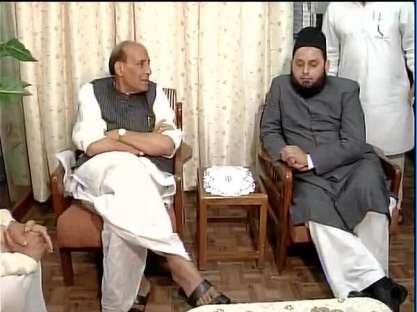 Recently, you took part in a workshop for Urdu journalists organised by UNICEF and the Power Foundation in New Delhi to spread awareness about immunisation, particularly about the new measles-rubella vaccine. Rumours about the vaccine recently affected the drive in some states. It could possibly effect it in other Muslim-dominated areas as well. Do you think the religious leaders can play a significant role in fighting such rumours again and making children free of these diseases?

Absolutely. I expressed this possibility in that workshop. We are already looking at repeating the same strategy with help from the Urdu press. This strategy later became possible models for countries like Nigeria, Pakistan and Afghanistan, where the same misconceptions exist. The government of India has committed itself in the UN to make its population free of various diseases. As a true Hindustani, I feel it is the job of everyone to help the government achieve this goal. I will also do my bit.

After the success of the polio drive in India, you offered to visit Pakistan and address the issue there too.

Yes, I did, and also got an invitation to visit Pakistan for it. However, soon after that, some people were killed in that country for promoting immunisation. So my plan ended there!

(UNICEF runs a Global Interfaith WASH Alliance (GIWA) platform worldwide to bring together leaders of various faiths to ensure everyone has access to clean, healthy and sustainable water, sanitation and hygiene (WASH). Since 2014, GIWA India has been very active in bringing together stakeholders for the cause of WASH through both action and advocacy.)

When do you plan to start promoting the measles-rubella vaccine?

I will begin by addressing the issue in Lucknow in this Friday’s prayers (April 28). From then on, we will take it forward, travel to places that require such interventions, etc.

Why do you think such rumours work so often on people? Is the lack of awareness directly triggered by lack of education? Do you think the government also needs to make an effort to help deliver education to the poorest among the Muslim community so that such issues can be tackled? The rate of education in this strata of society is very low.

Absolutely. If the government’s Right to Education mandate is carried forward effectively to poor and remote areas, the network of schools it would create can be effectively used for such health drives. Children themselves will be aware of the benefits of immunisation. I would say, each of these health drives would then only need half the budget.

It is natural in many remote places to have misconceptions about vaccines. For decades, the government machinery has not reached out to them; there are no proper roads, no drainage systems, no employment opportunities, no basic facilities – and suddenly a team of health officials arrive there to say we care for your children and therefore we want to vaccinate them. This just doesn’t work.

What I feel the health ministry should do is set up regular camps where people can get health checkups done, including the immunisation of their children. So, after some time, when the health officials go only for immunisation of children in those areas, the community will be more open to them. They wouldn’t need religious leaders like us then.