The Rs 6,000 announced by the prime minister as universal maternity entitlements is already mandated under the National Food Security Act 2013, although the government has chosen not to implement it yet.

Pregnant women await their turn for a consultation. Credit: Reuters 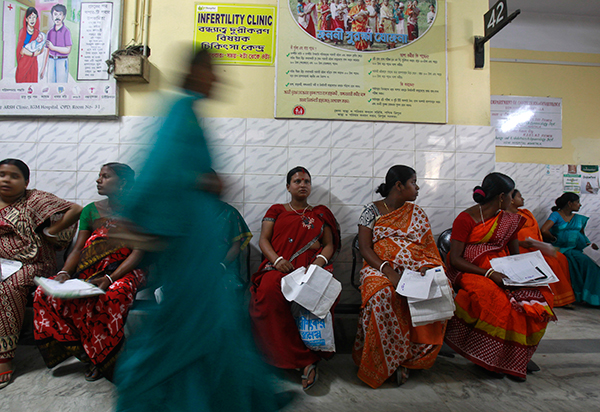 Pregnant women await their turn for a consultation. Credit: Reuters

New Delhi: In his New Year’s Eve address to nation, Prime Minister Narendra Modi made some bizarre claims about the nature of the economy and the use of black money. But a large chunk of his speech was focused on something else entirely: welfare schemes his government plans to implement to better the lives of the poor. But are these schemes really new entitlements? For at least one of the promises Modi made, that does not seem to be the case.

The prime minister announced Rs 6,000 as maternity benefits to all pregnant women who go to a hospital for institutional deliveries. This scheme, Modi said, will be floated across 650 districts in the country and the money will be transferred directly to the bank accounts of the women. Maternity entitlements are meant to compensate for wages lost due to pregnancy and give access to the nutrition necessary for the health of both the mother and the child. While women who are employed in formal sector are offered maternity benefits like paid leave by their employers, no such benefits exist for women in the unorganised sector, making universal entitlements from the government especially important for them.

In 2013, the National Food Security Act (NFSA) mandated that “maternity benefits of not less than rupees six thousand, in such instalments as may be prescribed by the Central Government” should be paid to all pregnant women. Modi made no reference to this pre-existing legislation even though he merely repeated what it said, perhaps trying to indicate that this was a novel scheme. It is difficult to imagine this being anything other than a deliberate attempt to mislead.

The enactment of this clause in the NFSA would have meant universalising the Indira Gandhi Matritva Sahyog Yojana (IGMSY), currently running as a pilot in 53 districts in the country. But despite this provision, a lack of budgetary provisions has meant that the scheme was not universalised and only (some) women already under the pilot programme have been receiving the benefits. Was Modi’s claim, then, a promise to better implement the NFSA? If so, and it certainly looks that way, why did he fail to clarify that? 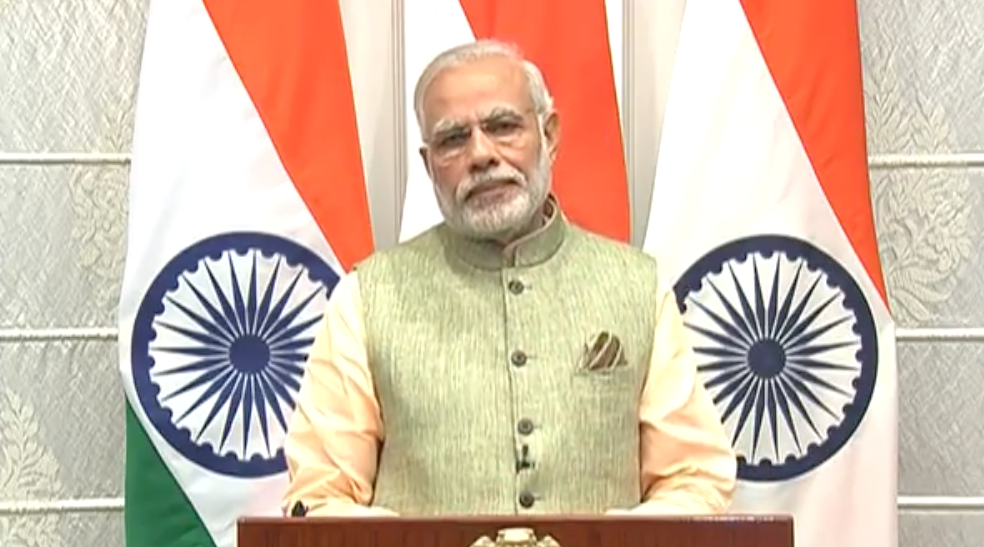 Launched in 2010, the IGMSY is the first central government scheme that provides cash maternity benefits to pregnant women. It has been implemented in 53 pilot districts, transferring Rs 6,000 to the mothers in three instalments. To be eligible, the woman has to be above 19 years of age and benefits are limited to a woman’s first two live births. A study by the Centre for Equity Studies on the implementation of the pilot project found that while women who did receive the full amount benefited from it, there were several eligible women even in the pilot districts who were left out of the scheme’s coverage because of the conditionalities involved, limiting coverage to about 20% of eligible women. Far from universalising the scheme, even the government’s pilot project does not cover everyone that it should. While universalising the scheme, the report argues, the government should remove the conditionalities (since they are most often not in the women’s control) and remove the administrative rigidities so that it’s easier to access the benefits.

Two NGOs from Rajasthan, Rozi Roti Adhikar and the People’s Union for Civil Liberties, have issued a statement questioning Modi’s announcement and demanding that the government increase budgetary allocations to implement the NFSA. “While a few years ago the IGMSY amount was increased to Rs 6,000 from Rs 4,000; to be in tune with the NFSA neither the coverage nor the budget allocated for the scheme has been enhanced. The budget for the scheme has remained around Rs 400 crore while around Rs 16,000 crore would be required to cover all pregnant women, who are around 29 million,” the statement said.

“A real test of what the prime minister’s announcement meant will be to see how much the budget next month will be allocated. One way in which it is already obvious is how the government seeks to restrict coverage is by imposing conditionalities on access to this entitlement; as already exists in the IGMSY … Maternity entitlements must be seen as a right for all women. In a country like India where more than 90% of women are outside of organised sector employment, cash transfers for maternity entitlements (as wage compensation as well) becomes a crucial tool. We demand that that the maternity entitlement as envisaged in the 2013 NFSAct be implemented to the hilt, which is without any conditionality making it universal as well in retrospect, since September 2013, when the act came into force,” it added.

Although the Centre has failed to implement universal maternity benefits as mandated by the NFSA, two states, Tamil Nadu and Odisha, have provided maternity entitlements with their own funds. In Tamil Nadu, the Muthulakshmi Reddy Maternity Benefit Scheme was launched in 1987 for women in Below Poverty Line households. The initial amount provided was Rs 300 per mother, having risen to Rs 12,000 per mother since 2011. According to an evaluation of the scheme by P. Balasubramanian and T.K. Sundari Ravindran published in the Economic and Political Weekly, nearly six lakh mothers benefited from the scheme between September 15, 2006 and March 31, 2011. In a survey conducted by them in five selected districts, the scheme showed results in increasing the number of institutional deliveries, though not all eligible women were able to receive the benefits because of the lengthy procedures involved.

In Odisha, the Mamata scheme is a universal maternity entitlement providing Rs 5,000 to all mothers. In a survey conducted by Reetika Khera and Rajkishor Mishra, it was found that although coverage was not universal, it was reasonably high. Studies on both schemes have also revealed that women usually use the money they receive for food and health checks. The Centre could learn from the experiences in these states, both the positives and negatives, if it is serious about universalising maternity benefits and not just making empty promises that it will choose to ignore once the budget comes along.