Speaking to The Wire's Mitali Mukherjee, Dr Jha said it was puzzling that a decision had been made to greenlight a vaccine that did not have prescribed data available. 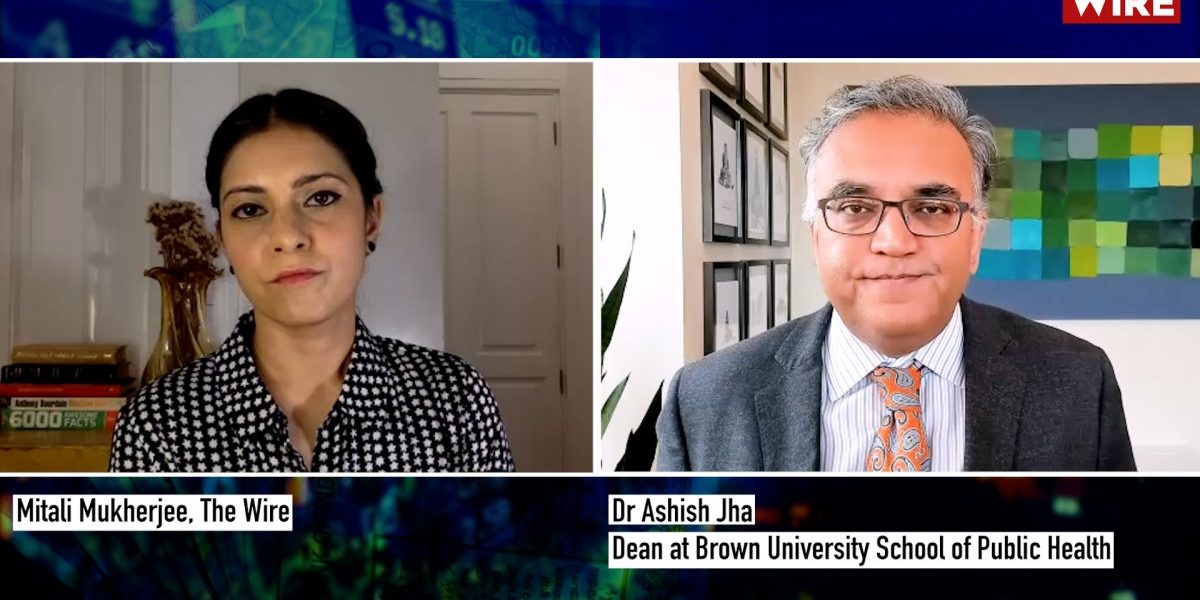 The Dean at the Brown University School of Public Health said he believed it was a mistake to authorise Bharat Biotech’s Covaxin without proper phase 3 data being made available. He also said he would not vaccinate himself with Covaxin.

Dr Ashish Jha said he believed AstraZeneca’s Covishield was not perfect but still had pretty robust data to present. However, there still is concern about (lower) advocated efficacy of Covishield with the current advocated spacing between the doses in India (a four week gap mandated by the government may lead to lower efficacy).

Dr Jha said it was puzzling to those proud of India’s scientific enterprise that a decision had been made to greenlight a vaccine that did not have prescribed data available. The move was akin to something China and Russia had done, and it was not a league, he believed, India should want to see itself in.

The most important thing to keep in mind through the process of vaccination and trials is to respect the choice and autonomy of people, he said, adding that India has strong safeguards for clinical trials and must ensure they are upheld. However, he iterated that the decision would likely not cause long-term damage to stature and could be reversed if greater data transparency was now followed.

On fears around virus variants, such as in the UK and South Africa, Dr Jha warned that it was a race against time for countries like the UK to get their citizens vaccinated. He said at this point, data suggests the current vaccines by Pfizer and Moderna should be effective against the UK variant, while it was still unclear whether the vaccines were working effectively against the South Africa variant.

The Dean at Brown University School of Public Health also believed that US President Biden’s decision join the Covax initiative, rescinding the one-year notice to the WHO to leave the union of nations, was an important step. The move by Biden administration is not just significant for the US to be part of this initiative but to step up and play a greater role in providing vaccines support to lesser developed nations and counter growing vaccine apartheid and vaccine nationalism.

He also stressed that it was essential to have universal vaccination in order to build any durable immunity or safeguard from the virus.