Most medical tourists need translators, who are hired by hospitals and charge high commissions. Patients are also often forced to do expensive tests, even if they may not understand what's going on. 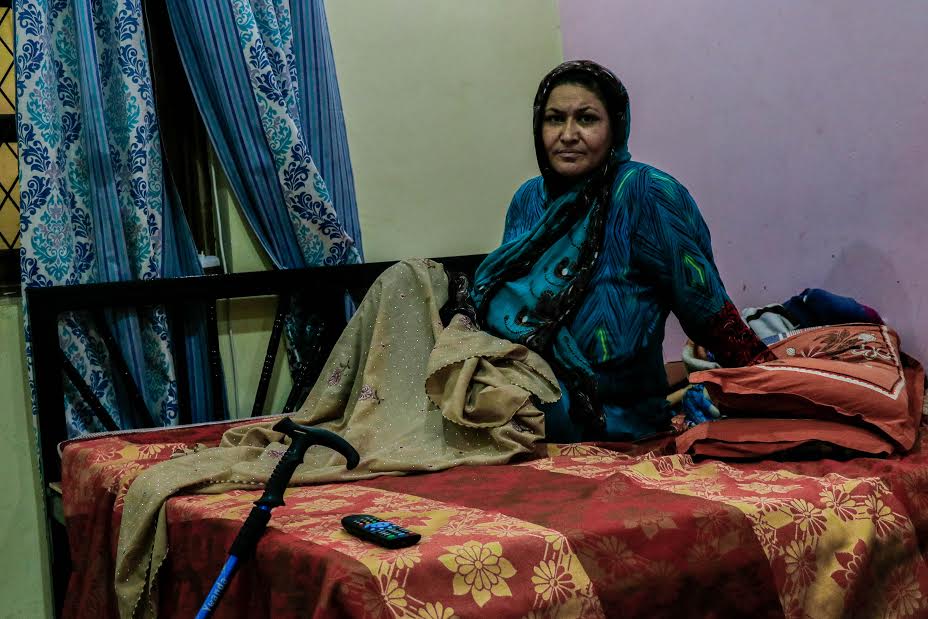 New Delhi: “I had got only $2,000 from Afghanistan,” she says, sitting on a bed with her leg plastered and small bandage on her left hand. Her forehead is covered with sweat as the fan wobbles in the humid room. Medical prescriptions and tests are spread over the two beds, with blankets neatly kept aside.

Zubaida suffers from severe back pain. Along with her son, she came to India for medical treatment thinking it would be affordable. She had never thought she would be duped by her compatriot, who had called her “sister”. Her translator, an Afghani, took Rs 50,000 more than the hospital charged her and fled to Afghanistan when confronted.

Medical tourists coming to India are frequently duped into paying extra by hospital middlemen and touts. Most often, self-appointed translators – who are the first contact of these tourists in India – take them to the hospitals and trick them into paying extra.

According to the Ministry of Home Affairs, in the first six months of 2016, 96,586 medical tourists had come to India. Due to the comparatively lower prices of the procedures and treatment, India attracts people from all over the world. In 2012, 41% of the medical tourists came from Middle East and North African countries, and 48% from Asia Pacific region.

Zubaida and her son rented a place in Lajpat Nagar in South Delhi thinking that since other Afghans live there too, it would be easier for them to spend their time and get the information they need. Neither of them speak Hindi.

“Translators charge 30-40% commission. An operation costing Rs 1 lakh would then cost Rs 1.5 lakh,” says Dev Singh Bisht, a pharmacist in Bhogal, who has been working with patients from different countries for over seven years. He learnt Pashto from his Afghan customers and often listens to the problems they face. He has seen laboratories extracting extra money from the customers and translators taking them to the hospitals that pay them the highest commission.

“I saw an Arab patient with a translator in a medical store, the patient was trying to ask the chemist when he has to take his medicines and how. The translator said to the pharmacist in Hindi, ‘Gadha hai (He’s an idiot)’,” says Rezwan. He is in Delhi with his sister Zarmati, whose ailment doctors could not detect in Afghanistan. A journalist by profession, this is his second visit to India. He too thought treatment would be affordable here, but had the opposite experience.

On Rezwan and Zarmati’s second day in India, they went to meet a doctor in a South Delhi hospital. Right away, the doctor recommended tests costing Rs 11,500 and charged Rs 7,500 for the examination. This was a much higher amount than he had expected.

On the day the results of the tests came, they visited the hospital again. The doctor was not available. They waited for a long time, even went back again in the evening, but he didn’t show up. They called the hospital the next day, the doctor was still not back. Zarmati was in a lot of pain.

They visited another doctor with her medical reports, but the doctor rejected the results of the tests the first doctor had asked for. This doctor asked for all new tests, saying that her joints were constricted and that’s why she was in pain.

After spending Rs 85,000 on tests, the doctor suggested an operation that would cost them Rs 5 lakh, plus his fees.

“But how could her joints move, if she had constricted joints?” wondered Rezwan. On asking the doctor, he retorted, “You are not the doctor, I am a doctor.”

Rezwan was faced with a dilemma – either he had to go ahead with the operation or find a different doctor. He was confused, and the behaviour of the doctors he had met so far was only making things worse. He decided to search for another doctor. This was their fourth day.

On the fifth day, they visited another doctor, with the hope that he might be able to help. The new doctor asked for more tests that cost Rs 18,000 and prescribed injections that would ease her pain.

“Her muscles have elongated,” the doctor said. Her pain was gone. They didn’t bother to ask what the disease was called. They are home now.

According to a Grant Thorton and CII report, the medical tourism industry in India is expected to grow to $8 billion by 2020. It is estimated that the current 9% of medical tourists coming from European countries will increase to 16% by 2018, with an additional 45% coming from the MENA region.

Maryam Ahmad Abdullah, 65, a Yemeni, is being treated for cancer at AIIMS, where she is accompanied by her 27-year-old son Abdul Jabbar Makrash.

She was diagnosed with rectal and lung cancer a year ago in Yemen, just a few weeks after her son got engaged. Planning for the wedding ceremony was on, but the news of her illness damped their happy spirits.

Immediately, Makrash applied for two visas to India. “We had to travel to submit the doctor’s prescription at Djibouti and then apply for a medical visa there,” he says. The application procedure included strings of processes; application for visa, approval letters from hospitals, arrangements for lodging, booking interpreters – the list is endless. From getting approval letters and signing piles of permission papers to making a sea journey to Djibouti in East Africa, it took a month’s struggle to complete the travel formalities. 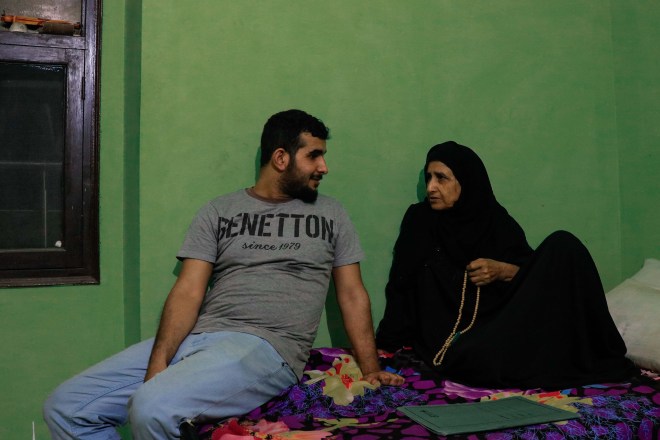 According to a study by Medical Tourism hub, a not-for-profit organisation based in the US, “Direct air connectivity, proximity, and cultural connectivity have helped people from Gulf to feel comfortable during their medical tour in India.”

Within three days of arriving in India, Makrash and Abdullah visited a private hospital in South Delhi. The first test cost them Rs 40,000 and the medical report stated – unlike the previous diagnosis in Yemen – that Abdullah was only suffering from rectal cancer. The report emphasised that she needed urgent laser therapy and chemotherapy, costing a total of Rs 3 lakh. That was in August 2016.

Makrash hadn’t brought a lot of money, but he could not think of going back home unsuccessful. “I want to see my mother healthy, this is the most important thing to me,” he says, placing a kiss on his mother’s forehead.

Within a span of three months, they spent Rs 6 lakh. His pockets were close to empty and he was slowly running out of hope.

Makrash’s family land in Yemen had been sold off by now to pay the hospital bills. The mother and son duo soldiered on, listening to doctors and paying them in cash for each successive test.

During the last months of 2016, Makrash could no longer afford the medical charges.

“I sold our property, gold and our ancestral weapons, one by one,” he says.

After the chemotherapy was completed, doctors suggested another surgery in a private hospital – but Makrash couldn’t afford it. At the end of December, a few of his friends in the embassy and elsewhere advised him to try his luck at AIIMS. Abdullah was admitted to AIIMS on humanitarian grounds. A few months into the procedures, she felt better.

However, by now, all their savings were over. Makrash’s Arab friends studying in the city started collecting funds for further procedures. With that, they managed to cover the expenses at AIIMS.

Zalmi*, who was admitted to a Gurugram hospital, was not as lucky. He had to return to Iraq without completing the treatment. Before coming to India, he had been to Lebanon, Jordan and Egypt, but his condition had not improved there.

“In India, it is good but expensive,” says his father, who accompanied him. They knew no one here and had to rely solely on translators.

“Anyone can be a translator, contact marketing people in the hospital and you become one. Without being certified and without regulations, they do their work,” says Zayeen*, an Arabic translator working in a Gurugram private hospital.

Zubaida’s son, meanwhile, tried to get his money back from the hospital she was treated at. They refused, saying that they were dealing only with the translator. They tried to lodge an FIR, but police refused to file it. Contacting the Afghanistan embassy didn’t help. Calls to the translator would either be cut or he would answer and threaten them.

“He returned Rs 25,000 and warned us not to approach police. He said this is happening everywhere,” says her son, speaking in Pashto.