Delhi government and Delhi police have both launched inquiries. 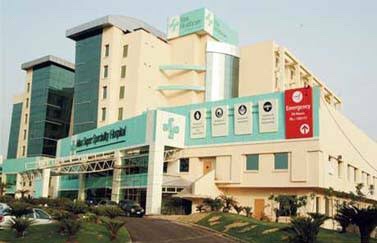 New Delhi: In a shocking case of apparent medical negligence, doctors at Max Hospital in New Delhi handed over the “dead” bodies of twin babies, only for the parents to realise some time later that one of the babies was in fact alive.

“After being declared dead, the babies were given to us in packets. When we left for the cremation ground we noticed movement and found that one child was breathing. We immediately rushed to the nearby hospital,” which confirmed the child was alive, said Ashish, the father of the children, to ANI.

The babies were born prematurely at twenty two weeks, on Thursday morning. One was still-born. The other was “without any sign of life,” says Max Hospital authorities in a statement.

“We are shaken and concerned at this rare incident,” said the hospital.

Union health minister J.P. Nadda has asked the Delhi government to “look into the matter and take necessary action.”

The Delhi government has ordered an enquiry. “Strongest action would be taken if found guilty,” tweeted Delhi chief minister Arvind Kejriwal. Delhi’s minister for health Satyendar Jain has asked for a preliminary report within 72 hours and a final report in a week. He called it a case of “shocking criminal negligence” and an “unacceptable act.”

The police have registered a case under section 308 of the Indian Penal Code. This section is for “attempt to commit culpable homicide” and carries a punishment of upto seven years of imprisonment.

“We can have the doctor’s name struck off from the national registry of doctors, based on our investigation,” says Dr Girish Tyagi, registrar of Delhi’s Medical Council. “We have suo motu decided to examine the case,” he says.

The hospital says that they too have intiated an enquiry and the concerned doctor has been sent on leave.

Nadda also used this as an opportunity to exhort states to adopt the Clinical Establishments Act, an issue which has been the source of friction around the country, most recently in Karnataka.