The state government has increased rates across the board, from registration to surgery fees and services that were previously free, like issuing disability certificates, are now chargeable. 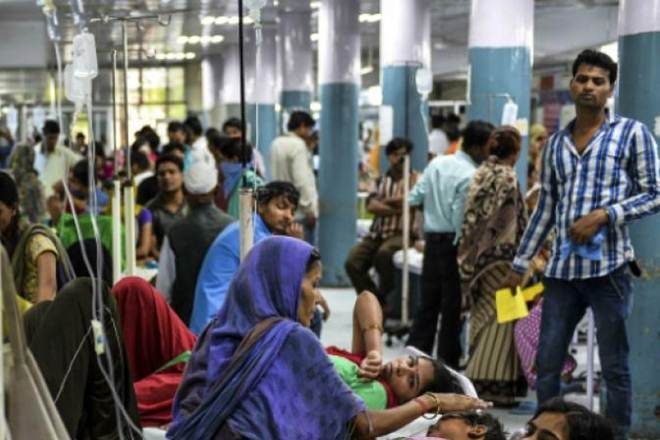 A representative image of a government hospital. Credit: PTI

In November 2017, the Maharashtra government issued a notification which has increased the prices of medical services in government hospitals. In a document of about 30 pages, the government has increased the costs of registration fees, room rents and has begun charging for services which were previously free, such as disability certificates.

The Wire reviewed this document and has analysed the expenditure of the state government on health, as against its desire to increase revenue collection from the public.

News reports explained that the government’s logic is that increased collection from patients will help them maintain infrastructure and equipment and will address the additional costs which medical colleges have been incurring after implementation of the Goods and Services Tax.

But this hike will also create a major burden on the pockets of ordinary people who access these government facilities.

A detailed analysis of the documents from the government shows major changes in the user fees for various services provided in the medical colleges hospitals.

Hikes in prices for patients, from registration to discharge

Charges for medical certificates have been hiked considerably, from Rs 50 to Rs 500. Many certificates were previously issued free of cost but now the government has decided to charge people for it. For example, discharge certificates and disability certificates are now chargeable.

How much has the Maharashtra government been spending so far?

In 2017-18, Maharashtra allocated a mere 0.46% of the State Domestic Product (SDP) to healthcare, in sharp contrast to the national average of 1.2% of GDP, which in itself is low.

Analysing the state wise figures from the recent ‘National Health Accounts (NHA)- Estimates for India,’ we can see the state of healthcare expenses made by the Maharashtra government in the year 2014-15. And the figures are not reassuring.

The National Health Profile 2017 reveals that Lakshadweep, Sikkim, Arunachal Pradesh, Mizoram, Andaman & Nicobar, Goa are the states that spend the most on healthcare per person. Their spending, respectively, was Rs 6565, Rs 5666, Rs 5196, Rs 5130, Rs 4172, Rs 2927. Some of these states have robust health indicators and a strong primary health-care services being delivered through the public health system.

Maharashtra is not spending a lot on health, but neither is India

In the NHA, the Government of India estimated the expenses incurred on health services in India in the financial year 2014-15. The data was released in 2017.

This report, when read with the recently declared National Health Policy 2017 and the United Nations Sustainable Development Goals, is revealing because it presents a complete picture of the health system in India and the expenses being incurred on health services.

In 2014-15, the per capita health expenditure in the country was Rs 3826. This amount can be broken up: of this amount, only Rs 1108 per person was spent by the Government of India (including central, state and the local government such as the municipality/zila parishad), while people have borne the remaining Rs 2394 to ‘purchase’ health services from public and private sector providers.

Various stakeholders in the society bear expenses to ensure that health care reaches the people of the country. The share of each stakeholder has not changed much from 2014-15, i.e., the central government bore 8.2%, the state government 13.3%, local self governance institutions bore 0.7% and the remaining, a majority chunk of 71%, was borne by people from their own pockets.

Simply put, the government of India spends very little on health care and the public spends the bulk of the money towards achieving healthcare.

One of the reasons for this is the success of the National Rural Health Mission in primary healthcare. This trend can be observed from an increased utilisation of public health facilities, especially in rural areas. For example, in government hospitals, the number of institutional births has risen from 56% to 70% as per the 71st Round of the National Sample Survey Office (NSSO) data.

Who will care about Maharashtra’s public health system?

The National Health Policy 2017 had spoken about strengthening the public health system, but also about the public sector and private sector entering into partnerships.

By increasing charges across the board, and so steeply, the Maharashtra government’s changes could increase the burden on the poor, who are already trapped between poor public delivery and an extortionary private service.

The current Maharashtra government often likes to play the tune of “development” but the fact is, 61% of the scheduled tribe population for example, is under the poverty line. Vulnerable populations like them are heavily dependent on the public health system.

This vision of development needs to also be applicable to the ordinary and the poor of Maharashtra. For this, expenses on social services like health, education and nutrition should be seen as a social investment, not as a drain.

Nitin Jadhav is a community health practitioner working on promoting accountability and governance in the health sector of Maharashtra. Ravi Duggal is Country Coordinator with International Budget Partnership.