The incident occurred in Taat Patti Bakhal area when a team of five was trying to find out the whereabouts of a person. 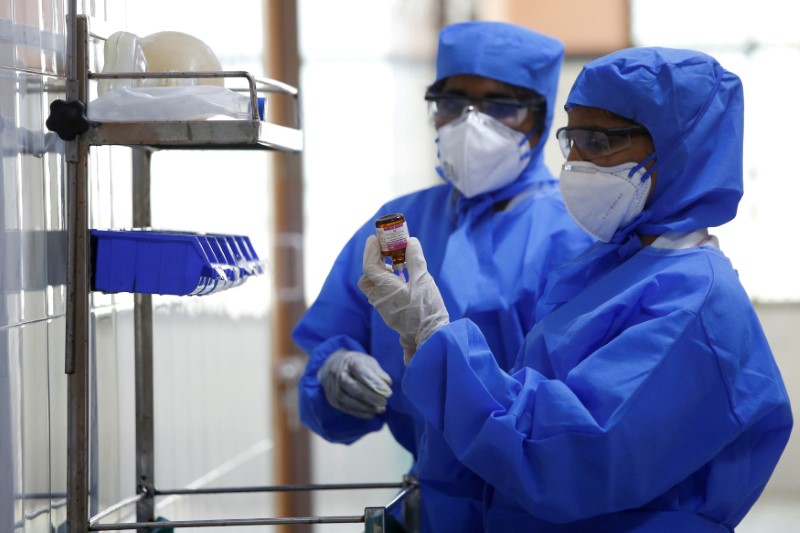 Medical staff with protective clothing inside a ward specialised in receiving any person who may have been infected with coronavirus, at the Rajiv Ghandhi Government General hospital in Chennai. Photo: Reuters/P. Ravikumar/File Photo

Indore: Two women doctors were injured on Wednesday in Indore when a team of health officials was pelted with stones while they were trying to trace a person who had come into contact with a COVID-19 patient earlier, police said.

The incident occurred in Taat Patti Bakhal area when the team of five was trying to find out the whereabouts of the person.

A woman doctor said they were rescued by police personnel.

“The moment we started enquiring about that particular person’s health, people started protesting and later some of them hurled stones. We were saved by police personnel,” she said.

Meanwhile, terming the incident as very unfortunate, Indore chief medical and health officer (CMHO) Dr. Pravin Jadia confirmed that the medical personnel was working to protect people from the coronavirus infection but they were pelted with stones.

“Two women doctors suffered injuries on their legs in the incident. They somehow protected themselves by hiding inside the vehicle of tehsildar,” the CMHO said.

A case has been registered at Chhatripura police station.